Kala-azar or visceral leishmaniasis (VL) is a tropical disease characterised by irregular fever, weight loss, anaemia and swelling of the spleen and liver. It is caused by a protozoan Leishmania parasite and is transmitted to humans by the bite of infected female sandflies. According to the World Health Organisation (WHO), globally, about 7 to 10 lakh new cases occur annually.

India accounts for about two-thirds of the total global cases, and the disease is endemic to Bihar, Jharkhand, Uttar Pradesh and West Bengal. An initiative was launched by WHO to eliminate VL as a public health problem from the South East Asia region by 2020. The deadline has now been extended to 2023.

In a recent paper published in PLOS Neglected Tropical Diseases a team from Rajendra Memorial Research Institute of Medical Sciences (ICMR), tells the success story of how they eliminated the disease from Vaishali, a district in Bihar where the disease is highly endemic. With an area of 2,036 square kilometres, Vaishali has a population of over 35 lakh and about 22% in the district get affected by VL each year. Their integrated control strategy helped reduce the number of cases from 664 in 2014 to 163 in 2016. “We call a disease eliminated when the annual incidence is reduced to less than 1 case per 10,000 people at the sub-district or block level. Eradication would mean there are zero cases. We were able to achieve the target in all 16 blocks of the District,” explains Pradeep Das, Director of the Institute and corresponding author of the paper. “We then implemented this strategy in other districts where the disease is highly endemic, namely Saran and Siwan, and we found about 48% reduction in cases within a year.”

Their programme included mapping of the case distribution, early case detection and chemical-based vector control. “We also carried out community awareness campaigns. Hospital staff and medical doctors in these regions were trained,” adds Dr. Das. “Once a person is diagnosed with VL, indoor residual spraying was done at his house and at the neighbouring houses within 500 metres. Though the disease is not contagious, the infected sand fly may be present in the area and the chemical spray will help kill them.” Nearly 2,500 ASHA workers and 1,000 field workers were also trained.

Rakesh Mandal, one of the authors of the work in an email to The Hindu adds: “A strong supervision and monitoring system is required. GIS-based mapping, and case data management and spatial visualisation system are required for the proper implementation of control strategies.”

He writes that routine monitoring is needed to identify if the Kala-azar vector has developed resistance to insecticides. “Also frequent monitoring of active cases – track, test, and treat strategy – in the hotspot region is very important at the current stage.”

writes Dr. Mandal, who completed his PhD from the institute under the guidance of Dr. Das. 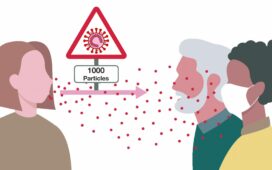 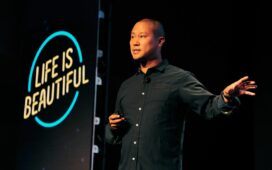 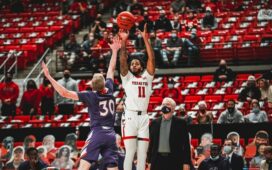 Red Raider Preview: vs. No. 17 Cougars 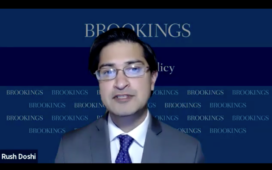