Techregister Logo
Techregister > Autos > How equipped is public transportation in the Northeast?
Autos

How equipped is public transportation in the Northeast?

A surprising pre-winter snowstorm hit the Northeast last week and brought mass transit in some of the nation’s most populated areas to its knees.

In New York, Port Authority Bus Terminal, the main gateway for interstate buses into Manhattan, was so crowded with commuters that it completely shut down. Across the East River in New Jersey, Newark’s Penn Station was wall-to-wall with exhausted straphangers who faced scattered delays.

In Philadelphia, SEPTA, the regional transportation authority, and Amtrak experienced cancellations throughout the day and night as trees took down train powerlines. 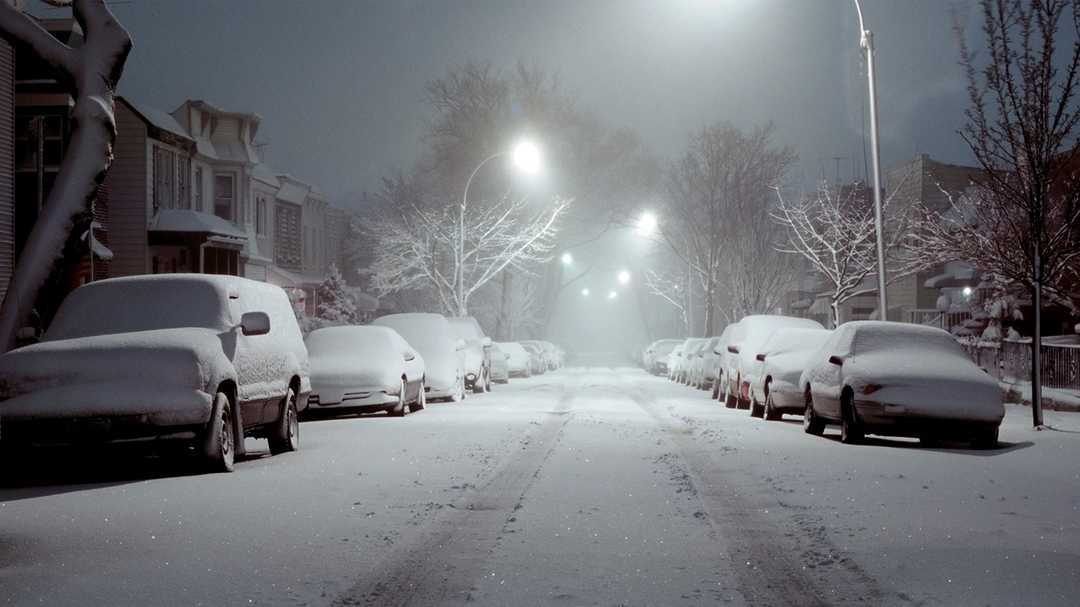 With an El Niño-predicted winter season ahead, are mass transit systems in the Northeastern section of the U.S. prepared to handle the snow?

Here’s what transit experts had to say:

“The city’s subways were built as a response to a snowstorm, so they’re largely resilient during snow events,” said Danny Pearlstein, policy and communications director at the Riders Alliance, an organization that fights for reliable public transportation. “The problem with the last storm was that the forecasts were off.”

The New York City subway system is over 100 years old and was built as a response to the Great Blizzard of 1888, a storm that paralyzed the East Coast from the Chesapeake Bay to Maine. The storm buried the unprepared city with drifts that were over 45 inches high, according to National Weather Service.

Though nothing nearly that significant is predicted this cold weather season, Pearlstein said the Big Apple’s public transit can use some upgrades above ground to prepare for the coming winter months.

“Our primary concern is that we build a bus network with all the features of a 21st-century bus system,” Pearlstein said. He said that only one out of every five bus stops has a shelter to protect commuters from wind, rain and snow. “We aren’t expecting service to be perfect, but we expect it to be safe and reliable.”

Like other cities, the first snow of the season led to a nightmare commute. Buses slid and got stuck, passengers had to walk in the slush, and trains were subject to delays up to 90 minutes, according to NBC 10.

In a statement, SEPTA said 32 of its bus routes were directly impacted by the storm.

“As long as you’re along a subway route, there’s a 90 percent chance you’ll get where you need to go during a snowstorm in Philadelphia,” said Marcus McKnight, who has over six years of transit experience, working in various capacities for Southeastern Pennsylvania transportation authority.

People who live or work on side streets will likely have a more difficult time getting to their destinations, McKnight said. 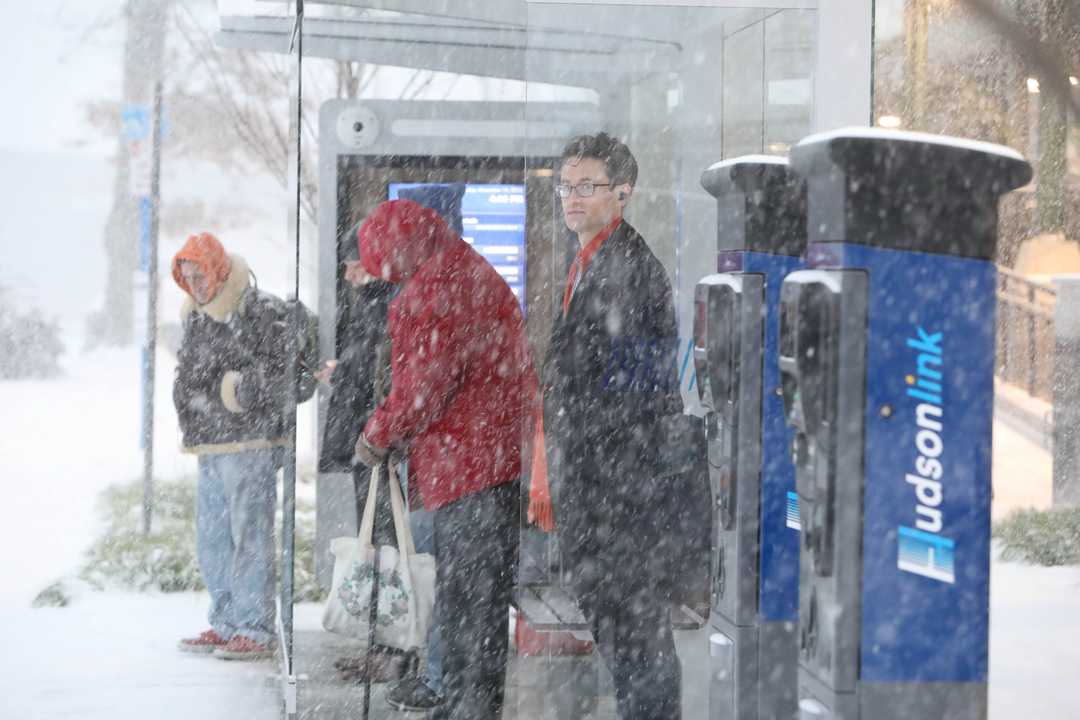 The nation’s capital has made strides to improve its public transportation system after years of deepening concerns over safety and reliability.

WMATA, the tri-jurisdictional government agency that operates the transit service, installed thousands of electrical insulators to reduce fires, new railroad ties to help keep tracks properly in place, and if a rush hour trip is delayed by 15 minutes or more, the ride is free of charge.

Despite the improvements, transit enthusiasts say that the system can quickly become unreliable when faced with weather disturbances.

“I don’t think there’s anything remarkable about how D.C. performs in the snow. It’s bad in the rain, it’s bad when it snows, and it’s bad just about any other time,” said the founder of Unsuck D.C. Metro, an anonymous blog and Twitter account that tracks the Metro’s problems. “Despite billions in investment over the past ten years, service seems to just be getting worse.”

D.C.’s subway ridership has been on the decline for about a decade, the transportation advocate said.

The railroad system in D.C. will shut down if snowfall approaches eight inches, WMATA said in a statement, and bus service is limited to major roads only. During light snow, most services should operate normally.

In 2015, Boston broke its seasonal snowfall record with 108.6 inches, leading to what experts called “one of the biggest transit failures in recent history.”

There was a series of blizzards and snowstorms for several weeks in a row, completely wiping out the T, Boston’s subway service. Since then, Massachusetts has invested over $100 million toward snow-proofing the transit system.

“In advance of this winter, we’re doubling down on our efforts to highlight the key resources that allow us to get the most accurate information about service out to our customers so they can make informed decisions,” Transit Authority General Manager Luis Manuel Ramírez said in a statement last year.

“It’s commendable that the state committed this money to invest in resiliency measures,” said Tim Lawrence, VP of operations and communications director for Transit Matters, a public transportation advocacy group. “But there’s one ongoing problem.”

Boston’s Blue subway line runs along the beach at sea level and under the Boston Harbor, Lawrence said. “Being right on the harbor, snow can cause higher than normal tides which can lead to flooding in some of the stations. We are trying to push the Commonwealth to think about that.”

“No matter where you are, when you get a record amount of snow, things are going to break,” Lawrence said. “We’ve learned that whatever problems exist before it snows will really be highlighted when there’s a blizzard.” 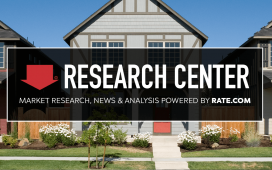 Should I Buy an Electric Car? | Cost of Electric Vehicles 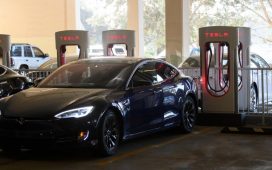 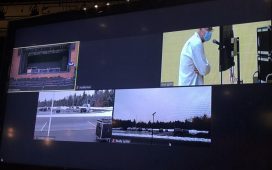 In garages, tents and cars, towns plan to meet – The Union Leader 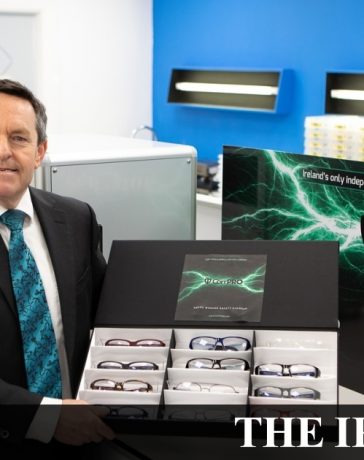