Techregister Logo
Techregister > Science > How can we solve the energy crisis and mitigate climate change?
Science

How can we solve the energy crisis and mitigate climate change?


Symptoms of the looming climate crisis abound: 50-year extreme heat events happening every year, melting of polar ice sheets, forest fires that encircle the globe, tropical cyclones of greater size, intensity and, as was very evident in Hurricane Ida’s recent visit to New York, unprecedented levels of precipitation. These are all expected outcomes of the increasing quantities of greenhouse gases we have been pumping into the atmosphere, and they are going to get worse. Nothing we are doing suggests that we will keep global temperatures within 2°C of pre-industrial levels—a goal of the Paris Agreement. An increase of 2°C would be extremely unpleasant. An increase of 5°C by 2100—predicted by some of the business-as-usual models and compatible with our current trajectory—would be planet-changing. Temperatures will not stop rising just because we have hit the arbitrary cut-off point of 2100, and what may happen thereafter is truly frightening.

Solving the impending crisis requires amending our energy choices, but we must appreciate how restricted our options are. Any energy choice ultimately lives or dies by its EROI: energy returned on (energy) invested. A seam of coal might supply a given quantity of energy. Against this there is the amount of energy we must invest to extract it—energy expended by miners, energy put into building tools, etc. The EROI of this coal is the ratio of the energy it yields to the energy we invested in its extraction.

Both material and social features of a society depend on the EROI of its energy sources. To maintain a society recognizably akin to ours in terms of its material comforts is estimated to require an EROI in the range 11-14. To maintain a society with some of the hallmarks of successful liberal democracies—high scores on the Human Development Index, childhood health, gender equality, female literacy—may require a societal EROI of around 25.

Mitigating climate change while maintaining energy sources with the required EROIs is no easy task.

Historically, fossil fuels have sported astonishingly high EROIs of 100+. Today, these have dropped to roughly 25-29, already uncomfortably close to the required minimum. Making fossil fuels climate friendly will require extensive use of carbon capture and sequestration (CCS) technology. If it works at all—the jury is still out—CCS will be an energetically expensive process, almost certainly reducing the declining EROIs of fossil fuels below the point of viability.

Nuclear power is another option. Unfortunately, the EROI of nuclear fission has never been particularly high: most peer reviewed assessments coalesce in the 5-14 range. Nuclear fusion—if it can be made to work—will not be available in time to combat our climate problems.

This leaves renewables. However, it is unclear if any renewable energy source will have the EROI required to maintain society in its current form. Biofuels, with EROIs of 1-3, will not cut it. Peer reviewed estimates of the EROI of solar power range from 1 to 10, and for wind power from 3 to 15. Hydropower is promising, with estimates ranging from 10 to 84, but the dearth of suitable sites makes hydropower an unlikely general solution to our energy needs.

Food—an energy choice no less than fuel—provides the path between the rock of climate change and hard place of unworkably low EROIs. Meat requires the investment of 82-96 times as much energy as it returns. It is an energetic indulgence we can no longer afford. This energy choice is responsible for 14.5% of climate emissions. Crucially, 44% of all anthropogenic methane would be removed from the atmosphere by abandoning this choice. Methane is especially important in the battle against climate change not only because it is far more potent than carbon dioxide but because, with an atmospheric half-life of only 8.5 years, we can expect to be rid of it very quickly, in a timeframe that would make a significant difference to near-term climate mitigation.

Abandoning meat opens a further opportunity: afforestation—growing of trees on land not recently used for that purpose—on a vast scale. An acre of newly afforested land sequesters between 2.2 and 9.5 metric tons of carbon dioxide per year. Let’s assume 5.5 tons. Annually, the average American is responsible for 16.5 metric tons of carbon dioxide. To offset the nation’s carbon footprint, therefore, we need to find three acres of land per person. Multiplied by the 330 million population of the United States, we need to find 990 million acres. Abandoning animal agriculture will not quite get us there but will take us surprisingly far. Currently, 834 million acres are devoted to animal agriculture, either for grazing or for the growing of animal feed crops. The extra land needed to grow crops for human consumption would, because of inefficiencies involved in converting plant protein into animal protein, be vanishingly small compared to that currently dedicated to animals.

In a recent satellite study, Jean-Francois Bastin and colleagues have estimated that, globally, 2.2 billion acres of land are available for afforestation. Afforested, this would erase humanity’s carbon footprint. The problem is that much of this land is currently used for animal agriculture. Abandoning animal agriculture, and afforesting this land, is the most effective step we can take against near-term climate change. 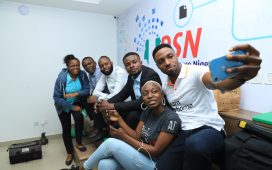 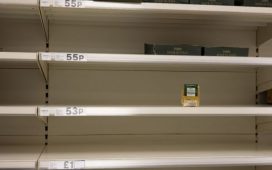 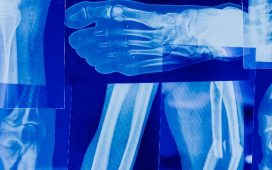 Stem Cell Population Identified That Is Key for Bone Regeneration 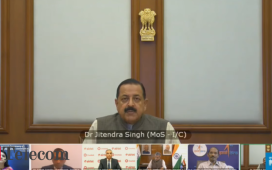 Technical debt will sink you

It's time adland ditched the 'B word'