Techregister
Techregister > Business > Entrepreneur > How A French Duck Breeder Is Helping To Beat Omicron, Plus Short-Sellers Feast On Beyond Meat And The VC Warning Food Tech Investors On ‘Ego-Driven’ Valuations
Entrepreneur

How do you get through a week that feels like a never-ending slog? I’ve been making to-do lists for my to-do lists over here, but I want to hear your tips.

I had some fun with the weird feature below. A duck breeder that spun off a Covid-19 vaccine developer? Yup, that’s right. Reporting on the ever-changing world of how we eat keeps me going otherwise. I wish you all the energy you need to make it through the week.

This is Forbes’ Fresh Take newsletter, which every Thursday brings you the latest on the big ideas changing the future of food. Want to get it in your inbox every week? Sign up here.

The French Duck Breeder That’s Helping To Vanquish Omicron. The company with an estimated $1 billion contract to make Covid-19 vaccines for the European Commission was best known until recently as a leader in the field of animal genetics.

Short-Sellers Feast On Beyond Meat. “We tend to try to be in names that aren’t widely shorted,” said Charles Lemonides, the founder and chief investment officer of $12 billion ValueWorks. Beyond Meat’s stock price has dropped 40% since Lemonides took a short position in October. “There’s reason to short the stock still, but the fact that there’s that many shares sold short is definitely a concern.”

Fund Warns Alt Protein Investors Should Avoid Ego-Driven Valuations. The alternative protein-focused VC has closed an oversubscribed $166 million second fund, but it says that ego-driven valuations and the mentality of rushing to exits in the sector could damage founders’ well-intentioned impacts.

Half Of U.S. Restaurants Left Out Of Federal Aid May Shut Down From Omicron Variant. Restaurants that have survived Covid-19 without government assistance may not be able to do so much longer.

How Two Oakland Women Created A Million Dollar Wine Business During The Pandemic. When Erica Davis realized that many wine marketing firms were targeting women of color as only drinking sweet wines, she became concerned. Out of that frustration, the Sip Society—a subscription box containing three small bottles of sparkling wine—was born. Davis joined up with Catherine Carter, and the women now manage a thriving business.

Why M&M’s Rebrand Should Drive CEOs To Ask Their Marketers 5 Critical Questions. M&M’s announced that the brand has a global commitment to inclusion and belonging. Perhaps it is time to pause and reflect on the movement of publicizing virtue.

Handmade tortillas from heirloom corn? I continue to be wowed by tortillas from Sobre Masa, a Oaxacan cafe in Brooklyn owned by a husband-and-wife duo named to the Forbes Under 30 list in December. A quick toast in the pan and my lunch of leftover chili and Rancho Gordo scarlet runners on a tortilla was complete.

Chloe Sorvino leads coverage of food and agriculture as a staff writer on the enterprise team at Forbes. Her nearly eight years of reporting at Forbes has brought her to In-N-Out Burger’s secret test kitchen, drought-ridden farms in California’s Central Valley, burnt-out national forests logged by a timber billionaire, a century-old slaughterhouse in Omaha, and even a chocolate croissant factory designed like a medieval castle in Northern France. Her book on the fight for the future of meat is forthcoming from Simon & Schuster’s Atria Books in September 2022. 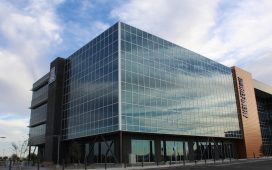 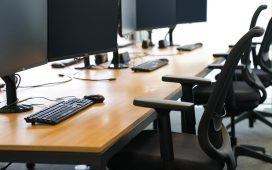 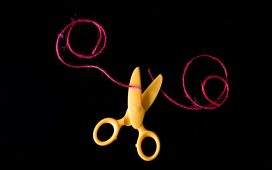 Tech layoffs top 15K in a brutal May 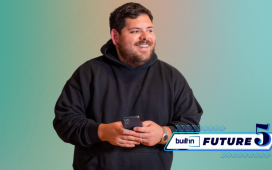