Despite a rich history of motorsports success at nearly every level of competition, Honda has produced very few legitimate sports cars in its 70-year history. No, we’re not denigrating the incredible Integra Type R, nor are we thumbing our noses at some of the all-time driving greats like the CRX, Prelude, and current Civic Type R. Adhering to the semi-strict definition of two-seat, rear-wheel drive cars, only a handful fit the bill.

Of course, on the subject of Honda sports cars, the original NSX is likely the first to pop up in your mind, but we’ve blathered a bit too much on that mid-engine wonder. While they’re hardly hurting for attention, let’s take a look at the beloved Honda S800 and the modern S2000, a pair of two-seat rear-wheel-drive roadsters that continue to capture the imaginations of enthusiasts, especially considering Honda currently doesn’t offer a comparable analog in 2020, at least not in the ‘States.

Before Honda ever put its stylized “H” onto something with four wheels, the Japanese firm made a name for itself as a prominent manufacturer of high-quality motorcycles, mopeds, and sports bikes. So, when company founder and longtime head-honcho Soichiro Honda decided to turn his and his team’s prodigious motorcycle engineering expertise to cars, it’s no surprise the resulting family of cars packed high-revving, small-displacement engines.

Before the successful launch of Honda’s first-ever car—the T360 kei truck—the nascent automaker turned its talents onto a sports car platform, developing the S360 roadster for 1962. Under the front hood was a microscopic—at least by American standards—360-cc (0.36-liter) DOHC inline-four cylinder, fed to the rear wheels via a manual transmission and a fascinating chain drive system. After enthusiastic response from existing Honda dealers, the S360 made its debut at the 1962 Japan National Auto Show alongside the T360 and S500; eventually, it was decided the more powerful S500 held more appeal for other markets, so the S360 never made it past a working production prototype.

Essentially, the S500 is the S360, just with a larger displacement engine. The new 531-cc DOHC four-cylinder spun out 44 horsepower through the four-speed manual transmission and chain drive, topping out at a stunning 9,500 rpm redline. With only 1,500 pounds to lug around, and a top speed of 80 mph, the S500 was good lower-speed fun.

Despite the diminutive size, the S500 packed an impressive amount of tech for the era. Aside from the stratospheric redline and unusual chain drive, the S500 rode on a fully independent suspension, incorporating torsion bars at the front and diagonal coilovers in the rear.

Just like the S500’s upgrade from the S360, the S600 was an upgraded take on the S500, with a larger 606-cc inline four-cylinder. The new engine’s output rose to 57 horsepower, the redline still at a lofty 9,500 rpm. This was Honda’s first truly global car, with export versions of the S600 available in both right- and left-hand drive. The little S600, along with a fastback coupe variant that arrived in 1965, brought the fight to British roadsters from MG, Triumph, and Austin-Healey.

The final iteration of the early “S” lineup was the S800, introduced in 1966. Displacement grew to 791 cc, redline dropped to 8,500 rpm, and power surged to 70 horsepower. With this extra spice, the S800 was the first Honda car capable of 100 mph. Early production examples retained the innovative and motorcycle-derived chain drive setup, but later S800s made use of a traditional driveshaft and live rear axle setup.

After the S800 left production in 1970, 11,536 examples of combined roadster and coupe configurations had left Honda’s factory in Japan. After this, it took the automaker almost thirty years to release a proper successor to the early S roadsters.

The Return: The Honda S2000 Arrives

First shown as a concept at the 1999 Tokyo Auto Show, Honda launched the production version of the S2000 in 1999 to commemorate the automaker’s 50th anniversary. This was the first real sports car the world had seen from Honda since the first-gen NSX—which was still in production at that time—but the S2000 was much more accessible to the buying public than the comparatively expensive NSX.

No bonus points for guessing where the name comes from. Sticking with the naming convention set forth by the S500, S600, and S800, the S2000 derives its four-digit nameplate from the 2.0-liter (2000-cc) four-cylinder under the front hood. In the thirty years since the S800’s discontinuation, Honda established itself as one of the best engine builders around, full-stop, so it’s not really surprising the 2.0-liter F20C immediately cemented itself as one of the greatest engines of all time.

Just like its S roadster ancestors to come before it, the S2000 focused on a peaky powerband with a high redline. A stout 237 horsepower and 153 lb-ft of torque were sent to the rear-wheels through a snappy six-speed manual transmission, returning a zero-to-60 mph sprint somewhere in the six-second range, depending on how much you abuse the clutch. That 2.0-liter won’t stop spinning until the digital display hits 8,800 rpm, a tremendous figure for a modern four-cylinder, and contributes to the 2.0-liter having—at the time—the highest specific output of any naturally aspirated engine in production.

Dynamically, the S2000 is still modern by 2020 standards. Its 50:50 weight distribution, double wishbone suspension, electrically boosted steering, Torsen limited-slip differential, and front-mid-engine layout makes the S2000 one of the sharpest-driving roadsters, ever.

Later updates resulted in a mid-cycle refresh of the S2000, referred to as the AP2 among enthusiasts, that raised displacement to 2.2 liters (though no name change to reflect the increased displacement, this time) and lowered the redline to 8,000 rpm, but flattened and widened the power curve and boosted torque to 162 lb-ft. the first five gears received shorter ratios, with the sixth gear lengthened, along with the introduction of stronger carbon fiber gear synchronizers.  The AP1 (first generation in U.S.) had a reputation for snap oversteer; the AP2 incorporated a raft of chassis revisions aimed at reining in that rear end. In addition to the retuned suspension and new standard tires, the subframe was also stiffened.

For the 2008 model year, the U.S. received the limited Club Racer edition—known as the S2000 CR. As is the case with most go-fast special editions, the CR focused on cutting weight and battening down the chassis. A new stiffer suspension was one of the most significant additions, along with upgraded exhaust, quicker steering rack, wider rear tires, and the removal of the power top mechanism, replacing it with additional structural componentry. As a result, the CR arrived only with a removable hardtop. Compared to the regular S2000, the CR managed to cut 90 pounds. Only 699 CRs made it to the U.S. between 2008 and 2009 before the ongoing financial crisis, and increasingly slow sales, cut the model from the lineup.

A Battles Of the Ses: How the S2000 Stacks Up With Its Ancestors

Fundamentally, the S2000 presents itself as a pitch-perfect modern interpretation of the S500/S600/S800 family of yore. Like the older cars, the S2000 packs a high-revving four-cylinder engine, but though the first S’s tiny four-bangers were a direct result of Honda’s motorcycle know-how, the S2000’s engine was the culmination of the prior 30 years of sustained four-cylinder automotive excellence.

Both old and new Ses are characterized by no-frills, driver-focused interiors and handling characteristics that ride the knife’s edge between playfulness and surprise oversteer for drivers who aren’t prepared or familiar with the platform. Despite some unpredictability, both old and new models are fantastically fun cars, regardless of age or specification. If we’re being melancholic, both also represent a side of Honda as an automaker we haven’t seen in a while.

Hondas of today are sharper and more enthusiast-oriented than their typical competitors, but aside from the fabulous Civic Type R and the pricey and very synthetic NSX, Honda is increasingly moving away from the type of cars that made it so beloved in the first place—further illustrated by the recent cancellation of the Accord manual, Civic Coupe, and Fit.

If you’re hoping for a triumphant return of a snappy rear-drive roadster from Honda, don’t hold your breath. Sales for small sports cars—particularly convertibles—are down across the board, and have been for some time. A sizeable investment into a dedicated rear-wheel drive platform doesn’t seem likely for a company making significant moves toward a more eco-friendly future.

Bonus: The RWD Honda Roadster Lives! (Just Not in the U.S.)

Honda superfans already know what we’re talking about. In 2015, Honda released the micro-but-mighty S660, a flea-sized replacement for the older Honda Beat kei car. Like the Beat—the only other rear-wheel drive Honda sports cars outside of the S series and NSX—the S660 is part of Japan’s kei car segment that, by virtue of truly diminutive dimensions, receives less regulation and fees from the government.

Also like the Beat, the S660 is a mid-engine, three-cylinder, rear-wheel drive roadster. Power for the S660 comes from a 660-cc turbocharged three-cylinder engine mated to either a six-speed manual transmission or a CVT. A Beat-matching 63 horsepower is on tap, providing adequate motivation for the S660’s 1,800-pound frame—enough for a 0-to-60-mph time somewhere around 12 seconds and a top speed of 87 mph.

Want one? Sure thing, as long as you can up and move to Japan, as that is the only place the S660 is currently sold. Without doubt, there are interested parties in and outside of the U.S., but the reasonably slow and very small S660 would be an unpleasant match for our vast network of open roads and preponderance of towering trucks. 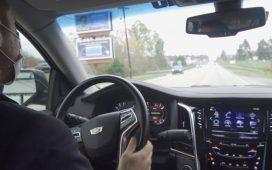 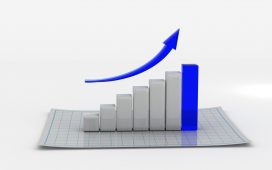 4 INNOVATIVE Companies to Own for 2021 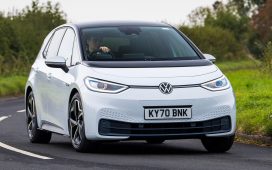 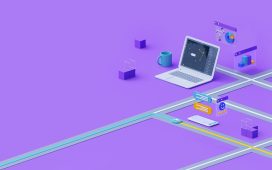