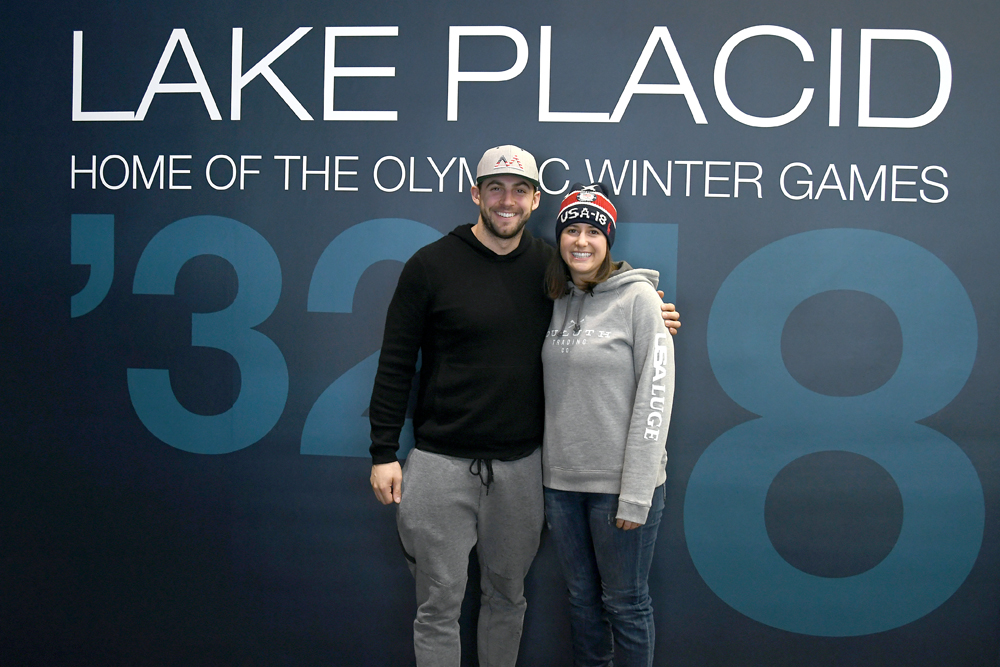 LAKE PLACID — Emily Sweeney and Chris Mazdzer have already pleasantly surprised themselves by meeting some of the goals they set out to accomplish heading into the World Cup luge season.

Along with the rest of their American teammates, the two veterans with local ties are hoping for continued, and even more success when they compete this weekend in the Viessmann World Cup at Mount Van Hoevenberg.

Mazdzer, who grew up in Saranac Lake, and Sweeney, who owns a home in Lake Placid, are coming off an Olympic season that yielded what could be considered very opposite results. Mazdzer was enduring a frustrating season heading into Pyeongchang and was on the verge of walking away from the sport following those Olympics. But instead, the 30-year-old broke through with a silver medal in men’s singles and is now planning to extend his sliding career through the next Olympics, which take place in Beijing in 2022.

Meanwhile, Sweeney suffered a brutal fate on her fourth and final run in South Korea when she crashed, which resulted in a broken neck and fractured back.

This week, the pair will be back on the track where they first learned to slide, and they are both riding high entering the fourth World Cup stop of the season. Not only will Mazdzer compete in his usual men’s singles event, he’s also teaming with veteran Jason Terdiman in doubles as they reunite to compete together again in that discipline after a 10-year hiatus that stretched back to their days on the junior team. The duo has already made waves on the tour, finishing fifth last weekend in Calgary, Alberta.

And when looking at a rousing comeback, the 25-year-old Sweeney couldn’t have done things much better, taking a women’s singles bronze medal in her first World Cup race of the season in Whistler, British Columbia last week.

By joining Terdiman, Mazdzer has become the first luge athlete in decades to compete in both singles and doubles, and for him this season is all about improvement while juggling a really tough schedule. When Terdiman’s longtime doubles partner Matt Mortensen retired after last winter, the door opened up for Mazdzer, and he eagerly walked through it.

“I made the decision to do both because I love the challenge,” Mazdzer said. “No one currently does both. It hasn’t been done successfully in a long time, not in the modern era of luge. Basically, Matt Mortensen and I have just switched out. It’s been a lot of work, but it’s been fun, and we’ve had some great results. We’ve gone 10th, seventh, ninth, fifth so we’re hoping to continue that upward trend this weekend.”

As a newly formed team, Mazdzer and Terdiman have already reached an objective they set prior to the season by finishing fifth in a doubles race this winter. Mazdzer said doubles has made racing singles a little tougher due to the differences in speed, timing and working with a partner, but the Olympic silver medalist realizes that all comes with the territory.

“Going back and forth has been challenging,” Mazdzer said. “I’m not consistent yet, definitely make mistakes, but that’s what this year is for.”

Mazdzer said in doubles, the sled “turns like a bus,” while singles sliding is all about finesse, and getting accustomed to doing both on the same race day has been the focus. So far, Mazdzer has done a solid job, including a sixth-place performance in men’s singles in Whistler on Dec. 1.

“I don’t think I’m as solid in singles as I was last season, and that’s just because when you go back and forth, especially in races, you have to spend all week just getting ready to give 100 percent at the races, and right before my singles race, I’ve already done a doubles run. So I’m like ‘It’s going to take a couple of curves to kind of get that feeling back,’ because the sleds drive slightly different. Right now in singles, I would say I’m at about 90 percent in a sport where you need to be 95 plus to be in the top 10.”

A bone-breaking crash at a speed of more than 80 mph might be enough of an impetus for some athletes to call it a career, but that wasn’t the case for Sweeney. If anything, the bronze in Whistler was a sign that things appear to be back on track for a determined athlete who has now collected five World Cup medals.

Sweeney wrapped up her summer and preseason of recovery by skipping the World Cup opener in Innsbruck, Austria, choosing instead to get in a little more training time at the track in Whistler. After getting back on a sled for the first time this fall in Lillehammer, Norway, Sweeney seems to be back in the groove.

“I like to say it was the most spectacular crash of the Olympics,” Sweeney recalled with a laugh. “I wasn’t nervous getting on the sled again because I have confidence in my training and my abilities. Pyeongchang was a freak thing. I don’t expect that every time I get on a sled.

“It was a difficult, very challenging summer, and to come back and have a podium in my first World Cup, it was great,” she continued. “That was a very pleasant surprise.”

Not only did the third-place performance prove to be a surprise, it was also a relief for Sweeney, who qualified for this year’s World Championships with that result.

“I’m on the World Championship team so now I have to prepare for that. Now, that’s the goal,” Sweeney said. “It was just so much relief for me. I solidified my team status for the next two years. I needed that.”

Although Mazdzer and Sweeney might not expect to land on the podium this weekend, they also know the potential is there, just like it is for teammates Tucker West and Summer Britcher, who have also medaled in World Cup races in Lake Placid. For Sweeney and Mazdzer, the weekend goal is to perform as well as they can and see where the chips fall.

“I’ve got two chances now, but I would put my money on Emily before myself,” Mazdzer said with a grin. “This is a home track. I’ve medaled here in singles. Doubles, we’re on a good trajectory. I’m hoping for good things, but again, we’re still new. I’m still getting the hang of this.

“Consistency — good singles runs and good doubles runs,” Mazdzer continued. “That would be awesome. In doubles, I would love to keep this momentum going and do even better than fifth place. In singles, it’s about having two good runs. It’s been a good start.”

“The goal is just to take care of my body and have fun,” Sweeney said. “I just want to continue sliding well. As long as I continue to slide well, drive well, I’m fully capable of being on the podium.”

This week’s luge competition in Lake Placid starts Friday with qualifying races. Saturday’s World Cup action starts at 9 a.m. with men’s singles and concludes with doubles. The women take to the track Sunday with singles racing starting at 8:30 a.m., and the World Cup then concludes later in the day with the sprint races. 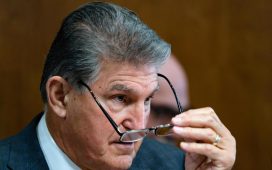 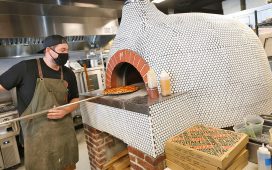 Offense on full display: 5 thoughts from Patriots beatdown of the Jets – Enterprise News