Herewith, some unsolicited advice for Microsoft about Windows


Microsoft’s been jacking around Windows 10 since the moment it released the OS.

In those five years, the Redmond, WA company has changed the intervals at which it refreshes Windows 10 — doing so, in fact, multiple times — changed how long it will support Windows 10, again more than once, and downgraded some versions of the operating system to second-class status or made others worthless as a client for business purposes. Its rewritten rules more than an 8-year-old losing at Monopoly and moved the goalposts so often that the end zone is out beyond the parking lot. Customer confusion has been constant, with time wasted figuring where things stand or wondering why they’ve been turned upside down, inside out.

Microsoft didn’t ask for our advice but that won’t stop us from tossing in our two cents. Not because we know how to run a multi-billion dollar company — we don’t — but because we know what’s right by customers. After all, we are, like most businesses, a Microsoft customer.

Upgrade once, and only once, each year

Prior to the launch of Windows 10 in July 2015, Microsoft laid out the practical details of the software-as-a-service strategy it planned to deploy with the new OS.

Windows 10 was to be updated on a metronomic schedule three times annually with new features, new functionality. Once every four months, in other words. That cadence lasted exactly one iteration — the first post-release upgrade landed just 19 days shy of four months from the debut — before getting unceremoniously dumped. (The next upgrade didn’t appear for another nine months.)

Pressed by a true debacle — Windows 10 1809 was months late — Microsoft modified the tempo yet again. In 2019 and again in 2020, it issued one valid upgrade, one that actually included some new content, in the spring but followed it with a fake upgrade in the fall. The schedule had been maintained, but only by virtue of a Potemkin. The fall “upgrade” was little more than a rehash of the spring’s, with interim fixes included.

We don’t know why Microsoft felt it necessary to keep up this pretense, but we urge it to dispense with the sham and do the right thing: One upgrade annually.

Not only is that what the company has effectively provided for the last two years but it’s the cadence of choice by rivals like Apple and Google, which have long delivered annual upgrades for macOS, iOS and Android. There have never been widespread cries for more frequent refreshes from users of those OSes; it’s unlikely Windows customers would rue the same deal.

Getting down to tacks, Microsoft, at least originally, argued that the upgrade pace was necessary to put quickly-coming technologies into users’ hands. While it may have made good copy, it hasn’t worked that way; Computerworld would be hard pressed to come up with a feature that, having been introduced in an upgrade, would have been wasted if delivered six months later, or never showed at all.

Windows is not something new and shiny, with functionality gaps aplenty that need to be plugged ASAP or disaster follows. It’s a veteran OS that, frankly, has been hard pressed to come up with compelling features over the last two years, pandemic notwithstanding.

Put plainly, if there ever were legitimate, customer-driven reasons to push upgrades more frequently than annually (and Computerworld doubts that there were), they’ve faded to irrelevance.

Give everyone the same amount of support

Like release intervals, support lifecycles also went through flux. Before launch, support was to last 12 months, which in retrospect now seems a dangerously short stretch. (Remember, though, that at the time Microsoft envisioned three upgrades annually.) By launch, however, Microsoft had upped that to 18 months for Home and Pro, 24 months for Enterprise and Education, bifurcating support for the first time. (Microsoft had long supported Mac versions of its Office bundle for half as long as the Windows’ one, claiming — laughably — that all Mac Offices were consumer products and so deserved 50% of the normal support. It never cited that for Windows’ Office designed for home use.)

READ  The dark secret of the ‘New Normal’

More machinations followed — notably another six months for Enterprise and Education — as well as one-off postponements due to the coronavirus pandemic, but the pattern and policy was set: 18 months for the proles, 30 months for the bourgeoisie.

It has always been clear that Microsoft has leveraged its ability to set support — ever an artificial horizon — to promote some SKUs (stock-keeping units) over others. Not coincidentally, those it promotes are the pricier licenses.

Prior to Windows 10, everyone received security updates for the same amount of time: ten years. That equality went out the window with the introduction of 10. Microsoft should reintroduce support parity, if not across the board then by giving Windows 10 Pro the same amount as Enterprise/Education. Doing that will not only allow small businesses running on Pro to accomplish what their bigger business rivals can do — deploy an upgrade once every two years — but would provide homogeneity to large organizations that run a mix of Pro- and Enterprise-powered PCs.

The change wouldn’t add to Microsoft’s workload. It already must craft fixes for the flaws in any individual version of Windows 10 (the 2H, or the year’s second-half update, anyway) for Enterprise and Education. Handing those same updates to Home and Pro would be almost entirely a distribution issue, not a matter of quashing other bugs.

Microsoft could still argue for a higher price for Windows 10 Enterprise based on the SKU’s additional and enhanced features and functionality. But the practice of separating SKUs by support lifespans should cease.

Recommendation: How about some support equality? Give every version of Windows 10 30 months of support.

Microsoft has a poor track record with consumers, or better put, building and selling consumer-oriented products. From minor messes like the Zune to full-scale catastrophes like its aborted play in mobile, where it set fire to billions, the firm has many failures, few successes, in the space.

That that hasn’t crippled the company wasn’t due to luck but to its intelligent emphasis on businesses. Once the smartphone swooped in, personal computer sales started to tank as consumers stopped buying replacement PCs. But companies kept it up (albeit at a slower replacement tempo) because the personal computer remained (and remains) the best format for productive tasks. Microsoft’s pivot to the cloud and the financial success reaped from Azure and its many dependents, only made consumer products less important than ever. Because business is where Microsoft makes its money, business customers are important. Consumer customers are not.

Catering to consumers, then, means spending time and resources on a market where returns are less likely (because it’s not the company’s forte) and invariably smaller (because of pricing ceilings and the need to sell products one at a time).

Microsoft should ditch Windows 10 Home and standardize on Windows 10 Pro as the OS used by OEMs for factory installs. That would reduce the SKU count by one (to Microsoft’s benefit) while guaranteeing that every PC is work ready, even if the workplace is a home office or college dorm (customers win here).

(Microsoft has taken steps toward this already. One example: recasting Cortana as an Office 365 assistant.)

More important to our discussion is what Microsoft would do with the time/resources no longer spent on consumer-oriented features. That’s easy: Put more effort into boosting the quality of the updates — the monthly security updates as well as the annual-or-better feature upgrades — that the company issues, improving the quality control that many IT admins believe has slipped. (A majority of administrators surveyed by Computerworld blogger Susan Bradley said they were dissatisfied with the quality of Microsoft’s patching.)

Recommendation: Focus, focus, focus on the customers who count … businesses. 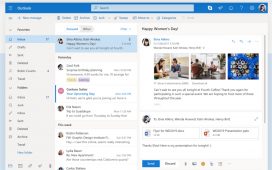 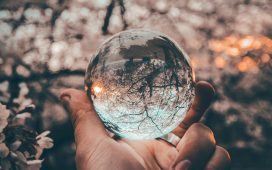 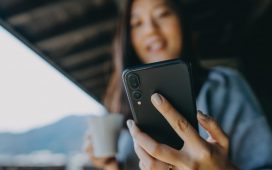 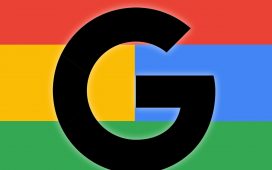 The game-changing Google trend to watch in 2021 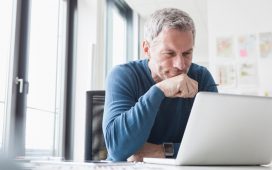 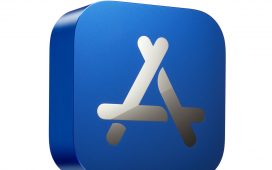