Tonight at 9:00 p.m. ET/6:00 p.m. PT Harry Styles performs his show One Night Only in New York live on Apple Music. The concert will take place at UBS Arena in Long Island, New York. Subscribers to the service have access to watch the concert for no extra cost on the platform.

Today is also the day the British singer’s third solo album, titled Harry’s House, was released. According to Billboard, it currently has the record for the most first-day streams for a pop album in 2022 on Apple Music.

If you can’t catch the concert tonight, there will be encore streams. The first encore show is noon ET on May 22, and the second encore show is at 5:00 a.m. ET on May 26 in order to accommodate those in other time zones.

How to watch Harry Styles on Apple Music

You can watch Harry Styles perform One Night Only in New York in the Apple Music app on your iPhone, iPad, Mac, Apple TV, or Android device. However, a paid subscription is required in order to watch. There are four subscription plans available:

The service can also be bundled with an Apple One subscription. With that option, you’ll have access to over 90 million songs, ad free.

When you go into the Apple Music app, under the Browse Categories you’ll find the link to “Apple Music Live: Harry Styles.” 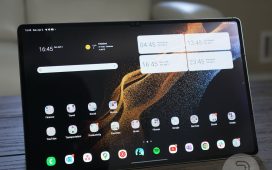