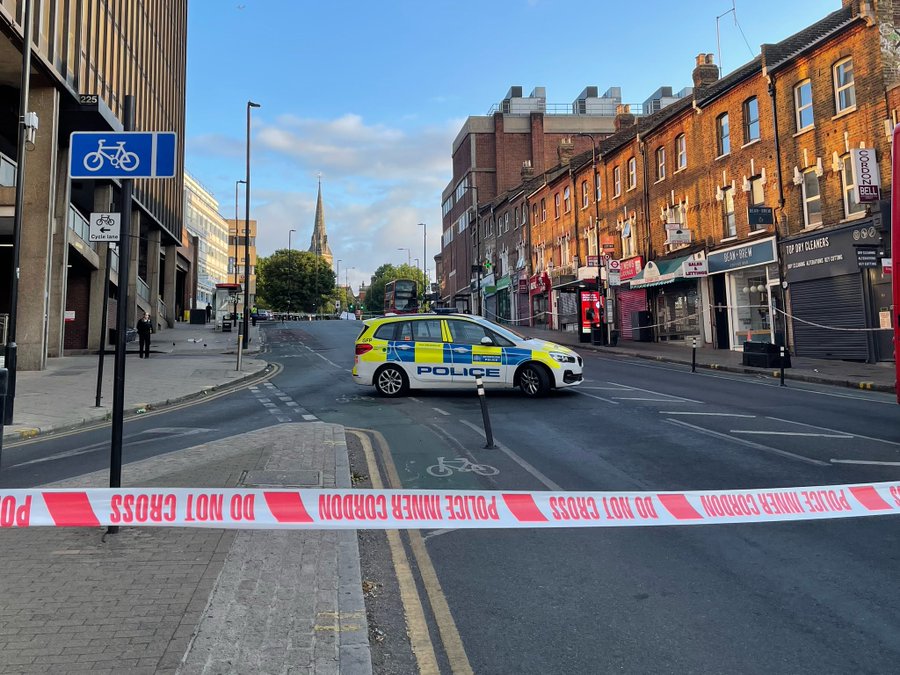 There is widespread shock and disbelief in North London this morning as a young Londoner, believed to be in his 20s, was shot just outside Wood Green station.

The incident happened around 9.28pm, when it was still light and the station was full of evening travellers and commuters.

Despite best efforts of paramedics who had rushed to the scene, London Ambulance confirmed the man had died. A spokesperson confirmed London Air Ambulance was also present but unable to save the victim.

“We were called at 9.28pm tonight to reports of a shooting near Wood Green Underground Station, N22,” the spokesperson said.

“We sent a number of resources to the scene, including an ambulance crew, an advanced paramedic, a medic in a fast response car and members of our tactical response unit. We also dispatched London’s Air Ambulance. Sadly, despite best efforts, a man died at the scene.”

A Met Police spokesperson added: “Officers are in the process of notifying his next of kin. A post-mortem examination will be held in due course. A crime scene is in place and the road is closed to traffic.”

So far, no arrests have been made, although a crime scene remains in place this morning.

Anyone with information is urged to call the Met via 101 quoting reference CAD 7238/24Jul.

The post Haringey in shock as young Londoner is shot outside packed Wood Green station in broad daylight appeared first on CityAM.