The Xiaomi Mi 11 is – based on first impressions – an all-around improvement on the Xiaomi Mi 10, tweaking the specs in almost every department in order to iron out some of that phone’s issues while adding even more features. If the Mi 10 seemed like the phone for you, forget it – the Mi 11 is better in almost every regard.

The Mi line is Xiaomi’s line of flagship phones, and the Mi 11 is its 2021 entry. With its Mi line, Xiaomi often tiptoes above its usual area of ‘low-price, high-spec’ phones, and the Mi 11 certainly is a premium handset – but, more so than its predecessor, it justifies its price tag across the board.

So could this end up being one of the best phones of the year? Very possibly, and for a number of reasons.

Primarily, the Xiaomi Mi 11 has a great-looking display, with a high resolution and top refresh rate, but its AI engine steals the show by automatically enhancing the resolution or framerate of whatever you’re watching.

That’s certainly not the only Mi 11 feature to shout about though, as it also packs super-fast wired and wireless charging, loads of fun videography modes, and possibly the best macro-photography camera in a smartphone.

We’ve tested out the Xiaomi Mi 11 for a few hours – that’s not long enough to write an in-depth review, but it is enough time to garner some initial impressions of the phone. So here’s our initial Mi 11 review, and stay tuned for our full review soon.

You can buy the Xiaomi Mi 11 in most European countries starting March 2021 – while we’d also expect it to go on sale in Australia at some point soon, Xiaomi doesn’t sell its phones in the US.

Like its predecessor the Mi 11 has a volume rocker and power button on its right edge, and there’s a USB-C port for charging, and an infrared blaster so you can use it like a remote control. There’s no 3.5mm headphone jack for audio, so you’ll have to use a converter or wireless devices for your music.

The stepped rear camera bump is certainly distinct from the standard bars or squares most phones have, but unlike most Xiaomi phones, it doesn’t stick too far out from the body of the phone. The rear is made of Corning Gorilla Glass Victus, which is meant to be a super-hardy form of glass that’s seeing its debut in the Mi 11, and merely writing that sentence has us concocting many cunning ways of testing its resilience for our full review.

Those specs are, in most cases, a step up from Xiaomi’s previous phones (and up on its competition), but the best Mi 11 screen feature has to be its AI imaging.

This is more noticeable on some videos and photos than others, but we should point out that you can only have Super Resolution or MEMC activated at a time – not both.

We’ve seen the main camera and ultra-wide camera used in other Xiaomi phones, and their presence here is much the same – the former takes super-high resolution photos that can be cropped in, in place of zoom; the latter takes wide snaps with lots of light, though not as much detail.

The stand-out here though is the telemacro camera, used to take close-up shots of details and objects, and it’s the stand-out because it’s the best macro snapper we’ve seen on a smartphone to date.

Photos taken are full of detail and color and, most importantly, the mode is super easy to use, so anyone can take great macro snaps. The mode is so much better than rivals, that it’s in a league of its own.

Perhaps the core reason for this is the ‘tele’ part of telemacro, a prefix which denotes distance. Unlike most macro cameras, you can hold the Xiaomi Mi 11 a short distance away from the subject and take a photo – this means you don’t need to hold the phone right next to the object, as by doing such you would block all the light.

The Xiaomi Mi 11’s main photographic selling point though isn’t its macro photography but its videography, and there are a few fun video modes debuting in the phone. This include some automatic color grade filters you can add after taking a photo, improved audio recording, and a few new ‘Movie effects’.

These effects include ‘Magic zoom’ (basically a dolly zoom but where the phone does most of the work), ‘Time freeze’ where moving objects seem to stay still, so you can interact with them, and ‘Parallel world’, where the top half of the frame is mirrored above the bottom half.

Most of these modes need subjects to work, so we didn’t manage to test them, but like the plethora of video and camera modes Xiaomi phones already have, it seems a way to add some extra fun to photo or video shooting.

Now we dive straight from arguably the highlight of the Xiaomi Mi 11, to its weakest point – battery life. The phone has a 4,600mAh battery, which would seem fine but between the big screen, the high refresh rate, the various aforementioned image upscaling tools, and any extras like an always-on display and live wallpapers, during the course of our testing, the phone battery dropped really quickly.

It’s hard to imagine the phone lasting anywhere near a day with this level of depletion. Sure, the answer to that is to turn off loads of the extra modes sucking up the phone’s power, but some people might not want to buy a phone if they can’t use all its features.

The Xiaomi Mi 11 uses Android 11 with the company’s MIUI software laid over the top. When you set up a new Xiaomi phone, it’s plain to see why MIUI is such a popular user interface – it has huge numbers of customization options from navigation changes to home page layout, app icon sizes, loads of widgets, a huge number of always-on display designs, live wallpapers and much, much more.

Our common complaint with MIUI is that it comes with a huge number of pre-installed apps, but with the Mi 11, there were fewer than we’ve become accustomed to.

We did have a few slight problems with the user interface though – the live wallpaper we chose disappeared for some reason, to be replaced with the default one, and now and then an icon on our always-on display appeared in the wrong place. We’ll have to watch carefully during our testing to see if these things happen frequently.

Overall, though, MIUI is fast and snappy to navigate, and all-around easy to use.

The Xiaomi Mi 11 has a Snapdragon 888 chipset paired with 8GB of RAM – that’s the top chipset you can find in top-end Android phones, as the phone’s performance shows.

When we ran a Geekbench benchmark test, the phone scored 3,565 in a multi-core test – that’s higher than any other phone we’ve run through that same test, a testament to the newest Snapdragon chipset.

During a brief test game of Call of Duty: Mobile (it was for work purposes, we swear) the graphics looked sharp, the gameplay was quick and responsive, and our connection speeds were really snappy.

The phone has speakers tuned by Harman Kardon, an audio brand, and music played out loud suggests the Mi 11 will steal the Mi 10’s title of ‘best speakers in a phone’.

Our initial few hours testing the Xiaomi Mi 11 were exciting, finding all the new user interface features, display improvements, new camera tools, and perks of the top processor at play here. While the novelty will surely wear off, it just goes to show how much of an improvement this handset is over its predecessors.

We’re worried about the battery life though, and that could be a real pain point of the phone. Will we have to disable loads of the phone’s features to get it to last a day, or will the power drain stabilize? We’ll find out for our full review.

Stay tuned in the coming weeks for that full review where we dive deeper into all the aspects of the Xiaomi Mi 11, from its display improvements to its troubled battery life, to see if it’s worth your money. 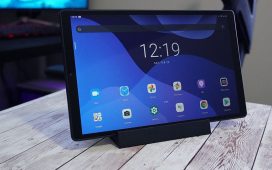 Week in Review: Most popular stories on GeekWire for the week of Feb. 21, 2021 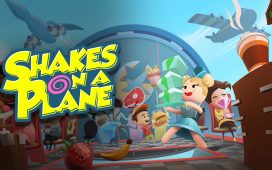 Review: Shakes on a Plane 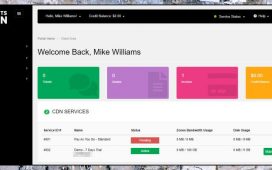 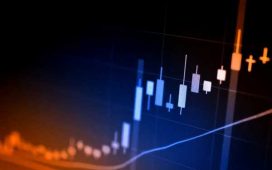 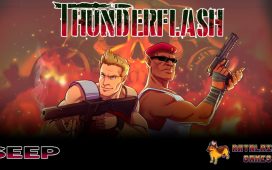