At a certain point in the life cycle in most technology, it becomes less about being bigger and more blatantly powerful, and more about being more focussed and having more detail.

You see it in gaming every so often; rather than going for an even larger map than before, a game populates a smaller map with incredibly detailed buildings, streets, and more things to do than you could ever previously fathom.

Virtual Reality is odd because going big feels far stranger, but it’s still something that is being experimented with.

In the case of Half-Life: Alyx, the thing that makes it truly impressive, almost frustratingly so, is the attention to detail. 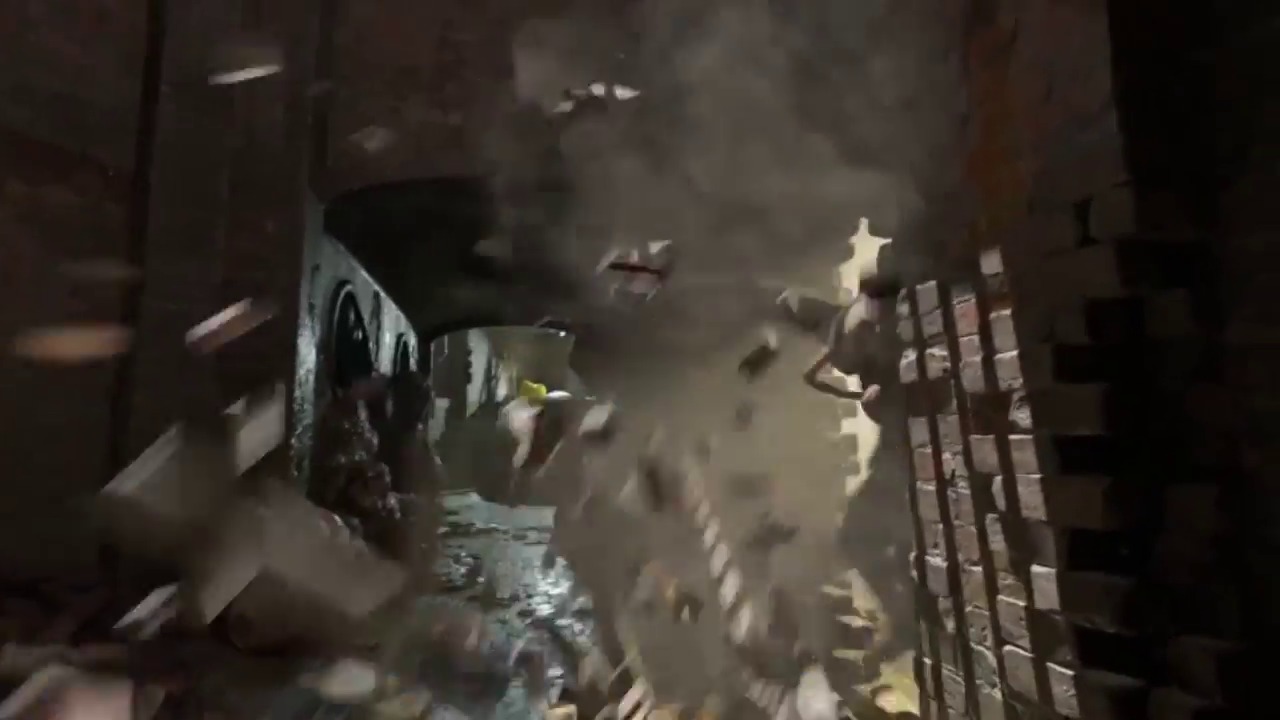 Rather than going big, the game focuses on the minutiae, with tiny details and wonderful interactivity being the stars of the show. The game looks at the dirt under the fingernails, and becomes such a memorable experience because of it.

You can pick up most of the things scattered around the world of Alyx, but a bin lid was the first thing I picked up that felt really useful.

You see, I’d just crouched down and gone into a room having just watched a Head Crab disappear. The hairs on my neck were at full attention, and I was very wary of the fact that there was only a couple of rounds left in my pistol.

I didn’t want to waste the ammo, so I was planning on reloading after taking a couple of shots at something at a decent distance. I’d gone into a horribly green room, an unnaturally green one, the kind of sickly green that indicates something is deeply wrong.

Then, just in front of me, a grate flipped up on the floor, and the Head Crab crawled out.

It’s at this point that Rhys Darby, who plays the supporting character in Half-Life: Alyx, basically screamed in my ear, which scared the crap out of me, especially when combined with the very real threat of a Head Crab making my face the little spoon to its big spoon.

I took the two shots, hit with one, missed with the other, and then realised I had to reload.

Reloading in Half-Life Alyx is great. You push one button to eject the magazine, grab a new magazine from your backpack over your shoulder, slide in the new mag, and then cock the gun back, at least that’s how the pistol works.

There was no way I was going to manage that, but I’d thought ahead. I raised the bin lid in my left hand up and caught the damn thing as it leapt at me.

It fought for a split-second before jumping off and scurrying away to regroup. I threw the lid at it ineffectually, ejected the mag, grabbed a new one, slid it in, cocked the weapon, and killed the blasted thing before it had a chance to jump again.

That’s a great watercooler story, the kind you’d brag to your friends about.

You’d think I’d feel great, unstoppable, like a stone-cold badass. You’d be wrong, the constant fear I felt throughout most of Alyx never died down, every corner brought new jumps to jump, and scurrying sound around me had me wondering if it was my cat messing with me, an in-game Head Crab, or a real one perplexed by the VR headset I was wearing.

Half-Life: Alyx is intensely atmospheric. The graphics are stunning, the voice acting is incredible, and the story drags you through at lightning pace. That’s all great, and so is everything else I’ve mentioned so far, but good lord, the best thing about Alyx, is the gravity gloves.

I play a lot of VR, like, a lot a lot. One of the things that a lot of games do is to allow you to telepathically move items from the other side of the room into your hand.

Alyx does this too, but it does it with style, baby. You push a button to signal you want to grab the bottle on the other side of the room, and then you flick your wrist back to bring it to you.

That in itself is wonderfully satisfying, but you then have to catch the item too.

There’s nothing quite like the feedback that Alyx gives you as a player, and it extends into so many things. Puzzles have you rotating digital orbs within a digital world with both hands.

The healing system gets you to pull a lever up, squish a poor helpless larva (I felt bad every time), then place your hand on a scanner.

Needles then protrude from the device and jab into your hand, with each jab being replicated in the real world through vibration.

The feedback in Alyx is so incredibly immersive. Half-Life: Alyx is so good that I’m almost angry with it.

VR has felt like this weird indie game nirvana for a while, with a lot of the best experiences being made by small teams, or unheard of developers.

Then, here comes Valve, absent on the game dev scene for so very long, and they master the whole damn platform on their first attempt.

There isn’t a dull moment in Alyx, it’s a truly phenomenal game in every respect, and the use of VR extends far beyond simply feeling like you’re shooting the gun.

This game has to be in VR, and it makes full use of that fact to bathe in the things you can do. It’s yet another reason to make the leap into VR if you haven’t already, and it’s a surprising delight to be killing Head Crabs again too.

Half-Life: Alyx is a perfect example of what happens if you wait a little while before jumping into a new platform.

It perfects many mechanics from other games while adding in a layer of polish that only Valve could manage.

It’s equal parts enchanting and terrifying, and it’s sure to be one of the turning points in VR for many of us.

The Good
• The gravity gloves bring a new twist to classic VR game play
• Rhys Darby is extraordinary and should be a voice in all games.
• Excellent writing leads to both sheer terror and laugh out loud comedy

Hands on: The Last of Us 2 review

Will London’s newest skyscraper become a monument to the market peak?