The Pixel 5’s video excels in good lighting and its ultra-wide is brighter, while the iPhone 12 handles 60 FPS better and can capture 4K selfies.

The Pixel 5 is Google’s latest flagship smartphone and, while the Pixel is known for excellent photography, some may wonder how its video quality holds up against Apple’s similarly priced iPhone 12. Apple also offers the iPhone 12 Pro and Pro Max, which are its flagships for 2020, but the prices are significantly higher and therefore would not be fair comparisons. The iPhone 12 mini and iPhone 12 have nearly identical specifications and differ primarily in size and price.

Google’s Pixel phones are well-known for their computational photography prowess, which allows fairly standard camera hardware to capture photographs that compete with those from some of the best and most expensive smartphones on the market. They also have a reputation for recording good video, but their performance here hasn’t been as impressive as it has been with still photography. This may be an inherent limitation of Google’s reliance on software to maximize the potential of its hardware. Computational photography is amazing, but it runs into time constraints when applied to video.

The Google Pixel 5 can record in 4K resolution at 30 and 60 frames per second (FPS), with 30 being the old standard and more modern equipment moving to 60 FPS for smoother pans and sharper details on fast-moving objects. Shooting at a faster speed also allows a very nice slow-motion effect when editing without making the movement appear jerky. For true slow motion, the Pixel 5 can record 120 FPS at 1080p or 240 FPS at 720p resolution. There are two rear cameras, a 12.2-megapixel wide-angle with 1.4-micron image sensor pixels and f/1.7 aperture along with a rare 16-megapixel ultra-wide-angle with 1-micron pixels at f/2.2. The ultra-wide has a higher resolution than most smartphone cameras, but a small pixel size and the field of view is narrower, covering 107-degrees, while 120-degrees is more common. The front-facing camera is a bit disappointing with just an 8-megapixel sensor and 1080p, 30 FPS video. Apple’s iPhone 12 matches and exceeds many of the specifications, but there is more to recording video than just hardware. Apple’s DolbyVision recording is nice but has limited use at the moment. Google’s cinematic pan is fun but is a bit gimmicky.

The iPhone 12 has a 12-megapixel wide-angle with brighter 1.4-micron pixels and a brighter f/1.6 aperture. This means its camera naturally brings in much more light and can capture a better image in the split-second available for recording each frame of a video than Google’s camera hardware. For the ultra-wide camera, the Pixel 5 is brighter and sharper as Apple’s second rear camera has a resolution of 12-megapixel and f/2.4 aperture. The field of view with the iPhone 12 is 120-degrees, so that may balance the trade-off in detail. The front-facing camera favors Apple again, with a 12-megapixel resolution sensor and up to 60 FPS video at 4K resolution. The iPhone 12 has a blazing fast A14 processor which allows Apple to fine-tune video processing and stabilization to a greater degree than Google’s phone, which uses a slower Qualcomm Snapdragon 765G chip.

Overall, Apple has better camera hardware and most agree that the Pixel 5 doesn’t have enough computational magic to overcome the deficit. For stills, multiple photos can be combined with advanced high-dynamic range processing to work computer magic and bring out more details, brightness, and colors than would normally be possible. For video, the processing time is limited as each frame is saved in one-thirtieth or one-sixtieth of a second and then it’s on to the next frame in the video. When recording video, the power of the processor may be pushed to the limit, analyzing and adjusting for changes in lighting, color, and focus, while simultaneously stabilizing movement. Google’s flagship is capable of recording beautiful 4K video, but some hands-on reviews have noted that the Pixel 5 can sometimes get hot when recording 60 FPS video at 4K resolution and its stabilization may occasionally be overly aggressive, causing abrupt shifts in the video. Indoor with low-light and outdoor evening videos show more noise in the dark areas. While Google can hold its own for still photography, Apple’s iPhone 12 mini and iPhone 12 match the Pixel 5’s value and a better overall for recording video.

Next: Pixel 5 Vs. iPhone 12: Google Or Apple For Best Cameras & Photos?

Among Us Official 3D Art, Beanies & Stationery Now For Sale

Alan is a Tech Writer living in Nova Scotia, Canada. A tech-enthusiast since his youth, Alan stays current on what is new and what is next. With over 30 years experience with computer, video and photo equipment, you can expect useful tips and insights in his writing. Alan has a degree in programming, many years focused on design, editing and animation. The last few years managing logistics and e-commerce operations for a mobile accessories company took much of his time. Alan is a true jack of all digital trades in this ever changing computer-enriched world. To stay flexible in thinking and in body, he practices yoga, light cardio and eats a whole food diet, based on minimally processed plants. 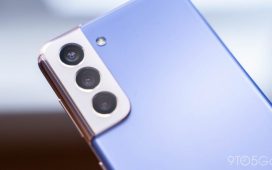 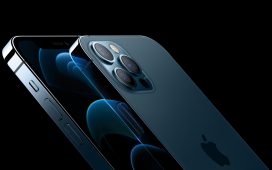 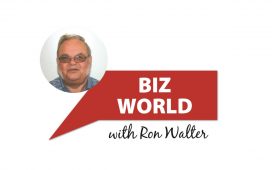 Poker game Down Under will impact internet search engine sources 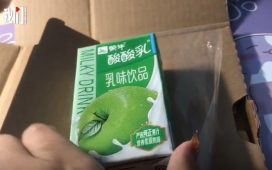 Will Social Media Accounts be Verified Through Phones in 3 Months? Know Truth Here

FundVice to support startups in India with Rs 330 crore fund

Ever have 'Zoom fatigue?' These are the causes and how to fix them, researchers say

‘Ecocide’ or necessity? The environmental battle over HS2

Forests’ capacity to store carbon is falling due to extreme wildfires 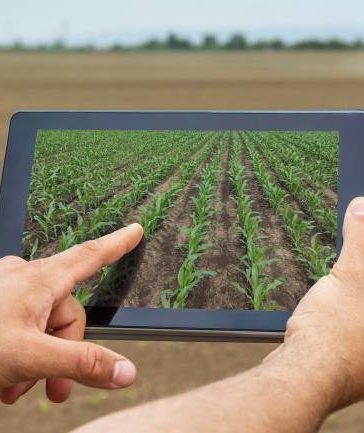 Three Startups That Are Helping Build A Sustainable Future

Apple’s indoor maps format is now a standard; here’s why that matters

Clubhouse: How to Turn Off Notifications

How to Make a Cosmetics Business Successful?

Comings & Goings: What a difference a week makes – Davis Enterprise

Wetherspoons, Young’s and Greene King confirm whether you can book a table when they reopen