Alphabet Inc’s Google unit spent more than $21 million to influence Washington, according to federal disclosures, in a year when its chief executive officer, Sundar Pichai, made his first appearance before Congress.

The search giant, which spent $4.9 million in the last three months of the year, according to a Tuesday filing, beat its previous record of more than $18 million from 2017.

The industry had good reason to up its influence game last year: It faces a so-called techlash of greater congressional and regulatory scrutiny after numerous privacy breaches and disclosures that Russia used social media platforms to distribute propaganda meant to influence the 2016 presidential election.

Some industry critics also say it has grown too big and too powerful, leading to suggestions by politicians and organisations, on the left and the right, that the companies should be broken up.

Google usually leads the tech sector in lobbying outlays and often is among the top-spending companies overall in Washington. Pichai was called to testify before a congressional committee in December to answer allegations that the company’s search and news algorithms are biased against conservative opinions, a view President Donald Trump has echoed.

Pichai also faced questions about privacy, antitrust and the company’s possible use of a censored search engine to gain access to the Chinese market.

The company’s global policy chief, Karan Bhatia, who joined Google in June, is considering a shakeup of the Washington lobbying shop amid the backlash. He is said to have circulated an organizational chart with blank boxes for all the positions reporting to him.

Google’s longtime Washington director, former Representative Susan Molinari, a New York Republican, resigned at the end of 2018, although she remains in an advisory role. Bhatia’s challenges include responding to possible U.S. antitrust scrutiny, tough new privacy rules in California, a bipartisan congressional push for a new law to protect consumer privacy and attempts to make tech companies responsible for the content disseminated by their services. 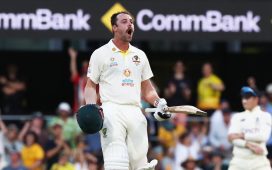