Google and Mukesh Ambani’s Jio are hoping to crack one of the world’s largest untapped smartphone markets, launching a device they hope will be cheap enough to convert 450m Indians on “dumb” handsets into smartphone users.

The JioPhone Next, a successor to Ambani’s earlier-generation JioPhone, has been designed by the companies to run a custom version of Android. It will offer a blend of Google and Jio apps, with voice assistance in multiple Indian languages for users with limited literacy. Analysts believe it will be marketed at under $50.

“Jio has been good at two things. One is mega-launches. Secondly, breaking the price [barrier],” said Neha Singh, founder of data provider Tracxn in Bangalore.

While she questioned how much money either company would make on the handset, the wider goal seems clear: to upgrade as many of the 450m Indians who use 2G and even older dumb phones as possible.

Ambani and Sundar Pichai, chief executive of Google’s parent company Alphabet, have suggested that the JioPhone Next could be rolled out elsewhere in the world, as Google tries to attract what it calls the “next billion” global internet users and Jio considers expanding overseas.

Video will be a big opportunity. Getting new smartphone users, many of whom do not own televisions, watching YouTube or cricket matches streamed over JioTV will bring in advertising data and revenues, and a base to start selling services such as payments.

For Jio, which launched in 2016 and used rock-bottom prices to swell to 426m users, it is a chance to a repeat the success of its original JioPhone. Ambani made the basic 4G handset available for a deposit of Rs1,500 ($20), which was refundable after three years, helping move more than 100m devices.

Jio’s surging growth helped attract $20bn in investment last year from Facebook and Silver Lake alongside Google. But the telecoms company is under pressure to keep increasing its user numbers and its revenues.

More than a fifth of Jio’s subscribers are inactive, and its average user revenue of Rs138 ($1.85) a month lags behind rival Bharti Airtel. Ambani has said he will list Jio on the public markets, but he first needs to show that it can bring more Indians on to smartphones, and persuade them to consume more internet services.

The JioPhone Next faces an uphill challenge, however. The Indian smartphone market is dominated by Chinese brands such as Xiaomi and Vivo, and Google’s previous efforts to make a dent in the market — such as with its Pixel smartphone — failed to catch on.

About 80m existing JioPhone users are expected to finish their contracts in the next two years, according to investment bank Jefferies, making them low-hanging fruit for deals enticing them to upgrade.

The more than 300m remaining 2G users are also a difficult market to crack. Many, made up of economically vulnerable demographics such as migrant workers, are used to minimum recharge prices of less than Rs50 ($0.67) a month to speak with family back home.

The companies have not released the price of the new smartphone. With a global shortage of chips and other mobile-phone components, industry participants doubt a price tag of $50 or less will be possible without resorting to heavy subsidies.

“I don’t think that the supply chain situation globally will permit a cost radically lower than existing players, to say the least,” said Pankaj Mohindroo, chair of the India Cellular & Electronics Association, which represents mobile-phone manufacturers. “I don’t see an earthquake coming our way.”

Google is attempting similar projects elsewhere, last year joining French operator Orange to launch a $30 “Sanza touch” smartphone in several African countries. They claim it is the most affordable smartphone available, but sales have been modest.

For Ambani, the new smartphone is one of several products he hopes will turn his energy-focused group into what he calls India’s “national technology champion”.

But only four Jio apps are in the top 100 of Google’s Play Store, according to App Annie, including the music streaming app JioSaavn and MyJio, which bundles together several services like phone top-ups or quizzes. Jio’s chat and shopping apps trail behind rivals.

Meanwhile, Jio’s online shopping venture, JioMart, is present across 200 cities and offers lower prices than its rivals, including Tata’s BigBasket or the SoftBank-backed Grofers.

But it remains behind on metrics such as app downloads, revenue and basket size, according to brokerage Motilal Oswal. A partnership with Facebook to offer the service through WhatsApp is still in trials more than a year after it was announced.

Google hopes that its partnership with Ambani will help it to avoid the fate of Facebook’s first attempt to conquer the Indian internet market, which led to regulators banning an attempt to give limited free internet so that it could steer users towards its apps.

Neil Shah, an analyst at Counterpoint Research, said the “biggest barrier” for the new phone would be its price. He said that, even with subsidies, users would probably have to double what they were used to paying a month for cheap 2G services.

The other obstacle is simply whether sufficient phones will be able to be made to match the companies’ ambitions. Given shortages of parts such as semiconductors, Mohindroo estimates Jio will be limited to shipping a couple of million devices a month for the foreseeable future.

“The global handset market is very consolidated now with global players having very large volumes,” he said. “Securing supply against these giants in a shortage situation will be a humongous challenge.” 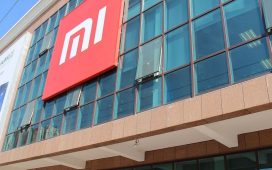 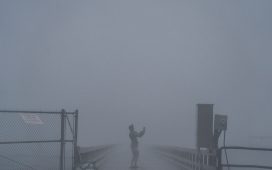 How smartphones can disrupt climate science 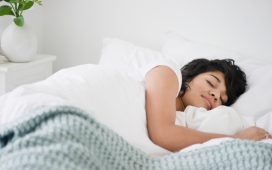 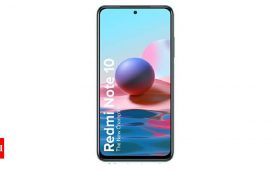 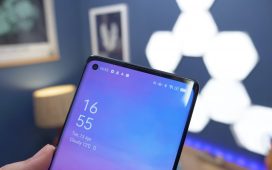