Not even the coronavirus pandemic could cool down M&A activity in the red-hot tech, media, and telecoms sector in 2020, which notched its highest deal volumes by value in the past two decades.

At Goldman Sachs, the firm’s TMT M&A practice advised on more than 100 deals in 2020, which translated to roughly $275 billion in announced deal volume, according to data service Dealogic. Its nearest competitors in terms of annual deal volume as of late December were Morgan Stanley, with $270 billion in deal value, and Bank of America, with nearly $264 billion, Dealogic found.

To Sam Britton, Goldman’s head of tech, media, and telecom M&A in the investment bank, Goldman’s streak comes down to a combination of factors. One paramount piece of the puzzle is the bank’s longstanding relationships with its clientele, forged through years, or even decades, representing some of the biggest names in technology.

“This is a business where experience begets more activity, and there’s a virtuous circle there,” Britton told Insider in an interview. The 25-year veteran of investment banking, who is based in San Francisco, described tech M&A as being “on fire” in 2020.

Among the crown jewel deals of 2020 on which Goldman’s TMT group advised were big-name transactions like Salesforce’s acquisition to Slack for more than $27 billion in stock and cash. Goldman advised on the Slack side, in a deal that was spearheaded by Americas M&A co-head Colin Ryan. Britton called it one of 2020’s “dream deals.”

A big year to be a sellers’ banker

Barry O’Brien, the recently-appointed co-COO of Goldman’s TMT investment banking team who has served in that role since September, agreed that Goldman’s years-long relationships with clients has been pivotal to helping the bank stay on top in mergers and acquisitions.

“We know companies from day one, we help finance them, we grow up with them. We’re there for all their major milestones,” O’Brien said.

The biggest acquisition of 2020 — the intended all-stock S&P Global acquisition of IHS Markit valued at $44 billion when it was announced at the end of November — is itself considered a TMT deal on which Goldman served as the lead advisor to purchaser S&P.

But Goldman had a number of experiences advising sellers to buyers, too, especially in regards to Salesforce. Goldman previously sat across from Salesforce on the seller’s side of the table when it represented firms like Tableau, which was sold to Salesforce for $15.7 billion in stock, in a deal that closed in August 2019.

Another deal that Goldman advised on was the sale of Demandware, a cloud-based computing platform whose acquisition by Salesforce for $2.8 billion in cash closed in July 2016.

It reprised that role when it worked on the Slack deal in 2020.

The TMT group also advised ZeniMax Media in Microsoft’s $7.5 billion purchase of the video-game entertainment company, and served as an advisor to eBay, another longtime client, on the sale of the online auctioneer’s classifieds business line to Adevinta for a mix of stock and $2.5 billion in cash. That deal is expected to close in early 2021.

Goldman’s relationship with eBay stretches back to the pre-2000’s, when it was the lead bank on the company’s IPO in 1998. Almost a generation later, Goldman’s TMT group went on to advise eBay on its sale of StubHub to Viagogo, which was announced in November 2019 and closed in February 2020.

But 2020 wasn’t all smooth sailing for mergers and acquisitions

In spite of a rally in M&A activity in the second half of 2020, some market forces still conspired to blunt a bit of the action.

An obvious iceberg was the trauma inflicted on M&A by the coronavirus pandemic earlier in the year.

Although much of the activity that was stalled in the springtime picked back up as the year went on, 2020 still finished down 5% from 2019’s M&A tally, according to year-end data from Refinitiv. Indeed, total worldwide deal volume for 2020, by value, was nearly $3.6 trillion, as compared to the previous year’s almost $3.8 trillion.

READ  cybersecurity: There is a pandemic playing out. This time on your computer

See more: Why the IPO market is exploding in a frenzy that rivals even the 1999 euphoria

Even though it was a big year for TMT, lifted by the buoyancy of software and other technologies that benefited from a pivot to remote work and at-home entertainment, Britton still named another factor that might have cooled dealmaking: the slurry of flashy IPOs that emerged in the final few weeks of the year.

“I think on the margin it’s had a slight dampening effect,” Britton said. But, he explained, as companies consider ways to raise money, many corporate execs first pursue the “so-called dual track” — that is, exploring a public offering, but shaking the tree to see if any strategic acquirers emerge beforehand.

Look out for the continuation of stock deals in 2021

The exchange of stock was a noteworthy dealmaking theme in 2020 — stock was a leading form of equity exchange in both the Salesforce/Slack and S&P/IHS transactions — and Britton and O’Brien expect stock deals to stick around in the new year.

“Stock deals are all about relative valuations, and I think that will continue as a big dealmaking trend in 2021,” O’Brien said. Such deals enable both sides to “get relatively comfortable” with one another without staking a ton of cash, he added.

And, “maybe stock-for-stock deals are safer, because you’re playing with your own high currency, if you will,” Britton said. The stock market has generally been climbing since its nadir in the springtime, ending the year on a high.

Stock performance for both S&P Global and Salesforce have also generally been trending upward in recent months, even though Salesforce’s performance was dampened slightly after the announcement of its merger with Slack.

But cash deals could see a comeback. Britton said that many corporate buyers are “very well capitalized” right now and had set aside “a lot on the balance sheet for rainy day and don’t need to keep it there.” Some of that excess liquidity may prove to be “quite positive for M&A” in early 2021, he added.

For example, Microsoft’s $7.5 billion deal in September for video game entertainment firm ZeniMax was in cash.

Companies “now have a lot of M&A firepower,” Britton said. “I think they will be comfortable spending it.”

Britton said that doing all of Goldman’s TMT M&A deals virtually helped to cut down on travel, diligence meetings, and other in-person interactions that might have slowed down deal flow.

“I had one day earlier this year where I announced three deals on the same morning and being able to do that virtually allowed all the more meetings that had to get done without the clients feeling like you weren’t available for them,” he said.

Looking forward, O’Brien said that 2021’s M&A will benefit from the windfall of activity of 2020, and only be given a push by global vaccination campaigns.

“That backdrop can’t but help dealmaking, can’t but help M&A,” O’Brien said. “I don’t think it directly impacts the level of tech M&A, but I think the vaccine and its effect on the economy is just a rising tide that lifts all boats, and tech will benefit indirectly from that too.”

Read more: 2 of Goldman Sachs’ top tech bankers explain how Biden could impact the listings frenzy and why the IPO roadshow will never be the same

Britton also suggested that deals like Slack signal the kind of future-of-work transactions that may be in the crosshairs of strategic buyers or investors going forward.

“I don’t think anyone expects anything other than the remaining assets or companies who are really at the forefront of the future of work to be anything other than more strategic,” he said, noting that fintechs will be especially interesting to watch.

Indeed, the next chapter in their journey may be the “jockeying” Britton predicts will heat up between payments processors and enablement companies — that is, services powering the back-end of commercial transactions.

“I would say the software services that are targeting the SMB businesses — I think we’ll see a lot of ongoing activity,” he said. “I think there’s a lot of jockeying going on and colliding tectonic plates among the payments folks and enablement folks, the people who provide the hosting services — so all of that will, I think, be active in 2021.”

Overall, both Britton and O’Brien expect a busy year in M&A that continues the momentum that mergers experienced toward the latter half of 2020.

“I do think 2021 is going to continue to deliver the mega-dream deals that we’ve begun to see in the last couple of months,” O’Brien said. 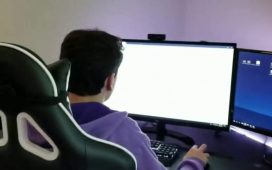 Suggestions from cybersecurity experts on keeping yourself safe in 2021 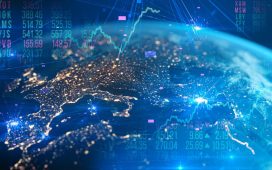 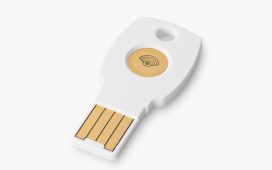 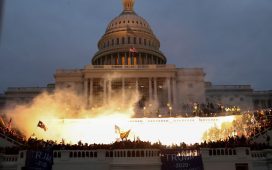 Why America Needs to Crack Down on Rightwing and Leftwing Anarchy 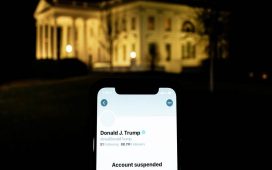 The day that the internet turned on Trump 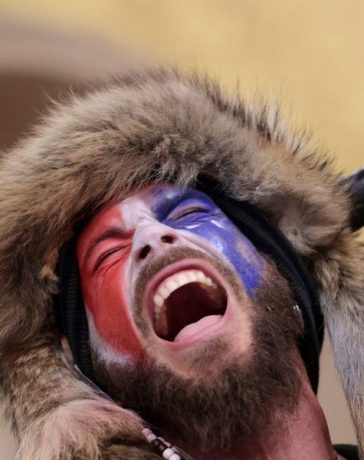