Why, exactly, does Gov. Andrew Cuomo need a first-in-the-nation gun violence disaster emergency if the SAFE Act is as good as advertised?

That’s a good question for which we have no good answer. Chances are, neither does the governor.

Guns are still getting into the hands of those who use them to commit crimes when they shouldn’t be to the point that gun violence is a serious issue in many communities throughout New York state. The problems are worse in bigger cities. Shootings through June have increased 68% in New York City, while Albany has seen a 120% increase in shootings compared to its five-year average.

Those numbers are scary, but do they rise to the level of a state of emergency that requires giving Cuomo a new area over which to exercise unchecked authority?

They most certainly do not.

Emergency declarations are for sudden disasters that require quick action. Gun violence has been a problem for years in some parts of the state. State and federal money have been sent to several areas to halt gun violence. Gun violence is not a sudden disaster like a massive snowstorm, hurricane or tornado that destroys a town.

Besides, many of the things Cuomo wants to implement can be done already, by himself, with no disaster declaration. The governor is free to create an Office of Gun Violence Prevention and a Council on Gun Violence Reduction; to have the Division of Criminal Justice Services poll police departments weekly for gun incident data; to create a Gun Trafficking Interdiction Unit within the New York State Police and to implement plans to strengthen relationships between police departments and the communities they serve. The state Legislature has already approved much of the spending included in Cuomo’s “emergency” plan.

The governor’s recent declaration of a gun violence disaster emergency is a stunt, plain and simple. And it is a stunt that the state Legislature should quickly bring to an end in a special session of the legislature. While they’re at it, legislators need to consider measures to give judges discretion to keep those alleged to have committed gun crimes off the streets longer. Such a simple step would do as much to stop gun crimes as anything else in the governor’s plan. 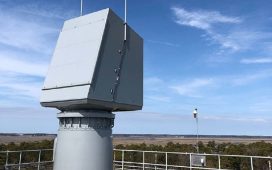