NEW YORK–(BUSINESS WIRE)–Global VC investment reached a new high in Q2’21, with $157.1 billion raised across 7,687 deals. A robust IPO market, high valuations, and a seemingly endless supply of dry powder helped fuel the ongoing increase, according to the Q2’21 edition of Venture Pulse – a quarterly report published by KPMG Private Enterprise on VC trends globally and in key jurisdictions around the world.

The incredible level of VC investment was buoyed by ten $1 billion+ funding rounds across 8 countries including Sweden-based Northvolt ($2.75 billion) and US-based Waymo ($2.5 billion).

The Americas attracted a record $84.1 billion in investment during Q2’21, with the US accounting for $75.8 billion of this total. In Europe, VC investment continued its strong climb, reaching $34 billion in its sixth straight record quarter. VC investment in the Asia-Pacific dipped quarter-over-quarter to $38 billion but remained robust compared to historical norms.

While globally fintech was the most attractive sector of investment, health, biotech, edtech, gaming and food delivery continued to see significant investment activity.

“Diversity was really the defining characteristic of the VC market globally in Q2’21 – from the countries where deals occurred to the different sectors that attracted investment. We even saw an increase in the percentage of funding coming from other types of investors making VC investments – including corporates and family offices,” said Conor Moore, Head of KPMG Private Enterprise in the Americas region, and Partner at KPMG in the US. “This diversity will likely keep VC investment quite strong heading into Q3’21, with fintech likely to be a hot area of investment across all regions of the world.”

“Globally, some countries are beginning to emerge into the post-pandemic world,” said Kevin Smith Head of KPMG Private Enterprise in EMA, and Partner at KPMG in the UK. “Even as they do, there will be trends, both in the B2C and B2B spaces, that will stick – from people getting their groceries delivered to businesses recognizing the importance of optimizing their digital transformation. These areas will likely continue to attract VC investment in Q3’21 and beyond – and that in turn can spark new waves of investment in areas like cybersecurity and fraud protection.”

You know KPMG, you might not know KPMG Private Enterprise. We’re dedicated to working with businesses like yours. It’s all we do. Whether you’re an entrepreneur, a family business, or a fast growing company, we understand what’s important to you.

The KPMG Private Enterprise global network for Emerging Giants has extensive knowledge and experience working with the startup ecosystem. From seed to speed, we’re here throughout your journey. You gain access to KPMG’s global resources through a single point of contact—a trusted adviser to your company. It’s a local touch with a global reach.

KPMG is a global organization of independent professional services firms providing Audit, Tax and Advisory services. We operate in 147 countries and territories and have more than 219,000 people working in member firms around the world. Each KPMG firm is a legally distinct and separate entity and describes itself as such. 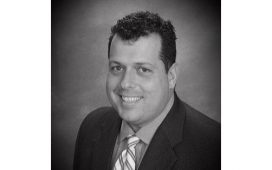 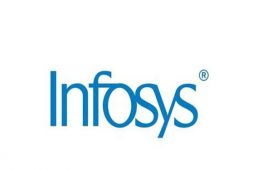