FURLOUGHED workers are three times more likely to have missed a payment in the last month compared to people who are working as normal, worrying new research claims.

It comes as fears continue to rise over households spiralling into debt following the coronavirus pandemic, with economists also warning of a huge UK unemployment crisis.

The research from consumer publication Which? shows 13 per cent of people on furlough have defaulted on a payment in the last month alone.

Some households had defaulted on more than one payment type, Which? found.

In comparison, just four per cent of employees who are working as usual, so not on furlough, have missed a payment in the last month.

What is the furlough scheme and what changes are coming?

THE Coronavirus Job Retention Scheme covers 80 per cent of the wages of furloughed workers, up to a maximum of £2,500 per month.

It was originally due to end in July, but Chancellor Rishi Sunak extended this deadline to help struggling businesses and their employees.

Other changes are also happening from August.

We’ve broken down everything you can expect to happen:

The government will continue to pay 80 per cent of staff wages up to the £2,500 a month cap.

However, businesses now need to pay national insurance (NI) and pension contributions for their employees.

This represents about 5 per cent of employment costs per worker for businesses.

Employers will also need to continue to pay NI and pension contributions.

In October, the government’s contribution will fall again to 60 per cent of wages up to a cap of £1,875 a month.

In addition, employers will need to continue to make NI and pension contributions.

The scheme will then end on October 31.

The majority of furloughed workers (60 per cent) were also found to have made changes to their spending habits due to financial struggles.

Some 9.5 million people have been furloughed by their boss since the Coronavirus Jobs Retention Scheme opened in April 2020.

But the scheme is winding down this month before it ends completely in October.

From August, employers will have to contribute national insurance and pension contributions rather than the government picking up this bill.

Crucially, this is the same time as most banks and lenders will stop offering payment holidays – we explain below.

Experts from economic thinktank National Institute of Economic and Social Research have warned the end of the scheme could result in 1.2million Brits being made redundant by Christmas.

Unemployment has already shot up by 649,000 workers since lockdown with the Covid-19 crisis claiming an 74,000 extra jobs last month, according to data from the Office for National Statistics.

The UK economy has also taken a hit with gross domestic product (GDP) down 24.5 per cent compared to pre-coronavirus levels in February.

Which? warns households with furloughed workers are likely to come under even more pressure when the scheme ends.

Richard Piggin, head of external affairs and campaigns at Which? said: “It’s very worrying that people currently on the furlough scheme have reported experiencing much higher levels of financial difficulty than those who are working as normal.

“With just a couple of months until the scheme comes to an end, there is real concern that this gap could widen even further.”

Which? surveyed 2,129 people as part of their research.

What help is available if you’re struggling financially?

Here we explain what financial help is available if you’re struggling to pay your bills.

If in doubt, speak to your bill provider as soon as possible if you know you can’t pay on time.

This was due to run for a three-month period, ending in July, but the Financial Conduct Authority is asking firms to extend this help until October.

We explain the pros and cons of taking a payment holiday in the box below.

What is a payment holiday and should you apply for one?

PAYMENT holidays are when a lender agrees to pause your monthly repayments for a set amount of time.

This has to be agreed in advance, so don’t stop making your repayments until your bank has given you permission to do so.

The majority of lenders are now offering payment holidays, so get in touch with your bank to find out what help it can give you.

Most of the time, it’ll require you to fill out an online form.

Typically, payment holidays are offered in extreme circumstances and are designed as an emergency measure to help you through a difficult financial time.

If you think you need to take one, you should speak to your lender to discuss your options – but do note that the break in payments doesn’t remove any debt or financial obligations.

Most lenders will also still charge interest during this time, so be aware that these costs will keep building up.

You should also always continue to make your normal payments if you’re financially able to.

Sue Anderson, head of media at debt charity StepChange, said: “If you can continue to make your normal payments without difficulty, then you should.

“Any temporary measures being offered by lenders don’t remove financial obligations – they are designed as an emergency measure to help you get through a period where your income may have taken a serious knock.

“However, if you need to use them then you shouldn’t hesitate to talk to your lenders.”

While taking a payment holiday shouldn’t affect your credit score, research from MoneySavingExpert has revealed it could still stop you getting a mortgage.

This is because many lenders rely on more than just your credit score when considering whether or not to give you a loan, such as Open Banking.

Lenders can then see whether you’ve paused any payments, which they can then use this information to decide whether or not they will lend to you.

Credit card and loan payment holidays have been given to 1.7million Brits during the coronavirus outbreak.

Read our guides on how to apply a payment holiday for your:

Rent: If you’re a private renter, speak to your landlord as soon as you can.

They may be able to defer your payment, or to allow you to pay a smaller amount – but they don’t have to do this.

Social renters should speak to their housing association.

A ban on landlords kicking out renters for falling behind on bills was put in place in March 2020 – but this is due to finish on August 23.

You’ll likely find cheaper deals if you can get by with fewer texts, minutes or a slightly slower internet connection.

Next, check if you’re outside the minimum term of your contract – if you are, then you can leave penalty free.

The best way to find a new deal is by checking comparison websites, such as MoneySupermarket and uSwitch.com.

If you’re happy with your provider then it might be worth trying to haggle a better deal.

Energy bills: Again, it could be worth switching to see if you can get a lower price.

If you’re on an SVT deal you are likely throwing away more than £300 a year.

Use a comparison site such as MoneySuperMarket.com, uSwitch or EnergyHelpline.com to see what deals are available to you.

Don’t want to leave your current provider? Ask them what help they can offer you.

Water bills: Water is provided by regional monopoly suppliers, so you won’t actually be able to switch should you want to.

However, that doesn’t mean help won’t be offered if you ask – so make sure you reach out to your supplier if you’re struggling.

TV Licensing: If you can’t pay your TV Licence, you may want to see if you can split up your bill to make your payments more managable.

It can usually be paid weekly, fortnightly, or monthly.

You can find more information about different ways to pay on the TV Licensing website.

Council tax: You may be eligible for a Council Tax Reduction if you’re on low wages or claim certain benefits.

The type of benefits that usually makes you eligible include Universal Credit, income support, employment and support allowance, jobseeker’s allowance or pension credit.

You can claim if you’re unemployed or are working.

The scheme could reduce your bill by as much as 100 per cent, but it depends on your personal circumstances.

To find out what help you’re entitled to, contact your local council.

Harvester, Toby Carvery and Miller and Carter Eat Out to Help Out deals revealed

Eat Out to Help Out menus for supermarket cafes, including Tesco and Morrisons

Almost 20 per cent of workers are STILL on furlough amid fears of mass unemployment.

If you’re worried about the future of your job, we’ve put together a guide of your redundancy rights.

Competition for jobs is already high, as new research found that more than eight people are applying for each new vacancy. 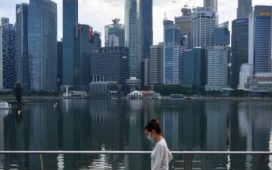 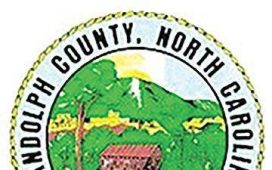 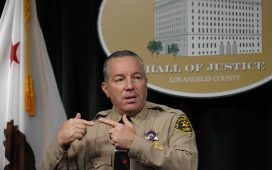 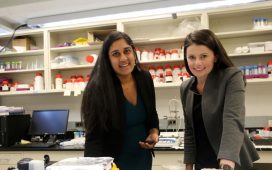 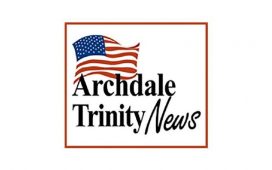 Walmart PS5 pre-orders sold out instantly, but more are now in stock

Nvidia’s RTX Voice app was great, and its Broadcast successor is now available