The Gambian-British rapper from Coventry has been named the winner of the BBC Music Sound of 2021 poll. Following his his breakout track Frontline in January last year, he was selected by a panel of 160 industry experts and artists including Billie Eilish, Stormzy and Jorja Smith. Previous winners include Sam Smith, Ellie Goulding and Adele.

The Caribbean island celebrated a triumph at the Costa Book Awards, with authors born there winning two major categories. Writer, artist and academic Ingrid Persaud won the Costa First Novel Award for Love After Love, while Monique Roffey won the Novel Award for her seventh book, The Mermaid of Black Conch: A Love Story.

The i newsletter latest news and analysis

Almost 20,000 mammals, birds, reptiles and insects have been tallied for London Zoo’s annual stocktake. Two Sumatran tigers and 67 Humboldt penguins are among the zoo’s 440 species. New arrivals this year include two otter pups born during England’s first lockdown. An okapi named Oni gave birth to a female calf, Ede, in September, part of the breeding programme for the endangered species.

The celebrated pianist Angela Hewitt said she had finally moved on after losing a piano she described as her “best friend” after she received its replacement. Her unique, £150,000 four-pedal Fazioli, on which she had made all her recordings since 2003, was dropped last January by specialist instrument movers and smashed beyond repair.

Still haven’t taken down the Christmas decorations ? Don’t worry. Keep the halls decked with boughs of holly until February to bring cheer in the dark winter months, English Heritage has said. The charity is appealing to the public to follow the traditions of our medieval ancestors and leave festive decorations up until Candlemas on 2 February.

A cache of First World War love letters found in a charity shop will be reunited with the family of the woman who received them more than 100 years ago, after the Sue Ryder charity launched a campaign. Mary Fortune’s letters from her husband George, in the Durham Light Infantry, were found in a store in Fulwell, Sunderland. Now they are set to be returned to David Bambrough, who came forward to identify himself as the great-grandson of Mary’s brother.

Vodafone is offering all small businesses in the UK free broadband for 2021 as reliance on internet access increases during lockdown. The network operator said all firms with between one and 50 employees would be able to apply for the new scheme, including existing Vodafone customers who are eligible to upgrade.

The rare narrow-headed ant has been rescued from the brink of extinction with the help of local volunteers, wildlife charities Buglife and Devon Wildlife Trust, the Highways Agency and Paignton Zoo. A loss of heathland habitat caused populations to fall to the point where there was only one site in England where its distinctive domed nests with roofs of nibbled grass could be seen. Now, some DIY conservation tools, including garden equipment, old fish tanks and net curtains, have boosted the prospects of the ant in its remaining South Devon home.

Thousands of people a year could avoid chronic kidney disease in the UK after a new genetic treatment was found to cure a rare disorder in mice. Scientists at Bristol University hope that their new technique – which involves replacing faulty with functional genes– could be used to treat a rare genetic disease known as nephrotic syndrome within three to four years in humans, as well as the causes of chronic kidney diseases that involve genetic defects.

An Arkansas doctor has written off nearly $650,000 (£477,000) worth of debt for 200 cancer patients after realising that many of them were struggling to pay because of the pandemic. Dr Omar Atiq was working with a debt collection firm when he realised how many families had been hit hard financially.

A statue of the pioneering 19th-century palaeontologist is one step closer to being erected after a design was released as campaigners make a final push for funding. The Mary Anning Rocks campaign, led by 13-year-old Evie Swire, plans to create a permanent memorial in Lyme Regis, Anning’s home town, on the Jurassic coast of Dorset.

A postcard lost in the post for 65 years has finally found its way to its intended recipient. Chris Hermon was sent the card by an American pen pal in 1955, when he was a young boy. He finally received it last month, after a hospice charity shop worker tracked him down.

A group of wild swimmers are braving a daily dip throughout January into icy waters across the North of England to raise funds to help end homelessness in the UK. Around 30 members of The Dales Dippers wild swimming group, facing near-freezing water temperatures, snow, ice and Covid restrictions, clad only in their swimming costumes and bobble hats, have raised more than £30,000 so far.

READ  Flashback: the Samsung Galaxy Mega 6.3, the phone that was larger than the Galaxy Note
Share on FacebookShare on TwitterShare on LinkedInShare on Reddit
techregisterJanuary 8, 2021 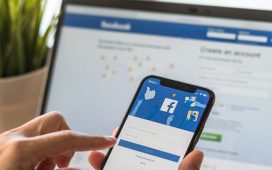 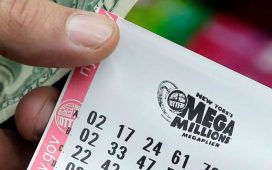 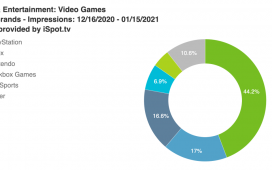 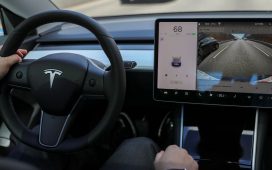 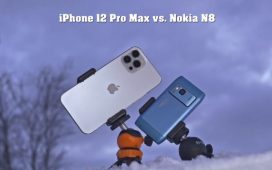