From gangland London to the wilds of Antarctica


It wasn’t the failed attempt to kill him that compelled Dwayne Fields to turn his life around, but the expectation that he would seek revenge. He was 21 and had pursued a stolen motorbike to a housing estate near his home in east London. After a confrontation, a man pointed a gun at Fields and fired twice. The gun jammed.

“Afterwards everyone was saying, ‘you need to get this guy, we know where he is’,” Fields, who is now 37, tells me. “It was the same pressure that had got me into that situation and I thought, ‘I can’t do it anymore, because I’ll end up dead or in prison’.”

Instead, Fields ended up in the Arctic. In 2010, he became the first black Briton to walk almost 400 miles to the magnetic North Pole. He is now an adventurer and campaigner for diversity in an industry that is still dominated by privileged white men.

I talk to Fields about his remarkable journey, and how he managed to change course so dramatically, in the week he is announcing his next expedition. In February, he will set sail for Antarctica.

He is not pursuing a record — there will be no first ascent or daring crossing to brag about. Instead, he is inviting at least 10 young people from disadvantaged backgrounds to join him, and to find inspiration and learning on the coldest continent. “It’s about planting seeds not flags,” he says.

With Phoebe Smith, an adventurer and the co-founder of the #WeTwo Foundation, Fields has secured sponsorship and support from companies including British Airways and Hurtigruten, the Norwegian cruise line, which is providing space aboard one of its new hybrid-powered expedition vessels.

The team of 16- to 18-year-olds will use the ship as a base for exploration and study. They will work with marine biologists and geologists to track birds and whales, and study the effects of warming seas. They will walk with penguins.

You type ‘adventurer’ into Google and you see mostly men who are middle class, middle aged and white

Fields is inviting anyone, including social workers, teachers and probation officers, to nominate candidates via the WeTwo website, where people can also put themselves forward. “If you’re from a background where it’s not possible to even imagine an opportunity like this, you’re probably who we want,” he says.

READ  EU budget: Talks end amid stand-off between 'frugal' and other nations

It was a feeling of having little left to lose that shook Fields into action. By the time the gun jammed, he no longer recognised himself. As a kid growing up in rural Jamaica, he had been a natural adventurer. “I always wanted to know what was round the corner, or up that tree,” he says.

Fields immediately felt out of place when he moved to London, aged seven. People mocked his accent, and laughed at him when he climbed a tree to inspect a squirrel’s nest or dug up insects in the school playground. So he buried his intrepid spirit, not even leaving London until adulthood. He met the low expectations of those around him and eventually fell in with a bad crowd.

Fields says he never carried a weapon but was often close to trouble. He had been stabbed before the gun incident and was once homeless for a week, walking miles across London by night for fear of being attacked while sleeping.

Fields was working part-time as a bank cashier when a colleague suggested he join him on the Three Peaks Challenge — a climb of the tallest mountains in England, Scotland and Wales inside 24 hours. He showed up in his old trainers. “I felt so much pain but it was so liberating,” he recalls. “I felt like that kid again. Instantly it was like, ‘right, what’s next?’”

A few months later, Fields saw James Cracknell, the Olympic rower, and the presenter Ben Fogle on breakfast TV. They were recruiting a third person to join them in a race against a Norwegian team to the South Pole.

Fields didn’t get the spot, but the organisers offered him a place in the Polar Challenge, an annual race to the Magnetic North Pole. Fields immediately said yes. “I was a kid from Jamaica who grew up in Hackney — a pole was a pole,” he says. It was as big a diversion as he could imagine from the course he had been walking in Hackney.

“Bruv, are you climbing the North Pole?” one friend said when Fields announced his plans. Others told him: “That’s not what we do.” But when Fields started to research polar expeditions, one face leapt off the screen.

Matthew Henson was a black American explorer. He and Robert Peary claimed to be the first people to reach the geographic North Pole in 1909 (analysis later suggested they may have fallen short). Henson had started as Peary’s valet but became a distinguished — if initially overlooked — explorer. “I looked at his face and thought, well if he can do it,” Fields says.

The North Pole trek was a revelation, and Fields has since circumnavigated Jamaica by kayak and run ultra-marathons across deserts. But, hiking over ice a century apart, he and Henson remain exceptional. “You type ‘adventurer’ into Google and you see mostly men who are middle class, middle aged and white,” Fields says.

Fields, who now makes a living as a public speaker and TV presenter, wants to raise money to add 10 more places to his Antarctic expedition and is appealing for donations and new sponsorship. Before and after the expedition, members will be encouraged and supported to share their experiences and work on environmental projects.

He has already witnessed the transformative power of the outdoors in other young people. In 2018, he was recruiting for a “street to peak” hike up Ben Nevis in Scotland. While driving through east London one evening, he spotted a teenager walking out of a takeaway shop. On a whim, Fields pulled over and gave him his card and said: “Do you want to climb a mountain?”

Jahrel, who was 20, was understandably confused. “But 20 minutes later he called me saying, ‘are you sure, bruv — me climb a mountain?’” The young man reminded Fields of himself. He had more than one encounter with police and had been threatened at gunpoint. But he had a desire to climb out of that life.

In a campsite during the expedition, Jahrel was on a video call to his father when Fields walked past. They got chatting and Fields, who had been abandoned by his own father as a baby, said how glad he was Jahrel was there. “And his dad turned round and said, ‘I’m so proud he’s gotten this far’. And the moment he said ‘I’m proud’, I noticed this boy’s face drop and his eyes started filling up. It was the first time he’d ever heard the words ‘I’m proud of you’.” 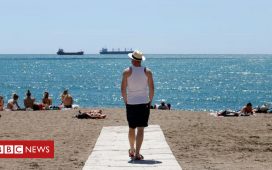 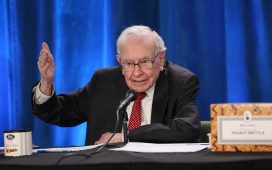