France is pushing for changes to the EU’s upcoming regulations on big tech companies, including Apple, Google, Amazon, and Facebook, that would make it easier for governments to penalize bad behavior and widen controls on content, according to a new report by the Financial Times.

The Digital Services Act, presented in December 2020, is designed to tackle illegal online content in the European Union by obliging big tech companies to quickly remove it, or face hefty fines.

France now wants to change the Digital Services Act by allowing every individual EU member state to have the right to fine big tech companies and force them to remove content on their platforms. Currently, only EU countries where tech companies are headquartered can enforce the EU’s laws.

For example, Apple, Google, and Facebook have European headquarters in the Republic of Ireland. This means that, as it stands, only Ireland can sanction these companies or make requests for the removal of content. France’s proposition would give all 27 EU member states the ability to punish or control big tech companies in the exact same way Ireland can.

There is, however, concern among EU officials that the French proposals would erode the EU’s precious single market. The single market is an agreement designed to make it easy for people, goods, services, and money to move between EU member states, as though it is a single country. Under France’s plans, big tech companies would be subject to 27 authorities, instead of just one.

The Digital Services Act comes hand-in-hand with the Digital Markets Act, which demands that big tech companies share metrics with competitors, ensure that all apps are uninstallable, and do not preference their own apps and services. Companies that fail to do so may face large fines, as high as ten percent of the company’s worldwide annual turnover, or even forced disinvestment.

Apple has already gone some way to meeting the rules set out in the Digital Markets Act. For example, as of iOS 10, Apple has allowed users to uninstall default apps. Likewise, last year, Apple adjusted its App Store search algorithm so that fewer of its own apps appear at the top of search results. Nevertheless, Apple will be equally obligated to meet the demands of the legislation, including sharing its internal metrics and data, when the act comes into law.

In recent weeks, France’s minister for the digital economy, Cedric O, has met with senior EU officials, including the European commissioner in charge of the upcoming big tech regulations, Thierry Breton, to make the case for these significant changes to the Digital Services Act.

Note: Due to the political or social nature of the discussion regarding this topic, the discussion thread is located in our Political News forum. All forum members and site visitors are welcome to read and follow the thread, but posting is limited to forum members with at least 100 posts. 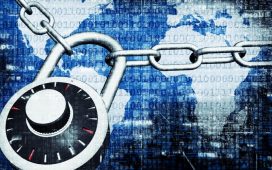 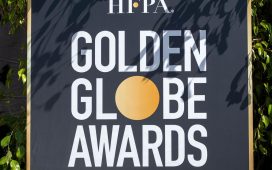