Boris Johnson has dashed hopes of additional financial support for business after delaying the full opening of the UK economy by four weeks because of a rise in coronavirus cases.

The UK prime minister said “now is the time to ease off the accelerator” of the unlocking, adding that a cautious approach could “save many thousands of lives by vaccinating millions more people”.

The move to “step four” of the government’s easing plan was delayed due to the rapid spread of the Delta variant of coronavirus first identified in India. Businesses will be asked to keep workers at home where possible — forcing a rethink for many companies — while nightclubs will remain closed and limits will remain on indoor socialising for another four weeks.

Companies face the return of significant costs in July even though many will not legally be able to reopen or trade fully. Employers will need to start contributing 10 per cent towards furlough costs as well as a proportion of their business rates.

The Johnson government has spent £407bn on supporting business through the crisis but the Federation of Small Businesses called on ministers to delay the tapering of the employee furlough scheme — which provides 80 per cent of a usual salary. 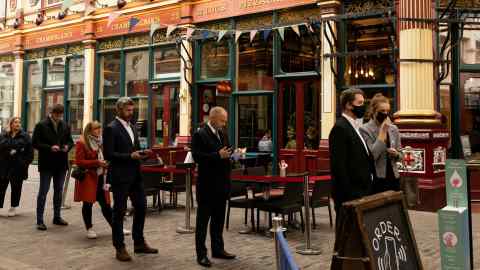 The FSB also urged the government to write off bounceback loans for businesses that are still closed and to extend full business rates relief for companies in retail, hospitality and leisure.

“Business have spent thousands on ordering food and drink, selling tickets and marketing events in preparation for this date, while restaurants and bars have been banking on opening up fully to start recouping over a year of lost revenue,” said Craig Beaumont, chief of external affairs at FSB.

But Johnson ruled out any change to the timetable on the tapering of the furlough scheme or business support programme.

“We always made sure that the furlough scheme would continue until September to take account of the whole spread of the road map. The chancellor has always been very clear about that,” he said at a Downing Street press conference. “On the basis of what we can see now in the data, on the basis of vaccine effectiveness, we don’t think we’ll need to change.”

Over the next month, the NHS intends to offer two doses of Covid-19 vaccinations to two-thirds of England’s adult population, including all over-40s. All adults will be offered one jab before the easing.

Although Johnson described July 19, when all restrictions are now due to end, as a “terminus date”, he did not rule out a further delay if the data pointed to risk of the health service being overwhelmed.

“I am confident that we will not need more than four weeks and won’t need to go beyond July 19. It is unmistakably clear that the vaccines are working and the sheer scale of the rollout has made our position incomparably better than in previous ways,” he said.

It is absolutely vital to get both doses as soon as they are offered to you, to gain maximum protection against all existing and emerging variants

On Monday, 7,742 further cases of coronavirus were reported and three further deaths. The prime minister said intensive care cases were rising and Covid-19 infections were growing at 64 per cent across the country week on week.

Some senior ministers expressed unhappiness with the delay while a number of backbench Conservative MPs could rebel against the government, citing the success of the UK’s rapid vaccination programme.

The government said in the spring that it would not withdraw the furlough scheme in its entirety until the end of September.

One senior government figure said this was still generous compared with other countries including France, where companies now have to pay 25 per cent of the wages of those receiving state support.

The official added that the government had introduced a £2bn scheme specifically for councils to distribute funds to companies in hard-pressed sectors that were still struggling. Half of this sum had not yet been spent, the official added.

The UK is still considering a partial extension of the rent moratorium this week, which would provide the retail and hospitality sectors some help given landlords are owed as much as £6bn in rent from tenants that have been shut during the pandemic.

The prime minister did, however, make some concessions. The cap on those attending weddings will be lifted from June 21 — both indoors and outdoors — but social distancing will be required, along with masks and no dance floors.

As part of the government’s aims to reopen London’s West End, Lord Andrew Lloyd Webber’s production of Cinderella on Drury Lane is expected to be part of the next series of pilots for mass events, along with further Euro 2020 football matches.

Lloyd Webber has said he will bring up the curtain on his show on June 21, despite government restrictions, and is “prepared to be arrested”. One Whitehall official said: “it’s the only production of scale that will work”.

See also  200,000 families on Universal Credit and housing benefit lose £62 a week due to benefits cap

Medical and scientific advisers believe the Delta strain is between 40 and 80 per cent more transmissible than the previously dominant Alpha variant first identified in Kent. The new Delta variant is growing at 70 per cent week-on-week across the UK.

But new data from Public Health England highlighted the effectiveness of the two vaccines currently in use in the UK against the Delta variant. The analysis suggested that the BioNTech/Pfizer vaccine is 96 per cent effective against hospitalisation, while the Oxford-AstraZeneca vaccine is 92 per cent effective.

Mary Ramsay, head of immunisation at PHE, confirmed the jabs offered “significant protection” from the Delta strain. “It is absolutely vital to get both doses as soon as they are offered to you, to gain maximum protection against all existing and emerging variants,” she said.

Johnson was admonished by Sir Lindsay Hoyle, speaker of the House of Commons, for his failure to announce the changes to parliament first.

“I find it totally unacceptable that once again, once again, we see Downing Street running roughshod over members of parliament,” he said. 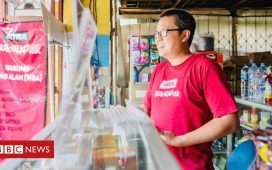 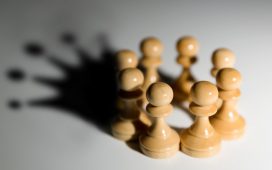 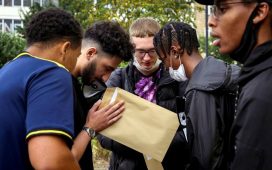