A Florida state representative on Saturday called for President Donald Trump’s Palm Beach club Mar-a-Lago to face fines and closure after a video surfaced of a maskless New Year’s Eve party at the resort, seemingly in violation of local orders meant to curb the spread of COVID-19.

Omari Hardy, a Democrat from Palm Beach and previous city council member, in a series of tweets Saturday called on Palm Beach County officials to take action against the president’s property to ensure it would comply with pandemic orders.

“Mar-a-Lago is a club. A club is a business. Businesses must comply with Palm Beach County’s mask order,” Hardy wrote in an email to Todd Bonlarron, the assistant county administrator for Palm Beach County, which he shared to Twitter.

Viral video of the Mar-a-Lago New Year’s Eve bash, which Trump and the first lady ditched, spread on Twitter on Friday and Saturday, showing a crowded ballroom of maskless people dancing along to performances from Mike Love of The Beach Boys and Vanilla Ice.

According to The Independent, attendees included Rudy Guiliani, the former New York City mayor and personal lawyer to the president who was seen dancing in one viral video, the president’s sons, and Fox News personalities like Jeanine Piro.

Donald Trump Jr., the president’s eldest son, shared a video of himself to Facebook during Vanilla Ice’s performance at the party, which was not attended by the president or first lady Melania Trump. Guests paid as much as $1,200 for access to the ballroom, according to the Independent.

Representatives for Mar-a-Lago did not return an Insider request for comment by the time of publication.

A mask order in Palm Beach County, which was recently extended by county officials through January 20, requires the wearing of masks in public spaces when social distancing is not possible and while a person is working in or patronizing a business.

In the letter, Hardy, elected to represented Palm Beach county in 2020, said he feared that the party had the “potential to be a super-spreader event,” an event where a single person infects a large number of others or when a gathering is linked to numerous COVID-19 infections.

Hardy said he was concerned about Mar-a-Lago staff, their families, and how infections from the party could trickle into the community, like at schools when students return to classrooms following the winter holidays.

Hardy asked the assistant county administrator a series of questions, including whether officials will take action against Mar-a-Lago, whether the club will be fined for the apparent violations, and whether the county will considering shutting it down if it is found to have “consistently flouted” the mask mandates.

The office of the Palm Beach County administrator did not immediately return Insider’s request for comment on Sunday. 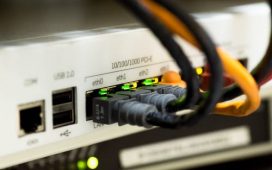 How To Pick An Internet Service Provider For Your Home 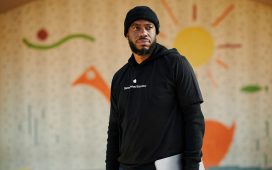 Smartphone use may not interfere with working of Electronic Apex Locator: Study

Github apologises for firing Jewish employee who warned about 'Nazis'

7 Essential Lessons Toward Marketing as a Business Driver

For Microsoft’s January patches, no all-clear (yet)