Fisker hits snag in deal to use Volkswagen’s EV platform


Fisker Inc. has hit a snag in the plan to power its electric vehicles with Volkswagen’s modular EV platform, as negotiations over a “cornerstone agreement” that were supposed to end this month are now delayed until at least September.

In a scripted presentation to investors filed with the Securities and Exchange Commission (SEC) early Friday morning, founder Henrik Fisker says his company has “not achieved our goal of signing a cornerstone agreement with VW by the end of July 2020 as we previously anticipated.” The agreement is supposed to lock in costs, production capacity, and a production timeline.

Fisker says he “look[s] forward to continuing discussions with VW again in September after the traditional European summer holidays,” but adds that Fisker Inc. remains “in conversation with several other potential OEMs and suppliers.”

“It is a reality when working with world-class partners that they might not move at our speed,” Fisker says. “This is something of which we must be respectful.”

Fisker Inc. is currently trying to become publicly traded on the New York Stock Exchange by merging with Spartan Energy Acquisition Corp. Spartan, which was started by Apollo Global Management, is a “blank check company” or “special purpose acquisition company” — essentially an entity with no real business that gets listed on a stock exchange and then seeks out a company to merge with, thereby offering something of a shortcut around the traditional IPO process. The script was filed with the SEC by Spartan.

While Fisker says he still believes in Fisker Inc.’s overall timeline (deliveries starting “as early as the end of 2022”), time is of the essence. Spartan shareholders gave the company two years to merge with another company, and that deadline is up on August 14th. In the meantime, Spartan has asked those shareholders to approve an extension of the deadline to February 2021. A vote is scheduled for next week.

READ  BMW will make an all-electric 5 Series, 7 Series, and X1

Fisker Inc. and Spartan announced their proposed merger earlier this month, adding themselves to a suddenly growing list of investments and mergers in the electric vehicle space. As The Verge first reported, Fisker Inc. revealed at the time that it has been in talks with Volkswagen to use the German automaker’s so-called MEB platform (which consists of scalable battery packs, electric motors, and the other EV tech that drives a car) for years. The two signed a memorandum of understanding in November 2017, and a “collaboration agreement” in December 2018. The first prototype of Fisker Inc.’s Ocean SUV, which debuted at the 2020 Consumer Electronics Show, was even built by Volkswagen’s Italdesign subsidiary on the MEB platform.

Fisker Inc. has said it wants to build two more models on the MEB platform beyond the Ocean. Volkswagen is already working with Ford on developing a vehicle powered by the MEB platform, and it has talked about partnering with other companies. But the German automaker is in the middle of remaking its executive ranks. Both Fisker Inc. and Volkswagen didn’t immediately respond to requests for comment.

Fisker Inc. is trying to become an “asset light” automaker

Founded in 2016, Fisker originally set out to make high-end sports cars powered by solid-state batteries with Fisker Inc. — a sort of evolution of the work he had done at his first startup, Fisker Automotive, which ultimately went bankrupt. But he eventually turned his focus on making more affordable (and allegedly sustainable) electric SUVs powered by more conventional lithium-ion batteries.

In order to avoid the pitfalls of making an electric vehicle in-house, Fisker has said he wants Fisker Inc. to be “asset light” and not vertically integrated. Instead, he’s planning to source as much of the hardware from other companies as possible so Fisker Inc. “can focus exclusively on innovation in consumer-facing areas of the car, which are software, sustainability and a highly emotional design.”

“We are confident that this asset light model will allow us to deliver a compelling, affordable vehicle with an unparalleled digital consumer experience,” Fisker says in the script made public on Friday. “[W]e are pursuing an industry changing business model that will deliver Emass, or Emobility as a service, with the most sustainable, emotional design to deliver ultimate value to the consumer, while driving the biggest profits in the automotive industry. This is our commitment, and we are on target to deliver on this.” 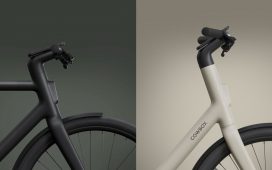 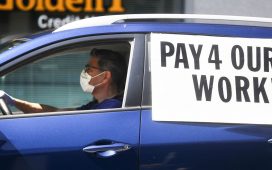 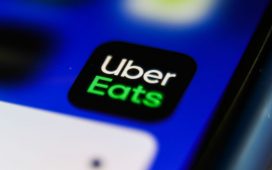 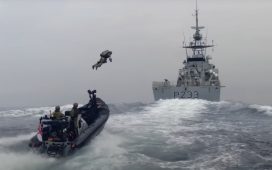 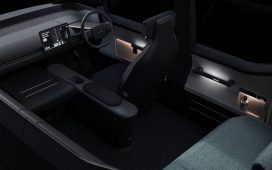 Arrival and Uber are working on an electric ride-hailing car 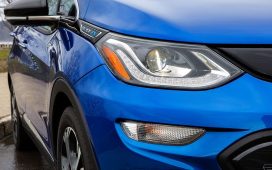 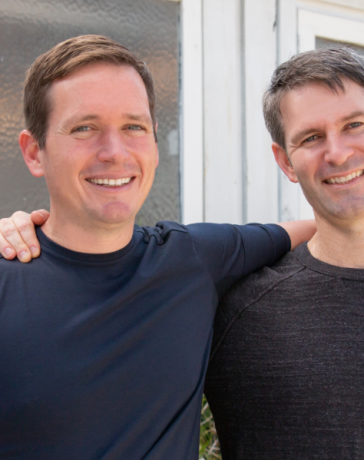