Internet access in rural areas of Carroll and Trimble counties is not any different than other communities across the nation. Topography, population density and access cost are factors when trying to expand broadband access.

“Federal funding to expand broadband access has been made available through the Rural Digital Opportunity Fund.,” said Benjamin U’Sellis, a project manager for Charter Communications. “Kentucky has been awarded $58 million in federal Funds to expand broadband to 32,000 homes in the state.”

U’Sellis said one of the stipulations for the federal money was there could not be any broadband service in the census tract.

“It has been a struggle for years to expand broadband in rural areas,” he said. “The last mile is really expensive.”

The process was a reverse auction that internet provides bid on, with the least amount of federal money winning the project.

“Charter is received $1 billion of the federal funding for projects across the nation and committing $4 billion of its own money to complete the projects,” U’Sellis said.

U’Sellis said this rural expansion is not going to happen overnight. There is eligibility with telecommunication with the Public Service Commission and permissions for pole attachments that must be worked out.

READ  Trump has been impeached – so what happens next? | US news

He expects that building would begin at the end of the year or early 2022.

Tomlinson said the county is desperate now for broadband and the timeline is important. The industries are having more people work from home and the court system is being impeded by lack of services.

County Attorney Nick Marsh said the franchise agreement with the county would need to be updated and most likely go to bid. Questions coming from Carroll County magistrates included would Charter be using certain contractors for certain jobs and would that cause backlogs in building the infrastructure.

Mark Bates said there is a perpendicular road in Ghent with service just across the street with 37 customers that don’t have access and a second example is part of Gillock Avenue in Carrollton that does not have service.

U’Sellis said without this federal funding it would never be feasible to supply broadband service to these areas.

Charter has a blog post that says the company expects to invest about $5 billion to support this infrastructure expansion, offset by $1.2 billion in support won in the Rural Digital Opportunity Fund auction. Thanks to this public-private partnership, Charter will reach many more homes and small businesses than it otherwise would have because of the high costs to reach these areas. This expansion will be in addition to Charter’s ongoing annual investments in infrastructure and technology.

Charter will also add significant resources to our construction department focused solely on adding nearly 115,000 miles of new network infrastructure to our more than 750,000 existing miles, the company said in the posting. The company also plans to hire more than 2,000 full-time employees and contractors to support the expansion. Charter employees already earn more than double the federal minimum wage and we’re increasing it so that every employee earns at least $20 per hour in 2022.

Funding rural broadband deployment is one part of solving the deployment gap, but there are also many federal and state legislative and regulatory fixes that can increase the speed and reach of rural network expansions, according to the Charter announcement. Broadband deployments are dependent on a variety of external factors, including when necessary state applications and permits are approved and the speed of the make-ready and utility pole permitting and attachment processes. With fewer homes and businesses in rural areas, broadband providers need to access multiple poles per home, as opposed to multiple homes per pole in higher-density settings. As a result, pole applications, pole replacement rules, pole rental fees and the issues and disputes arising from them are all factors that can have a significant impact on build-out timing and speed to completion.

“We continue to work with elected officials and regulators at the local, state, and federal levels to reduce the obstacles to deployment and expedite connectivity for those who lack broadband,” Charter officials said in the posting.

“By deploying high-speed broadband service to more people, we are empowering them to thrive in the 21st Century, regardless of whether they live in a small town or an urban center. That drives economic growth and powers opportunity – leading to a stronger, more equitable economy. With this new multi-year, multi-billion-dollar investment, we are excited to do our part to increase opportunity by continuing to help close the broadband access gap.”

Broadband internet access is more important than ever to education, employment, healthcare, and daily life. Yet tens of millions of households and businesses – especially among vulnerable communities and in rural areas – still lack access or have not adopted broadband internet service. 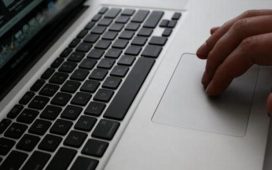 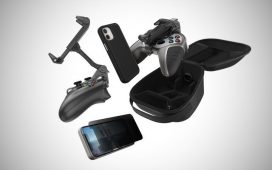 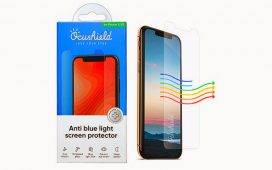 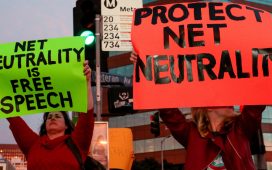 The future of USPS trucks is electric: The new fleet will replace, expand more than 230K vehicles

Has Dublin built too many luxury apartments?

London should be centre of ‘Spac revolution’, says ex-LSE chief