Lewis Hamilton and Max Verstappen face off for one finale time in this spectacular Formula 1 season this weekend, as the title rivals head to the Yas Marina circuit in Abu Dhabi level on points.

This is the first time the top two drivers have headed into the final round of the campaign on level points since 1974, after Hamilton’s dramatic win in the chaotic Saudi Arabian Grand Prix at Jeddah last time out.

The seven-time world champion is on a superb run of three consecutive victories, and one more could guarantee him a title that would take him to eight, more than any other driver in the history of the sport. Verstappen currently leads the standings by virtue of winning one more race so far this season, meaning that if neither driver finishes in Abu Dhabi, the Dutchman would win his maiden drivers’ championship.

The race on Sunday could be one of the most intense, hard-fought finales in the history of the sport.

F1’s technical director and former championship winning team boss Ross Brawn says the winner of this season’s drivers’ title “must” be decided on track rather than in the stewards’ room.

Both Max Verstappen and Lewis Hamilton have received penalties for causing collisions with one another this season, and with so much at stake in Abu Dhabi the possibility of further contact at the finale cannot be ruled out.

And Brawn wrote in his official F1 column: “It will be tough. Neither will give an inch but we want a sporting competition. We don’t want to step over the line. We don’t want this championship to be decided by stewards’ decisions and to end up in the appeal courts or elsewhere. It must end up on the track in Abu Dhabi with the best driver winning.”

Danner says Verstappen “doesn’t give a damn” about racing fair

It’s not just Hakkinen who has been perturbed by Verstappen’s method of fighting Hamilton at Jeddah, with former F1 driver turned commentator Christian Danner saying the 24-year-old has no interest in “fair competition.”

The ex-Zakspeed and Arrows driver told Motorsport-Magazin.com: “What I really can’t accept is the fact that Verstappen really did a brake test. So he braked, didn’t just somehow drive to the side and relinquish the place, but actually braked to make a mess of it.

“[Verstappen and Hamilton] managed to get along with each other to the extent that they finished the race, but there is already a clear tendency: The trick box juggler is not Hamilton.”

Double F1 world champion Mika Hakkinen has criticised Max Verstappen’s driving out front at the Saudi Arabian Grand Prix, after the Dutchman once again drove Lewis Hamilton off the road, before the two came together in a collision after the Red Bull driver was told to give the place back.

See also  How to watch Johnson vs Corbyn 2 online: stream BBC Prime Ministerial Debate for free in the UK or abroad

“When you have to let a car re-pass there is only one way to do it safely,” the former McLaren driver wrote in his Unibet column. “That’s to make a clear move to one side, come off the throttle slightly and allow the natural speed differential to enable your competitor to re-pass you. What happened in Jeddah was dangerous.

“It was not positive racing and the FIA were right to apply a penalty after the race. the message is clear. Dangerous driving will lead to a penalty and if the FIA see a repeat of that kind of driving in Abu Dhabi I believe the penalty will be severe and immediate.”

“Max is a kid compared to Lewis and the worst thing is Lewis has a massive publicity campaign working for him,” Bernie Ecclestone told AFP.

“Max has more than a race to confront as he has them too on his back because they are bullying him and not playing fair. It is psychological game playing.”

Verstappen vs Hamilton in Saudi Arabia was ‘rental karting’, not F1, claims Villeneuve

“It wasn’t F1, it was rental karting, everything was wrong. So I’m not sure what to say,” Jacques Villeneuve told Motorsport.com.

See also  The Walking Dead: Onslaught will crawl its way into VR this year

“And then when you see the team principals, everyone is shouting and putting pressure even on the marshals and so on. That becomes ridiculous. It really has become ridiculous.

“It was great for the fans, so that probably will increase the viewership which is great for F1. But we are starting to get away from the sport, that’s all. So ultimately, it depends if you are a purist or not.”

“I’m fine, it was quite an impact unfortunately,” said Nikita Mazepin when asked about his crash at the Saudi Arabian Grand Prix. “I took quite a big hit, especially on the left side of my upper body, and for sure will wake up sore tomorrow.

“But I’d say I’m very fortunate to be racing in this era because the work Jean Todt has done together with the FIA made us able to walk out of this. And I’m not sure if it was the same, let’s say, 15 years ago.

“From what I saw, Charles didn’t have anywhere to go, spun Sergio around. The place is so tight that when Sergio was sideways it took about 85% of the circuit. So George, seeing what’s happening, took a precaution and then lifted or braked.

“And I was fighting with [Lance] Stroll out of Turn 2 and we were both going to go flat through that place. But unfortunately, there wasn’t enough time to stop because the speeds were over 200, I also tried to brake but it just was impossible to avoid George’s back.

“The track is so narrow that it’s like a traffic jam and going full speed inside it.”

F1 title permutations: What do Lewis Hamilton and Max Verstappen need to do in Abu Dhabi?

“Toto wrote me a nice little message – we’ll keep that between us – on my visor before FP2,” Russell told the F1 Nation podcast while chatting to Mercedes team principal Toto Wolff.

The Austrian replied: “Actually, a compliment.”

Russell then added: “Usually the helmet guy writes on the visor how many tear-offs you’ve got… and then Toto took over this week on helmet duty and wrote me a lovely little message on there.

“It began with F, it had a K in it and ended with R, so you can fill in between…”

Alfa Romeo Racing ORLEN announced on 16 November that the 22-year-old will join their team for the 2022 season, with the opening race scheduled for the Sakhir circuit in Bahrain on 20 March.

“Becoming an F1 driver has always been my dream, and I’m really excited to finally fulfil my dream. I want to thank all my fans who have been following my races and supporting me,” Mr Guanyu said.

“I’m looking forward to the opening race of the next F1 season. Until then, I will continue to comprehensively improve. And I will learn from my teammate, Valtteri Bottas, who is a very experienced driver. I hope you can always support me and follow my first F1 season.”

Tyson Fury has leaped to Max Verstappen’s defence after the Red Bull driver came under criticism following his collision with Lewis Hamilton at the Saudi Arabian Grand Prix.

“I’ve just been reading up about the F1 rivalry between Lewis Hamilton and Max Verstappen and how Max is being made out to be a bit of a bad boy,” Fury said in a video on his Instagram story.

“It’s not nice, especially when you are young and ambitious and want to win. Give him a bit of a break – he’s only a young lad trying his best. Good luck to both men in the Abu Dhabi Grand Prix.”

Fury is friends with Red Bull team boss Christian Horner, who revealed earlier this season: “The two-time world heavyweight champion is a fan of Max and there has been a lot of excitement from other sports around the competitive championship fight we are in.

“Tyson is an incredibly passionate and focused guy and I think he respects the fact that Max drives in a similar way.” 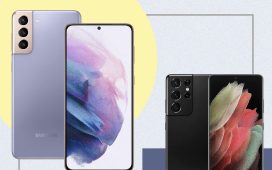 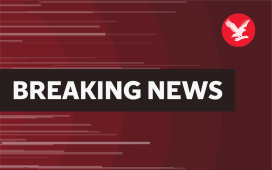 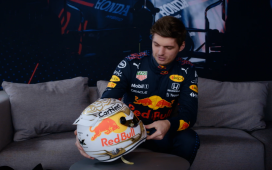 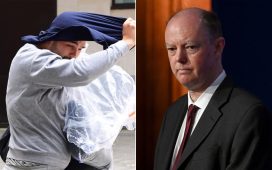 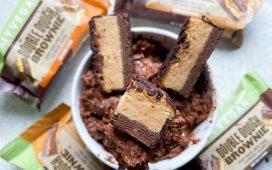