Express Your Love With This Artificial Intelligence Platform!


Artificial Intelligence technology has facilitated the difficulties of tons of lovers who are frightened to express their love or who do not find the ideal style to propose to their loved ones on Valentine’s Day. And this challenge is addressed by the leading chocolate brand Cadbury Silk through its marketing campaign, ‘How far will you go for love’. Google & Microsoft’s challenger brand – Bobble AI, the world’s first conversation media platform took the responsibility to reach 58 million young people in India. Also Read – Valentine’s Special: Shraddha Kapoor Delivers A Special Valentine’s Day Message For All Her Fans!

Bobble AI acclaimed for being the most engaged, retained, and highest-rated keyboard globally, currently has a user base of 50 million+ users. Catering to millennials and GenZies, Bobble AI designed an exclusive chocolate-themed sticker, GIFs & Bigmojis – which more than 1.1 million lovers used to express their love this season. Cadbury every year comes around with creative marketing campaigns, however, for the first time, the brand’s Valentine’s Day campaign is using unique Conversation Media Marketing solutions by Bobble AI to strike a direct chord with Millennials and GenZies. Also Read – Valentine’s Day 2020: Shoaib Ibrahim and Dipika Kakar Reveal Important Things About Their Relationship!

As the sentiment is soaring for the festive season, Cadbury Dairy Milk Silk aspired to reach consumers on messaging platforms like Whatsapp, Instagram, and Facebook, without forcefully intrusion via traditional advertising technology. The use of AI-powered conversation media marketing proved extremely beneficial for Cadbury as it reached  58 million people in just 14 days. By the end of February, Cadbury will impact the twice many young people who resort to online chatting for daily conversations. Also Read – Valentine’s Day Special: Neha Pendse Reveals The Most Romantic Thing She Has Done!

Smartphone users send more than 70 Billion chat messages every day which includes more than 10 Billion emojis and 700 Million Stickers/Gifs on an everyday basis. Billions of these messages are sent by users using Bobble Keyboards. And that’s why Cadbury, the world’s well-known company, joined hands with Bobby AI to run a unique campaign for those who are hesitant to express their love on Valentine’s Day.

The AI-led platform, Bobble AI’s current user base is 50 million+ with Pan India reach and offering its services in 120+ languages including 37+ Indic languages. Bobble AI has also launched a number of regional keyboard applications including Malayalam, Bangla, Marathi & Hindi Keyboard.

Commenting on the partnership, Anika Tanwar, Business Head, Marketing Solutions at Bobble AI, said, “With more than 700 million stickers and GIFs sent each day, the conversation led platforms such as WhatsApp, Instagram and Snapchat have witnessed a significant evolution with regards to the manner in which conversations are initiated and consumed among the younger generation. The association with globally renowned brands such as Cadbury is a testimony to Bobble AI’s belief in the power of conversations having the impact that a brand desires today. These solutions are fast becoming a crucial element of the marketing mix to ensure the overall success of the campaign and maximize reach within a short time span”.

Reputed brands, including Tinder, Adidas, Reebok, Viacom18, Sunfeast YiPPee! Mood Masala, ABT Associates, Sony Pictures, Kingfisher to name a few, have used this platform to be a part of 12 million+ consumer conversations.

Bobble AI’s Conversation Media Marketing is a new phenomenon for India but there are many key players globally like Bitmoji, Giphy, Tenor, Genies & Holler who are driving this revolutionary idea to help brands reach the new-age audience – millennials and GenZ, in an absolutely non-intrusive way.

READ  What is Machine Learning and How Does It Benefit Cybersecurity?

As per the recent report by Dentsu-e4m, The digital medium has already overtaken print to become the second biggest AdEx medium in India and is fast catching up with TV AdEx numbers. Digital advertising is expected to grow at 20% to reach a market size of Rs 18,938 crore by 2021, and with a CAGR of 22.47%, to reach Rs 23,673 crore by 2022. According to the report, the highest proportion of spends on digital is contributed by social media (29%, Rs. 4,596 crores) as Indian consumers spend around 2-3 hours on social media a day, hence, resulting in higher spending on social media platforms.

A study conducted in 2018 by American analytics company ComScore had discovered that Indian users invest a total of ninety-eight percent of their total online time on WhatsApp.

With an ever-evolving digital advertising space, Conversation Media Marketing space has the potential to be USD 250+ Billion by 2024, impacting each and every person who has a smartphone and uses a chat/messaging app.

— Note: This is a press release 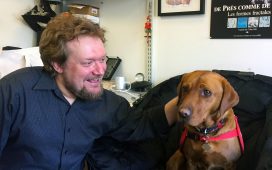 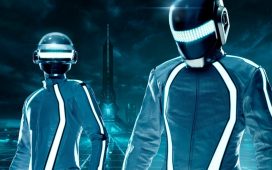 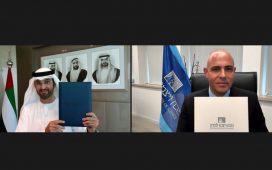 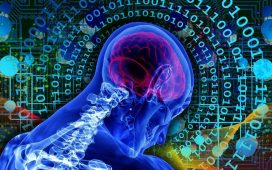 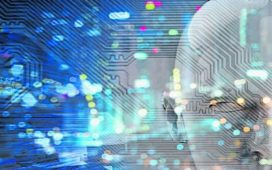