The exodus of small investors from the Irish rental sector has reduced the number of available tenancies by nearly 22,000, estate agent Sherry FitzGerald has estimated.

In its report, it said traditional buy-to-let investors were exiting the market at a rate of almost two to one and that this had aggravated a supply shortfall, which was pushing up rents.

“Overall, this investor flight from the rental market has inevitably resulted in a fall in stock,” stated the company’s latest report on the residential sector here. Using data from the Residential Tenancies Board (RTB), it calculated the number of tenancies declined by nearly 22,000 between 2016 and 2020.

Managing director Marian Finnegan said ex-landlords were not immediately reporting when their properties had been taken off the market and therefore there was a lag in the RTB’s figures.

The Government’s Housing for All strategy has identified the need for 6,500 new rental properties a year to cope with the additional demand.

In its report, the State’s largest estate agent noted rents rose 7 per cent annually in the second quarter of 2021, the highest rate of annual rental inflation since early 2019.

See also  State’s unemployment rate stays high at 21.9% in May

“Again, a lack of stock is the major cause of this heightened rate of growth. The supply of rental properties is extremely tight nationwide; however, it is most acute outside of Dublin,” it said.

The company noted overall transaction activity on the purchase side had now fully recovered and was even slightly ahead of its pre-pandemic levels. The second-hand market has been particularly robust with activity also very strong in more rural and coastal areas, it said.

Ms Finnegan said she expected headline house price inflation to average about 10 per cent this year – the company has a different gauge to the Central Statistics Office – before falling to 6-7 per cent next year. 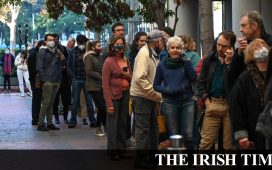