Former Autonomy chief financial officer Sushovan Hussain was alleged to be involved in two #MeToo-style incidents while he was working for Mike Lynch’s Darktrace infosec biz.

Hussain was named in a “formal allegation of sexual harassment” in 2018, made a month after his departure from the UK to stand trial on criminal charges in the US.

Biz mag Forbes mentioned, almost in passing, that at a dinner in New York in 2017, Hussain had allegedly “asked inappropriate sexual questions of one female sales employee and touched the leg of another”, quoting former Darktrace employees.

Hussain was also said to have overseen a Darktrace investigation into a senior salesman called Randy Cheek. The unfortunately named American, who denied wrongdoing, left the company’s San Francisco office in February 2018 after allegedly making “inappropriate comments to numerous female employees”, including allegedly asking an interviewee whether she had a boyfriend and telling another member of staff he was “looking forward to seeing you bend over in that dress”.

As Hussain was formally working for Invoke Capital, the Mike Lynch-owned firm bankrolling Darktrace at the time, Darktrace passed its findings to them, according to Forbes. The magazine said Invoke told them it “took action”, without specifying what that was.

We have asked Hussain’s UK lawyers if the man himself wishes to comment and will update this article if we hear back.

A Darktrace spokesman told The Register: “The [Forbes] article refers to incidents that took place almost three years ago. We regret these events ever took place but, as is clear from the article, we have always had a zero-tolerance attitude towards harassment or bullying of any kind. We took these incidents seriously, investigated thoroughly and dealt with them very quickly.”

Hussain was formerly the chief financial officer of Autonomy, the British software company founded by entrepreneur Mike Lynch. Hewlett-Packard, as was, bought it for $11bn only to write down its value by $8.8bn after a year, claiming it had been hoodwinked into believing the firm was bigger and better than it truly was. Both Lynch and Hussain deny all wrongdoing.

The one-time accountant was found guilty of fraud after a jury trial in the US and was sentenced to five years in prison there. He is mounting an appeal against his criminal conviction. Meanwhile, he is also awaiting the outcome of the marathon Autonomy trial in London’s High Court, which is set to rule on whether he and co-defendant Mike Lynch dishonestly inflated Autonomy’s published accounts.

Lynch has just been arrested and appeared at court earlier this week, following a formal request by the US Department of Justice for his extradition. The Register will be reporting proceedings. ®

Sponsored:
M3 – The ML, AL and Analytics Conference from The Register 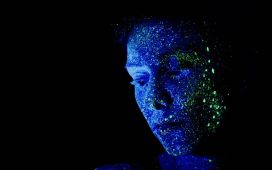 AI and Machine Learning Technologies Are On the Rise Globally, with Governments Launching Initiatives to Support Adoption: Report 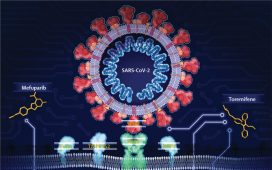 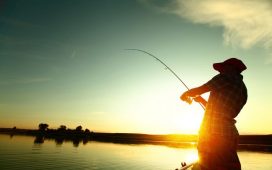 Your anti-phishing test emails may be too easy to spot. NIST has a training tool for that

Four-day week is a campaign worth watching