European stocks ended at a record high on Friday as weak US jobs data pointed to lower chances of early monetary policy tightening by the Federal Reserve, while optimism over a euro zone economic recovery lifted most sectors.

Global equities rose after data showed US non-farm payrolls rose less than expected in May, leading many to tone down expectations for hawkish signals from the Fed.

The data comes ahead of Fed and European Central Bank policy meetings next week, where investors will watch for hints on the tapering of their stimulus programmes.

The Iseq index ended the week on a mildly negative note, slipping 0.15 per cent in the session. It was a soft day for Ryanair, with the airline declining 0.8 per cent to €16.23 amid ongoing uncertainty about prospects for European travel this summer.

Packaging company Smurfit Kappa was another faller, down 0.55 per cent at €43.56, but there were better fortunes for food group Glanbia, which nudged up 0.2 per cent to €14.01.

Datalex, which makes retail software for airlines, shot up 8 per cent to 54 cent as it launched a €25 million equity raise. The company is seeking to repay loans from its main shareholder, businessman Dermot Desmond, and ensure it has enough working capital.

British shares struggled for direction on Friday as investors stayed away from making big bets in early trading, while airline stocks came under pressure after the tightening of travel restrictions.

READ  Subway picks Above & Beyond for UK ad account

The blue-chip Ftse 100 index was flat for most of the session, finishing up less than 0.1 per cent, while the domestically focused Ftse 250 index eked out a 0.1 per cent gain.

Aer Lingus owner IAG slipped 0.9 per cent after the UK government removed Portugal from its quarantine-free travel list, and added seven more countries to its red list. Wizz Air and EasyJet slipped 3.3 per cent and 2.6 per cent respectively.

Among other stocks, Reckitt Benckiser gained 1.3 per cent after analysts at HSBC raised its price target for the company’s shares.

Technology stocks rose 1.2 per cent and were the best performers for the day, led by Austrian chipmaker AMS. Shares of the firm rose 4.4 per cent after it announced the sale of its North American digital systems business to US-based Acquity Brands.

Wall Street stocks rose in early trading, with technology shares leading the way, as the weaker-than-expected jobs growth eased concerns about the economy running too hot and causing an early tightening of monetary policy.

The S&P technology sector firmed 1.8 per cent and other high-growth companies also advanced as longer-dated US bond yields eased.

AMC Entertainment reversed course to jump 9.5 per cent, a day after the Reddit darling completed its second share offering this week.

Pershing Square Tontine Holdings dropped 10.4 per cent on talks to buy 10 per cent of Universal Music Group in a deal that would value the label at $40 billion. 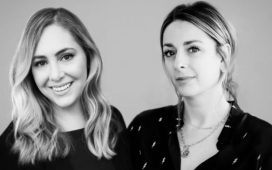 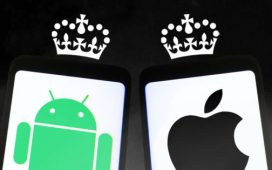