However, Germany’s Dax index ended 0.2 per cent lower, as major economic institutes in the country prepared to cut their gross domestic product (GDP) forecasts for Europe’s largest economy due to longer-than-expected Covid-19 restrictions.

Ryanair stood out among advancing large caps, rising 1.5 per cent to €16.07, as rival Easyjet said it is ready to “ramp up” its operations during the summer holiday season and offer more flights to passengers from late May, once Covid-19 restrictions are eased. Hostelworld added 5 per cent to €1.03.

FBD gained 3.2 per cent to €7.14, as investors speculated about who was behind the purchase of a 6.2 per cent stake in the insurer late on Tuesday.

UK shares ended higher, helped by gains in heavyweight energy and travel stocks, while Tesco slipped to the bottom of the index after reporting a 20 per cent drop in full-year pretax profit.

The blue-chip index rose 0.7 per cent, with BP and Royal Dutch Shell providing upward momentum, while commodity trader Glencore was the top gainer, up 5.4 per cent after Goldman Sachs upgraded the stock to “buy” from “neutral”.

However, gains were capped by Britain’s biggest retailer Tesco, which tumbled 2 per cent to the bottom of the FTSE 100, as the cost of adapting the business for the pandemic wiped out its “exceptionally strong” sales.

The blue-chip FTSE 100 has risen 7.4 per cent this year as investors bet on a faster pace of economic recovery as businesses reopen, further aided by vaccine rollouts and government stimulus. However, a recent surge in global Covid-19 cases and concerns of higher inflation have limited gains.

LVMH, whose luxury brands include Moët champagne, Hennessy brandy and fashion houses Louis Vuitton and Dior, jumped 2.9 per cent after reporting a strong rebound in first-quarter sales, defying the pandemic’s drag on the global economy.

Germany’s SAP advanced 1.1 per cent as it raised 2021 revenue outlook higher after reporting a quarterly rise in cloud sales.

Earnings helped offset concerns about a potential setback to the Europe’s Covid-19 vaccination programme after Johnson & Johnson said it would delay rolling out its vaccine in Europe.

European stocks have notched all-time highs in recent days on hopes of a strong quarterly reporting season, as well as a rapid recovery in the global economy despite a resurgent Covid-19 pandemic.

The S&P 500 and the Dow were ahead in early afternoon trading on Wall Street after upbeat earnings reports from Goldman Sachs and JP Morgan boosted investor expectations of a strong rebound for corporate America amid swift Covid-19 vaccinations.

Wells Fargo also jumped after the bank bounced back to a profit of almost $5 billion in the first quarter, ahead of Wall Street estimates as it reduced bad loan provisions and got a grip on the costs tied to its sales practices scandal.

“The bank earnings were strong, but the market expected them to be strong. So I think easy money has been made in the cyclical areas and it is going to be a little difficult now going forward,” said Christopher Grisanti, chief equity strategist at MAI Capital Management. – Additional reporting: Reuters 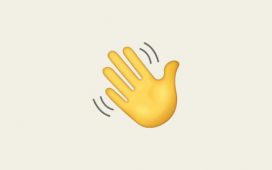 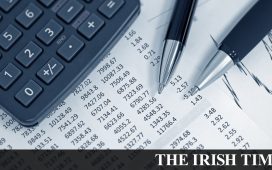