Germany-headquartered mobile banking startup N26 has raised a whopping $300 million in a series D round of funding led by Insight Venture Partners, with participation from Singaporean sovereign wealth fund GIC and a handful of existing investors.

This raise officially elevates N26 into the much-coveted unicorn club, bestowing upon it a valuation of $2.7 billion.

Founded in 2013 as Number26, the Berlin-based fintech startup rebranded as N26 in 2016 just as it obtained its own banking license. The underlying pitch behind N26 is one of speed and efficiency — it’s available only on mobile and the web, and it promises that anyone can open an account within minutes of applying. 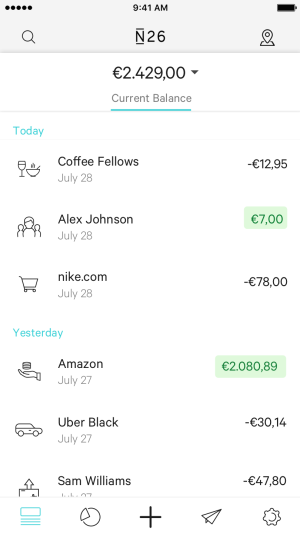 N26 launched originally in Germany and Austria, but it has been gradually expanding across the Europe and now claims more than 2 million customers in 24 European markets. Notably, N26 announced way back in 2017 that it was gearing up to launch in the U.S., its first non-European market, however that never quite materialized — it revealed a few months ago that it was instead pushing its U.S. launch date back to the first quarter of 2019.

Prior to now, N26 had raised around $215 million, including a $160 million tranche less than a year ago, and it already has some big-name investors including China’s Tencent and Peter Thiel’s Valar Ventures. Its fresh cash injection will be used primarily to spearhead its march into the U.S., which it now expects to happen in the first half of 2019.

“It’s increasingly rare these days to come across such a massive industry which hasn’t experienced disruption by technology,” explained Harley Miller, principal at Insight Venture Partners. “N26 is the clear market leader in the European mobile banking industry; the company is ideally positioned to expand to the U.S. market this year, and build a formidable global digital consumer brand.”

Similar to Chime, N26 isn’t expected to have its own banking license in place when it launches, though it hasn’t revealed which partner it will use to go into business.

In Europe, N26 has systematically sought to “rebundle” the banking industry by piecing together various third-party platforms and services that have emerged. Indeed, while it began life as a simple bank account, N26 now offers more “add-on” services — it partnered with TransferWise, giving N26 customers access to cheap international money transfer tools, and it also launched a new investment product with Vaamo and a savings account in partnership with Raisin. Later it went on to add insurance to the mix, courtesy of a tie-up with German insurance platform Clark.

It’s not entirely clear in what form N26 plans to go to market in the U.S., but previously it indicated that it would focus on a mobile-first checking account which will include a bank card, money transfers, cash withdrawals, and other features “tailored to the U.S. market.” That was its spiel in 2017, at least, but plans may have changed in the intervening months.

This latest fundraise also represents a boon for the German fintech startup sphere. The U.K. has traditionally served as the fintech capital of Europe, but with Brexit looming, Berlin and other cities across Europe will be eager to position themselves as the place to set-up shop. Financial service companies are already preparing for the worst-case scenario — around $800 billion in assets have been transferred out of the U.K. since the 2016 Brexit referendum, and yesterday London-based fintech firm TransferWise revealed it was opening a Brussels office and applying for a Belgian license to ensure it can continue to operate in Europe post-Brexit.

N26 launched in the U.K. last year, representing its first non-Eurozone market. But with the U.S. in its crosshairs, it is now looking to “reach over 100 million customers worldwide in the coming years,” according to a statement issued by the company. 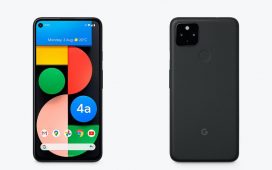 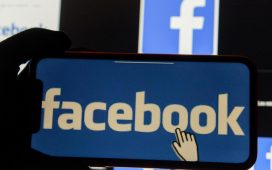 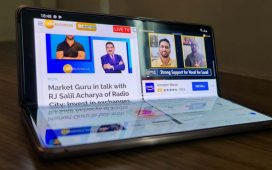 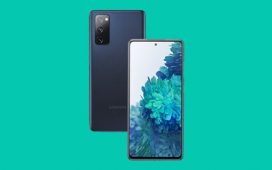 C by GE Smart Plug review: A simple WiFi plug in the C by GE ecosystem