The roadmap out of lockdown – England’s strategy to return to a life more normal – was heavy on dates from the start. The first three steps, in March, April and May, passed so smoothly that a crucial point was easily forgotten: reopening rested on data, not dates, at least that was what scientific advisers hoped. Well, now the data has spoken.

England is not in lockdown today. Children are back at school. Cafes, restaurants and pubs are open. People can mix indoors, albeit in small numbers. Thousands can watch football matches. As the country moved from one step to another, more contact between people was expected to fuel cases, hospitalisations and even deaths. To keep them to a minimum, we have the vaccination programme.

The race between the vaccines and the virus was finely balanced earlier in the year when the UK, under heavy restrictions, and much of the rest of the world, was facing the highly transmissible Alpha variant, first detected in Kent. But the emergence of the Delta variant, seen first in India, has dramatically changed the calculus. It spreads 60% faster than Alpha, causes more severe disease, and the vaccines are slightly less effective. Week-on-week, cases are up 45%, hospitalisations 15% and deaths 10%. The Delta variant is driving all this.

Armed with early data, outbreak modellers feeding into Sage have now produced scenarios for what might happen with the Delta variant. The limited understanding of how the virus behaves is compounded by guesswork around how people will act when the last remaining Covid restrictions are lifted, making all the modelling highly uncertain. But it makes for sobering reading. All of the five groups that submitted models to Sage saw a large resurgence in infections and hospitalisations if the step 4 lifting of restrictions went ahead on 21 June. That wave could be smaller than previous ones, or – as the latest Imperial College modelling, for example, shows – be worse than the devastating winter wave.

Will a delay of four weeks help much? Even a short delay would drive down the number of hospitalisations as more people are vaccinated – particularly with two doses – and the school holidays come closer. A four-week delay, modellers found, could reduce peak daily hospital admissions by a third to a half in the coming wave. Open up as planned and they could exceed 2,500 a day, but the pause would keep it nearer to a thousand. In January, daily hospital admissions peaked at more than 4,000.

But again, the uncertainties are huge. There are too many unknowns to predict how long cases will rise for, where they will peak, and crucially what impact they will have on hospitalisations and deaths.

It is possible that the delay will be extended, or that more restrictive measures are brought in. Scientific advisers expect cases to rise exponentially in the coming weeks. The hope is that in five weeks’ time – and preferably before – the rise in cases has started to slow, signalling that immunity through vaccines and past infections is finally pushing the epidemic back down. But what if they have yet to slow? Thousands of people being hospitalised each day – with no sign of let-up – would make the decision in July all the harder.

But there are more ways of controlling the virus than the roadmap. England has never quite nailed its Covid response and improvements to many of the existing measures would all help contain cases. The traffic light system for foreign travel is famously leaky and could be toughened up, if not made watertight, with comprehensive quarantine for travellers. Too few people are picked up by NHS testing because, fearing a positive result, many do not want to test themselves. More public places could be Covid secure, with better ventilation a priority, and face masks could be more widely used in schools.

In the meantime it comes back to data. A four-week delay may not stop cases rising, and if the north-west of England is any guide, the rest of the country should expect infections to pick up swiftly in the days ahead. Those will drive up hospitalisations, chiefly among 30- to 50-year-olds who are still awaiting second shots. Holding off on step 4 prevents the epidemic accelerating even faster and spilling over into more vulnerable groups who are sometimes not well protected by vaccines. It buys time for more people to get both shots – less than half of 40 to 49-year-olds have had their second dose – and for scientists to get to grips with how bad – or how fine – life after step 4 will be. 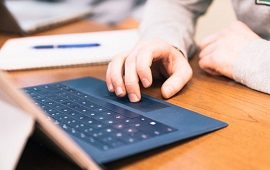 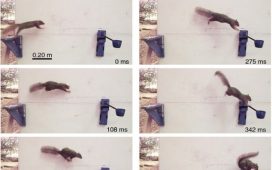 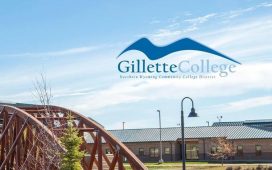 Gillette College Board of Trustees Candidate Questions: Round 3