Engineers reveal a prosthetic leg with a mind of its own

For an estimated two million people in the U.S. living with limb loss, commercial-grade prosthetics can be bulky, unintuitive, and still make everyday activities, like stepping over a sleeping cat, a challenge.

A team of engineers has designed a new approach to prosthetic limb movement that uses artificial intelligence to mimic the motion of the user’s residual leg, making the act of walking smoother and more intuitive.

What’s the news — In a study published this week in the journal Science Robotics, mechanical engineers from the University of Utah designed a way to control the movement of prosthetic limbs that allow for more natural interaction with new environments like balls bouncing into your path or stepping over rocks.

Previous work with powered prosthetics relied on preprogrammed behaviors based on the movements of non-amputee individuals, but the authors write that this approach — while effective — limits the use of the prosthetic to pre-mapped areas and obstacles. This would work great if you were only walking to the same places every day, but it’s not practical to retrain your prosthetic every time you want to go someplace new.

Instead of relying on preprogrammed movements to drive their prosthetic, the team turned to an adaptive A.I. that could better learn in the moment how to move.

How it works — Coauthor and assistant professor of biomedical engineering at the University of Utah, Tommaso Lenzi, tells Inverse that their A.I. works by collecting information about the user’s hip movements and using that to reinterpret the motion of the residual limb.

“When we walk, no two steps are the same,” says Lenzi. “If we encounter an obstacle, we lift our foot up and then forward to cross over it without stumbling. All these movements may look very different but have one thing in common: our joints move in synchrony and maximize smoothness… [This is the] principle that our AI system uses. One thousand times a second, the AI looks at the movement of the residual limb (i.e., the user’s biological hip, above the amputation) and plans new movements of the bionics joints that optimize smoothness, mimicking the biological leg.”

The team recruited three amputee participants and three non-amputee participants to test the A.I. limb in several different scenarios, including walking continuously on a treadmill with obstacles of varying sizes being tossed at them (the smallest being 4 in by 31 in by 2 in and the largest being roughly 1 foot by 2.5 feet by .6 feet) or walking across a short stretch of lab and stepping over obstacles.

Using an A.I. powered prosthetic, users were able to clear obstacles with ease.

What were the results — In a video released along with the study, the researchers show that participants wearing this A.I. prosthetic were able clear obstacles of increasing size much easier than other participants using passive (or, non-powered) prosthetics. From the video, you can see that the prosthetic limb anticipates the distance needed to clear the obstacle and purposefully bends its knee to accommodate.

Having the ability to intelligently bend the prosthetic knee can help users’ avoid using potentially damaging compensating actions, like swinging their whole leg over the obstacle, as the authors explain in the video.

Lenzi tells Inverse that amputee participants were able to traverse obstacles with a similar success rate to their non-amputee counterparts — though a little bit slower. In theory, Lenzi says their no reason a prosthetic limb like this couldn’t be used to help somebody dance at their wedding in the future.

What’s next — That said, Lenzi tells Inverse that there’s still a long path ahead for this research.

“[E]very day, we are one step closer to viable bionic legs but we are not there yet,” says Lenzi. “Moving from the lab to real-life is not only a scientific challenge but also an engineering challenge. AI and neural interfaces are fundamental but are not going to succeed without strong, efficient, and lightweight designs for these bionic legs. There is still a lot we need to do for the latter.”

Going forward, Lenzi says he’s excited about working with next-generation prosthetics that users can take home with them as well as developing neural controls that will let users more intimately control their prosthetic.

Abstract: Powered prostheses aim to mimic the missing biological limb with controllers that are finely tuned to replicate the nominal gait pattern of non-amputee individuals. Unfortunately, this control approach poses a problem with real-world ambulation, which includes tasks such as crossing over obstacles, where the prosthesis trajectory must be modified to provide adequate foot clearance and ensure timely foot placement. Here, we show an indirect volitional control approach that enables prosthesis users to walk at different speeds while smoothly and continuously crossing over obstacles of different sizes without explicit classification of the environment. At the high level, the proposed controller relies on a heuristic algorithm to continuously change the maximum knee flexion angle and the swing duration in harmony with the user’s residual limb. At the low level, minimum-jerk planning is used to continuously adapt the swing trajectory while maximizing smoothness. Experiments with three individuals with above-knee amputation show that the proposed control approach allows for volitional control of foot clearance, which is necessary to negotiate environmental barriers. Our study suggests that a powered prosthesis controller with intrinsic, volitional adaptability may provide prosthesis users with functionality that is not currently available, facilitating real-world ambulation. 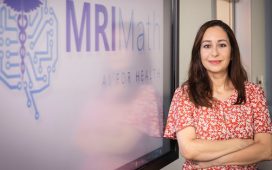 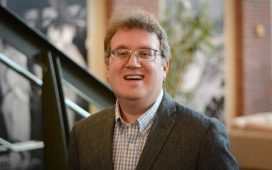 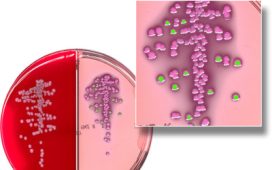