The New England Patriots
|  Special to the Ledger

This is a press release from the New England Patriots.

Following a commanding 42-14 victory on the road over unbeaten Old Colony on Friday night, Blue Hills Regional Technical School’s Ed Madden has been named the sixth New England Patriots High School Coach of the Week of the 2021 season.

Coach Madden, currently in his first year as head coach of the Blue Hills football team and a 2004 graduate of the school, kept his perfect coaching record intact as his Warriors took down Mayflower Athletic Conference inter-division opponent, Old Colony, on Friday evening in Rochester. With the win, Blue Hills improved to a perfect 6-0 record and extended their streak to 13 straight victories dating back to last season, the second longest active streak in the state.

Taking over head coaching duties this past year from legendary Blue Hills head coach, Ed Catabia, Coach Madden has used his experience and knowledge of the Warriors’ program to seamlessly transition to his new position as leader of the team. Madden worked under Coach Catabia for 15 years, serving in various roles such as assistant coach, offensive coordinator and defensive coordinator. A dominant running game this past Friday with 347 yards on the ground helped Coach Madden and the Warriors remain undefeated in the fall 2021 season.

Patriots, College, and Pro Football Hall of Fame linebacker Andre Tippett, now the team’s Executive Director of Community Affairs, met with the Blue Hills captains and coaching staff Tuesday morning to present the football program with a $1,000 donation on behalf of the Patriots Foundation in honor of Coach Madden. The visit and check presentation will be featured on the Patriots weekly television show, “Patriots All Access,” which airs on Friday night at 7 p.m. on WBZ-TV in Boston and will be available immediately after on Patriots.com.

This is the 26th year in which the Patriots have joined the National Football League in conducting the High School Coach of the Week program, which recognizes outstanding high school coaches and promotes youth football throughout New England. The 2021 season marks the tenth year that Tippett has taken the award on the road to visit the schools that benefit from the program.

A STREAK BORN OUT OF HEARTBREAK: HIGH SCHOOL FOOTBALL: A look at Blue Hills’ winning streak

“In just his first season as head coach, Coach Madden is already proving to be one of the top coaches in the league,” said Tippett. “Guiding the Warriors to a big win on Friday and a perfect 6-0 start to the season, Coach Madden was an easy choice for this week’s Patriots Coach of the Week honor.”

Blue Hills will look to extend their impressive winning streak to 14 when they visit conference opponent Tri-County on Friday, October 22 at 4 p.m. EST.

At the conclusion of the fall, one of the weekly winners will be named the New England Patriots High School Coach of the Year and will receive an additional $2,000 contribution towards the school’s football program.

For the 11th straight year, the Patriots will also be accepting nominations for High School Coach of the Week honors. Those who wish to nominate a high school football coach in New England who leads a team to an exceptional weekly performance or reaches a personal career milestone are encouraged to send submissions to nominatecoach@patriots.com. All nominations must be submitted following a team’s Friday night or Saturday afternoon game to be considered for that week’s Coach of the Week award.

The Patriots Foundation is the non-profit through which the Patriots support charitable and philanthropic organizations throughout New England. This support comes in the form of direct grants, in-kind donations and player appearances. The foundation assists a variety of charitable organizations and programs throughout New England by supporting their educational, family and health initiatives. 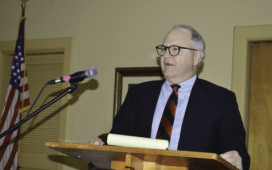 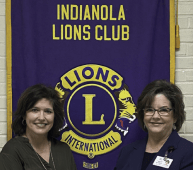 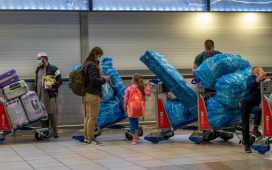 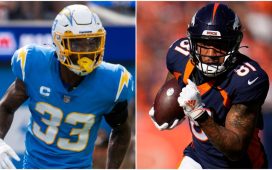 Chargers at Denver Broncos: Who has the edge? – Press-Enterprise

Bob Dunning: Have a heart, but who will it be? – Davis Enterprise 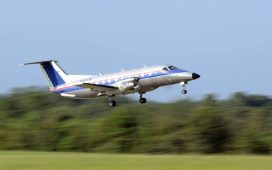