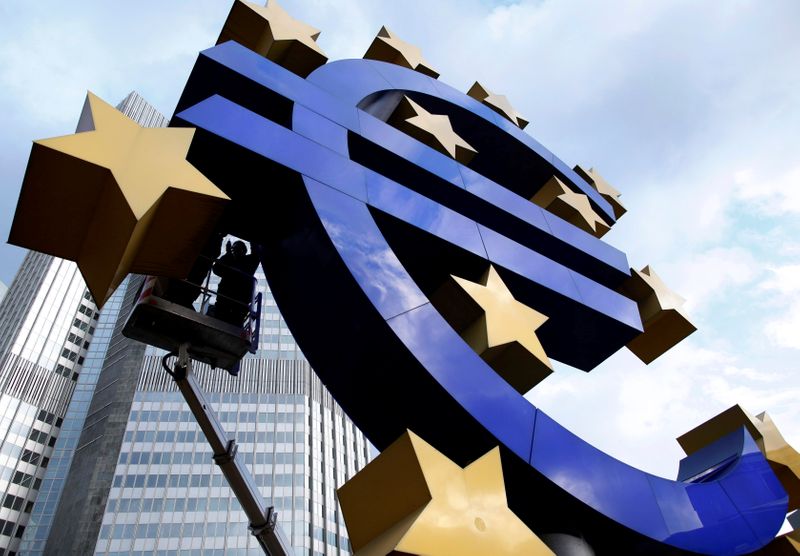 FRANKFURT (Reuters) – European Central Bank policymakers expressed fresh concerns over the euro’s strength but appeared relaxed over the recent rise in government bond yields, the accounts of their Jan 21 meeting showed on Thursday.

Having already approved copious stimulus in December, the ECB left policy unchanged last month, arguing that a recent surge in COVID-19 infections posed a risk to the euro zone’s recovery and could keep inflation depressed for years to come.

Although the euro had not moved significantly in the preceding weeks, policymakers appeared keen to emphasize their concerns over the exchange rate as it threatened to lower the price of imports and make exports less competitive.

“Concerns were voiced… over developments in the exchange rate that might have negative implications for euro area financial conditions and, ultimately, consequences for the inflation outlook,” the ECB said. “Ample monetary stimulus remained essential.

Policymakers agreed to reaffirm a commitment to maintaining favourable financing conditions but they appeared relaxed about a recent rise in bond yield, arguing that they remained at historical lows after adjusting for inflation.

“It was maintained that not every increase in nominal yields should be interpreted as an unwarranted tightening of financing conditions and trigger a corresponding policy response,” the ECB said.

“What mattered from a monetary policy perspective was the evolution of real rates, which had declined to record low levels in recent weeks,” the ECB added.

Nominal yields on most government bonds continued to rise in the following weeks, mostly on hopes for an economic recovery and a rebound in inflation.

READ  Oil heads for another weekly slide after coronavirus turmoil

The election of former ECB chief Mario Draghi as Italy’s prime minister also buoyed markets, welcome relief for the ECB as Italy’s ballooning debt is one of the top headaches for policymakers.