This year the exercise was conducted at the Army National Guard’s Professional Education Center on Camp Joseph T. Robinson in North Little Rock, Arkansas. Service members and civilian experts from 20 states and the U.S. territory of Guam gathered for the exercise.

“This is my tenth Cyber Shield. I’ve been around since the very beginning,” said Louisiana Army National Guard Lt. Col. Stephen Durel, the DCOE team chief. “I’m impressed by how much it’s grown over the years. This has been such a great opportunity for everyone involved and I really look forward to what they will continue to do in the future. It really does a lot for the Soldiers, Airmen and everyone who comes for the exercise.”

The annual exercise, led by the Army National Guard and assisted by the Air National Guard, is a concentrated effort to develop, train and exercise cyber forces in the areas of computer network internal defensive measures and cyber incident response, according to the National Guard Bureau.

“Cyber warfare is not just our future — it is our contemporary reality,” said Gen. Daniel Hokanson, chief of the National Guard Bureau during an April U.S. Cyber Command summit. “The National Guard is positioned to be leaders in the digital domain and continues to enhance our nation’s cyber capabilities in combat and in the homeland.

“With 4,000 National Guard cyber operators across 40 states, many working for leading tech companies, the National Guard has the knowledge, skills and abilities to play a critical role in the DOD’s cyber enterprise,” he added.

Effective cyber defense requires unclassified collaboration across multiple partners, said Maj. Gen. Rich Neely, the adjutant general of the Illinois National Guard and a master cyberspace officer. “We all need to be talking about these attacks and where they are coming from. To do that requires effective relationships and communications across all levels of government as well as the private sector.”

Neely said that many of those professional relationships the National Guard shares with its partners in cyber defense “all began at a Cyber Shield.”

On June 12, the second phase of the exercise began. This second week put the cybersecurity service members’ skills to the test pitting them against an opposing force of hackers. The cyber defenders worked on identifying an intrusion into a computer network and then countering the hacker’s actions, said George Battistelli, Cyber Shield 2022 exercise director and the deputy chief information officer for the Army National Guard.

“It is important for us to continue to train our Soldiers using real-world events, so they are able to cut down the noise and focus on the mission,” Battistelli said. “In the exercise, and in the real world, we strive to achieve and maintain information advantage over our adversaries.”

This year the Blue Teams – the “good guys” – worked to defend the military’s own computer networks. In the past, the exercise scenario has had the Blue Teams responding under the authority of a state governor. This year, they are responded under federal authority. This changes the policy and regulatory bounds as well as the legal authorities of the response.

“The Cyber Shield exercise is a great model,” Blake said. “The exercise pulls together an integrated team of experts, not just cyberspace experts. It addresses not just cyberspace operations in a vacuum, but how do you pull together other members of your team and make those missions successful.”

The Red Team – the “bad guys” – included some of the best cyber experts in the industry, said Illinois Army National Guard Lt. Col. Jeff Fleming, the exercise officer-in-charge. Fleming said that members of the Red Team wrote their own malicious code and a bug bounty hunter brought proof of concept code to test a zero day vulnerability he discovered to train the Blue Teams with very sophisticated and challenging situations.

This year the exercise had a “Purple Day” when the Red Team will meet with the Blue Teams to discuss the attacks, what was done, and where and when it could have been caught. This helped train the cyber service members to defend against real-world attacks.

The training cyber service members receive at Cyber Shield is vitally important to the ongoing effort to protect the nation in cyberspace.

“We have to be right 100 percent of the time,” Battistelli said. “Our adversaries only need to be right once to get into our networks.” 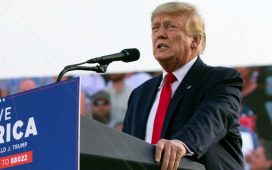