Check out the companies making headlines before the bell:

Darden Restaurants – The restaurant chain earned 92 cents per share for its second quarter, a penny a share above estimates. Revenue was very slightly below Street forecasts, and a same-restaurant sales increase of 2.1 percent was above the consensus forecast of a 2 percent rise. Darden also raised its earnings outlook for fiscal 2019.

FactSet – The financial information provider beat estimates by 6 cents a share, with adjusted quarterly profit of $2.35 per share. Revenue also came in above forecasts and FactSet maintained its prior full-year outlook.

Johnson & Johnson – J&J announced a $5 billion stock buyback and reaffirmed its full-year 2018 earnings and revenue guidance. The announcements come amid the controversy surrounding the company’s talc products and whether or not they contained cancer-causing asbestos.

Boeing – Boeing increased its stock buyback program to $20 billion from $18 billion, and also announced a 20 percent dividend hike to $2.055 per share.

CBS – CBS said it would not pay former chairman and CEO Leslie Moonves a $120 million severance package, after completing an investigation of sexual harassment allegations against Moonves. The board of directors issued a statement saying Moonves violated company policies, breached his contract, and did not cooperate fully with the investigation.

Qualcomm – Qualcomm said it believes Apple is violating the terms of a China court order to stop selling iPhones in that country. Apple said it pushed a software update to its iPhones that resolves patent infringement issues and puts them in compliance with the court order.

Kroger – Kroger Chief Financial Officer J. Michael Schlotman will retire from the supermarket operator April 3, although he will remain as executive vice president until he retires at the end of 2019. Gary Millchip, the chief executive of Kroger’s Personal Finance unit, will take over as CFO.

Goldman Sachs – Goldman Sachs ignored warnings signs in dealings with Malaysian investment fund 1MDB, according to The Wall Street Journal. The paper cites internal documents and people involved with 1MDB transactions. While Goldman has insisted that just two employees are responsible for the scandal, insiders told CNBC’s Hugh Son the deals were approved by committees staffed by top executives, including CFO Stephen Scherr.

NCR – NCR was upgraded to “top pick” from “outperform” at RBC Capital Markets, which cites a number of factors including more efficient cost management for the maker of automated teller machines and point-of-sale terminals.

Viacom — A judge ruled that CBS and Viacom controlling shareholder Sumner Redstone be placed under court-appointed guardianship due to his difficulties in speaking. The trust that controls the media giant remains under Redstone’s sole control, however, until he dies or is deemed incapacitated.

Rent-A-Center – The “rent-to-own” company terminated a deal to be bought out by private equity firm Vintage Capital Management, after Vintage did not extend a deadline to close the nearly $1.4 billion deal. The Federal Trade Commission had raised antitrust concerns about the deal, which was first announced six months ago. Rent-A-Center will receive a reverse breakup fee of $126.5 million. 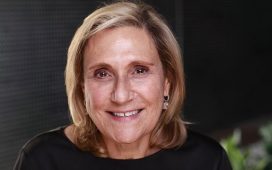 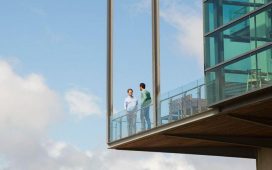 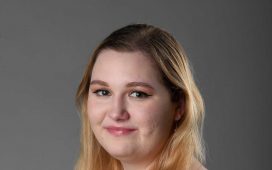