With a population of 21.4 million, Florida had just over 36,000 COVID deaths through May of this year. Taiwan, with 23.8 million residents, had 124 such fatalities.

What accounts for this staggering difference? Michele Gelfand, professor of psychology at the University of Maryland, states that social scientists are examining a heretofore overlooked socio-cultural factor: how societies respond to threats. Some societies have well developed “threat reflexes” that evolved over centuries dealing with chronic diseases, invasions, natural disasters and other existential perils. Others do not.

Societies exposed to constant threats and danger require stricter rules to survive while societies that have experienced fewer threats can afford to be more permissive. Gelfand notes the United States is separated from other continents by oceans, has abundant resources, and has faced relatively few invasions and natural disasters in its history.

When the pandemic struck in early 2020, Taiwan responded swiftly. The border was closed, wearing masks, social distancing and contact-tracing mandates were implemented. Florida’s state government did not respond to the coronavirus in a timely manner and a significant number of people, organizations and businesses resisted lockdowns, mask-wearing and social distancing.

According to Gelfand, countries that closely observe and enforce social norms are “tight,” while countries that celebrate individualism, freedom and creativity are “loose.” However, few, if any countries, can be categorized as exclusively tight or loose. Rather, they exist on a tightness-looseness continuum. Based on research conducted by Gelfand and her colleagues, Austria, Germany, Japan, Norway, Singapore, South Korea and Turkey are considered tight countries while Brazil, Greece, Netherlands, Spain, New Zealand and the United States “tend to be loose.”

Tight and loose countries “confer advantages and disadvantages” on their citizens. People in tight countries are more attentive to rules, have more impulse control, are more concerned about making mistakes and have a greater sense of uniformity. Residents of loose countries have lower impulse control and higher levels of financial debt, obesity, alcoholism and drug use. They are also more tolerant of people of different races, religions and sexual orientations, are more entrepreneurial and have much higher levels of creativity.

One of the most interesting aspects of Gelfand’s research is that tight and loose countries do not share any meaningful similarities such as geography, religion, language, traditions or economic well-being. Japan, one of the wealthiest nations in the world, and Pakistan, one of the poorest, have tight cultures while rich United States and poor Brazil are loose.

The coronavirus dramatically illustrates the consequences of how tight and loose countries responded to the pandemic. In a recent analysis of more than 50 countries, Gelfand and her colleagues found that countries with high levels of looseness had over five times as many COVID cases — and eight times the death rate — than nations with high level of tightness.

Gelfand notes that although there are exceptions to her tight-loose, threat response findings, the pattern is “overwhelming across continents and centuries.” Tightening is an important and effective adaptation that helps groups survive. This simple principle is at the heart of two problems plaguing societies today: the pandemic and populism.

Prior to the 2016 presidential election, Gelfand and her colleagues found that Americans who perceived significant threats to their well being — illegal immigration, a lack of good paying jobs, crime and terrorism, for example — wanted the U.S. to be tighter. This preference, “far more than political orientation predicted voter support for Donald Trump” as it did for populist candidates in other countries.

Gelfand argues that democracies have to reckon with this threat response psychology. While populist leaders come and go, threats — imaginary and real — will always exist and drive a desire for tightness.

Of particular interest is how some real threats — the pandemic, climate change, floods, droughts and massive forest fires, for example — have been minimized or all but ignored by populist leaders. They have convinced tens of millions of followers the real problem is not COVID and the increasing coronavirus death rate in this country but overzealous local, state and federal governments ordering freedom-inhibiting lockdowns and mask-wearing mandates.

Rep. Marjorie Taylor Greene (R- Georgia) and others draw parallels between vaccine passports and the “gold stars” Jewish people were forced to wear under Nazi rule. Fox News host Tucker Carlson told viewers that “buying a fake vaccination card is an act of desperation by decent, law-abiding Americans who have been forced into a corner by tyrants.”

Peter Freeman, a Republican National Committee official in Florida, refers to the COVID-19 vaccine as “the mark of the beast,” the sign representing allegiance to Satan. With anti-mask wearing Republican Gov. Ron DeSantis at the helm, in mid-August Florida had the highest rate of COVID hospitalizations per 100,000 people in the country.

Michele Gelfand argues the COVID pandemic is a dress rehearsal for future threats, and that government officials of loose countries will have to explain risks to their citizens in clear and consistent ways. I would argue this will be difficult — if not impossible — given the increasing global influence and political power of populist leaders and the near blind allegiance of their followers.

Gelfand states that New Zealand (only 27 COVID deaths as of Sept. 7 in a population of 4.86 million), a loose country, tightened when the pandemic began, loosened as the threat waned, then tightened to control the delta variant. She notes this is a textbook example of “tight-loose ambidexterity: the ability to tighten when there is an objective threat and loosen when that threat recedes.”

Can the U.S. implement this threat response strategy or have populist leaders and their adherents doomed the nation to endure the needles suffering, death and destruction of future disasters?

Gelfand, M. (2021) “The Threat Reflex: Why Some Societies Respond to Danger Better Than Others,” July/August, Foreign Affairs, pp.159-166 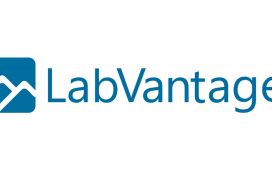 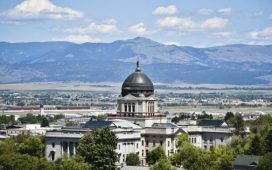 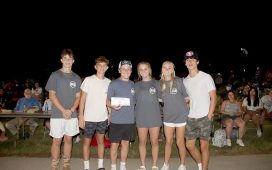