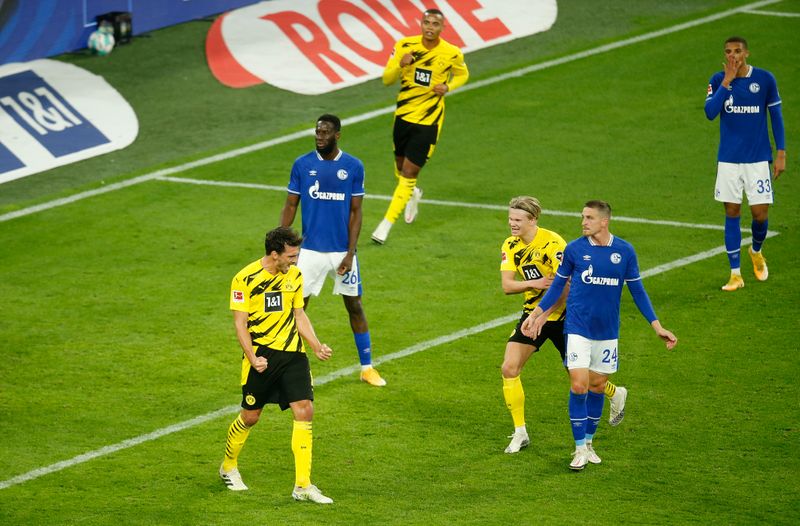 DORTMUND, Germany (Reuters) – Borussia Dortmund cantered to a 3-0 win over Schalke 04 in the Ruhr valley derby on Saturday to pile on the misery for their neighbours who have now gone 21 Bundesliga games without a win.

Schalke, one off the bottom of the table, managed to keep Dortmund at bay for 55 minutes until Manuel Akanji broke their resistance.

Erling Haaland, with his fifth league goal of the season, then added a second and Mats Hummels completed the scoring.

The win was a relief for Dortmund after their 3-1 defeat to Lazio in the Champions League on Tuesday and lifted them to third in the table with 12 points, behind Bayern Munich in second on goal difference.

Schalke, without a league win since beating Borussia Moenchengladbach on Jan. 17 and without a goal in their last three derbies, have one point.

Only 300 fans watched the game at Dortmund’s 80,000 capacity Signal Iduna Park stadium after local authorities lowered the limit due to a surge in COVID-19 cases.

They included one lone Schalke supporter, conspicuous in the team’s royal blue shirt, who left before the end.

“Schalke defended well, ran hard, tactically they were good. Sometimes you just have to break these teams,” said Hummels.

“Our gegenpressing was exceptional, we made them tired and I think when the first goal goes in against these teams then a crack opens.”

Raphael Guerreiro went close and Mahmoud Dahoud struck the bar from 30 metres as Dortmund dominated the first half.

READ  Fourth stimulus bill may not be needed if states bounce back: White House

Dortmund finally broke through from a corner when Guerreiro’s shot was saved by Frederik Roennow and Akanji, who has recovered from a COVID-19 infection, was quickest to the rebound.

A superb combination between Haaland and Jadon Sancho led to the second six minutes later. The Norwegian played the ball to Sancho who raced forward and sent a perfect through ball to Haaland who lofted it over Roennow.

Hummels completed the win with a powerful header from Guerreiro’s corner in the 78th minute.

“I am annoyed and angry. It’s no use just defending all the time. We want to and have to score goals,” said Schalke coach Manuel Baum.

“Our biggest problem is in our heads. When you have your first feelings of success, it can change very quickly. I remain positive and want to work on it.” 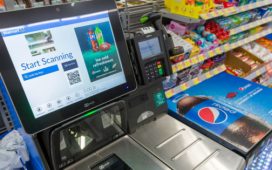 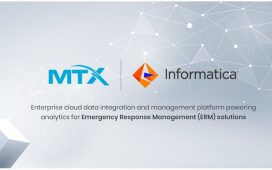 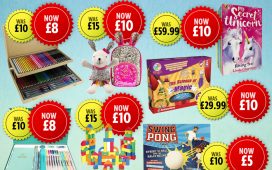 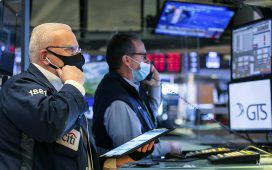 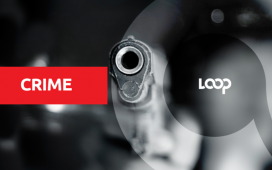