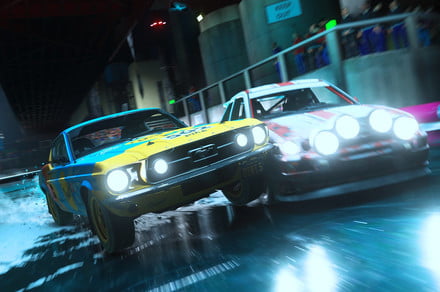 Microsoft has announced the next batch of games coming to Xbox Game Pass in February, and it includes racing games Dirt 5 and Wreckfest. Several Cloud games get touch control compatibility this month as well.

Dirt 5 lands on PC, console, and Microsoft’s cloud service on February 25. The racing game launched just before the Xbox Series X late last year and was considered a showcase of the next-gen console’s power. The game can be played in an impressive 120 Hz mode that offers clearer visuals. Its predecessor, Dirt 4, leaves Game Pass on February 24.

Wreckfest hits console, PC, and Cloud on February 18. The “full-contact” driving game is all about smashing cars together to create massive crashes, making it Game Pass’ answer to the PS Plus’ Destruction AllStars.

Also notable among the new additions is Pillars of Eternity II: Deadfire — Ultimate Edition. The critically acclaimed RPG is from Obsidian Entertainment, the studio behind Fallout: New Vegas. The game hits Cloud and console on February 18.

Rounding out the list of new additions is Killer Black Queen, an indie action platformer that hits console and Cloud on February 23, and multiplayer space exploration game Elite Dangerous, which hits all Xbox consoles on February 25.

In addition to the new titles, seven Cloud games will get touch control support on February 18. The list includes Neoverse, Spiritfarer, Yooka-Laylee and the Impossible Lair, and more.

READ  GameStop’s Earnings Could Be Ugly. Why the Stock Is Rising.