Digital health passport could end social distancing for £15 per person


A secure digital health passport system costing £15 a head could be the key to ending social distancing in sports and other entertainment venues, according to its developers.

Spectators would be tested for coronavirus in the days immediately prior to attending an event, and if the test is negative their unique digital passport would be scanned, verified and approved by venue officials from a distance of up to 100 metres.

Developers say the Covid-19 Rapid Test, which involves the finger being pricked to draw blood, takes one minute to administer and 10 minutes to deliver a result. The tests are 97.5 per cent accurate and test for early-stage infection, acute-phase infection and post-infection for the production of antibodies.

The inventors of the V-Health Passport have submitted their proposals for pilot tests, called Fans Are Back, to the Department of Digital, Culture, Media and Sport, with spectators set to return to venues on a socially distanced basis from October 1.

Mass gatherings have been banned since March to limit the spread of the virus.

Premier League clubs are understood to be keen to be involved in trials with spectators during pre-season friendlies next month, and the league is one of a large number of competition organisers in the United Kingdom, Europe and the United States who V-Health Passport representatives have been in contact with.

Teams and governing bodies are united in the view that it is not financially viable to open venues at anything below 50 per cent capacity, so a secure technology solution, coupled with a rapid testing kit, is vital in getting fans back into stadiums.

However, its chief executive and inventor Louis-James Davis is confident their system can get even the biggest venues up to full capacity, with those in attendance having the reassurance that they and the people around them are not infectious.

‘We’re creating a bio-secure environment by ensuring all fans – plus stadium staff, security officials, players and backroom staff – inside the stadium are tested and have proved their test result is negative on arrival,” Davis told the PA news agency.

‘Let’s say we do five of these pilot events which are a success. There is no reason why this then can’t be scaled up. It’s simply a case of increasing the staff to administer the tests. It will then over time gradually get back to normal because everyone can trust that it’s a bio-secure venue.’

The passport uses end-to-end encryption which Davis says makes it totally unhackable, unlike systems using QR codes which are vulnerable.

Davis says the £15 cost covers everything – the testing, administration of the passport and the bio-security checks at venues – and believes that even in the absence of a sponsor subsidising that, supporters would be prepared to pay more.

‘Clubs can’t charge fans a full season ticket cost if they can’t guarantee that they’re going to get in,’ Davis said.

‘So if the clubs said ‘right, you can come to these games this season, but it’s going to cost an extra £15 a ticket to come’, I would say that most people would go. The clubs might even concede that they have to absorb the £15. Without that revenue from spectators, the clubs cannot exist on advertising and sponsor revenue alone.’

The app works on a traffic light system – red for those who test positive, green for those who have tested negative and amber indicates a countdown trigger date to the next test date.

The period of time the passport can be valid for is at the discretion of the specific test – which in this case is for two weeks –  and then ultimately the company or governing body endorsing it.

Asked how confident he was that the government would approve the system for initial trials, Davis said: ‘We’ve got a considerable amount of interest from many clubs and governing bodies right across spectator sports to see these test pilots in action and prove they work and can be scaled. But any mass gathering of fans needs to have Government and DCMS approval.’

The first government-sanctioned test event involving spectators was the cricket friendly between Surrey and Middlesex last Sunday and Monday.

The first indoor event with restricted spectators will be the World Snooker Championship at the Crucible in Sheffield, which starts on Friday, followed by 5,000 racegoers attending the Glorious Goodwood Festival on Saturday.

All three of those tests rely on social distancing measures only.

READ  Indian shares end over 1 pct higher as heavyweights shine
Share on FacebookShare on TwitterShare on LinkedInShare on Reddit
techregisterJuly 29, 2020 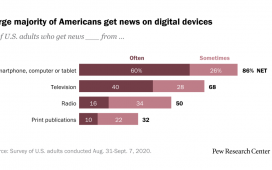 86% of Americans get news online from smartphone, computer or tablet 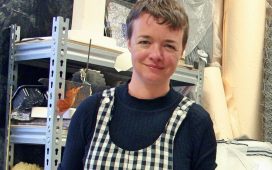 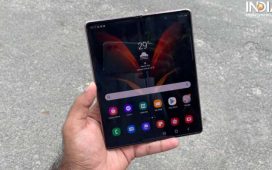 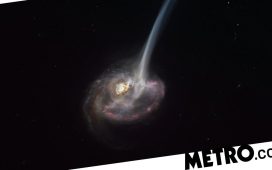 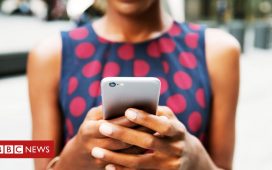 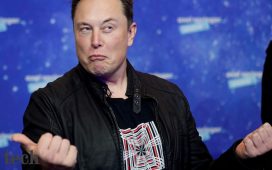 86% of Americans get news online from smartphone, computer or tablet

Twitter suspends 70,000 QAnon accounts in wake of US Capitol riots

Why Apple Enterprise Management is essential for businesses – Yahoo Tech