Diehard Trump Republicans on collision course with US business


Republicans supporting Donald Trump’s efforts to overturn the US presidential election are on a collision course with US business leaders, as companies reconsider support and funding for politicians they deem to be a threat to national stability.

The decision by 13 Republican senators to join most House Republicans in refusing to certify Joe Biden’s victory on Wednesday was quickly denounced by business groups, whose leaders voiced alarm at the threat it posed to a democracy that most had taken for granted.

Their action “undermines our democracy and the rule of law”, warned the US Chamber of Commerce, as a small business coalition blasted the “shameful complicity” of elected officials trying to help Mr Trump “undermine the will of the voters”.

Pointedly, several of the statements argued that indulging baseless conspiracy theories – including that Mr Biden only won thanks to mass voter fraud – was bad for business at a time when executives want Washington to tackle the economic fallout from Covid-19.

Richard Edelman, head of the eponymous public relations group, said: “CEOs are scared. They don’t like the idea America is a banana republic.”

A Financial Times analysis found that the 13 senators supporting Mr Trump’s last-gasp effort to cling to power have been bankrolled by some of corporate America’s biggest names. Together they received nearly $2 million over the 2019-20 election cycle from the political action committees of companies including Koch Industries, Berkshire Hathaway, UPS and AT&T.

Jeffrey Sonnenfeld, a Yale School of Management professor who convened a call of 33 top executives on Tuesday to discuss how business should respond, said there was “universal outrage” among a group that usually spanned the political spectrum.

In a straw poll taken during the call, 88 per cent said officials supporting Mr Trump’s stance were “aiding and abetting sedition”; just over half said they would consider cutting investment in the senators’ states; and 100 per cent said companies should warn lobbyists that they would no longer fund politicians denying the election results.

“These business leaders are certainly not going to be investing in the divisive fringe,” Prof Sonnenfeld told the FT.

Senators who should know better were “playing with fire”, added Tom Glocer, the Morgan Stanley director and former chief executive of Thomson Reuters. “If people are going to think twice before this political opportunism, we have to hit the only thing they care about” – campaign contributions.

However, some lobbyists in Washington cautioned that they did not expect a fundamental shift away from corporate donations to Republican lawmakers who have embraced Mr Trump’s defiance of an orderly transition.

They pointed out that corporate support is based on other issues that are important to them, and predicted that companies would wait to see how the furore over the confirmation played out. They added that the controversial incumbent senators supporting Mr Trump’s efforts could be preferable to potential primary challengers from the right.

Still, companies may face external pressure over their financial support for politicians who are pushing election fraud claims that have been rejected by a succession of courts and state officials.

Steve Schmidt, a founder of The Lincoln Project, warned on Sunday night that the political action committee led by Bush-era Republicans would turn its fire on corporate donors who professed support for racial equality while funding politicians seeking to “throw out millions of Black votes”.

In a series of tweets, Mr Schmidt threatened that his well-funded group would not just draw attention to companies’ political spending, but would “foment employee rebellions and shareholder revolts” in its effort to “strangle the money flow” to Mr Trump’s congressional supporters.

Such pressure could embroil many of the most prominent US companies, prompting renewed accusations of corporate hypocrisy. The FT’s analysis found that more than 20 Business Roundtable members – including EY, FedEx, Goldman Sachs and Microsoft – have funded at least one of the senators the group’s statement implicitly critiques.

Despite its statement decrying efforts to overturn the election result, the US Chamber of Commerce declined to say whether it would make vote certification a litmus test for its future Congressional endorsements.

“That means there are no consequences to a representative or senator who does not heed the chamber’s [request],” said Bruce Freed, president of the Center for Political Accountability, which tracks corporate contributions. Even so, Mr Freed said that companies faced “a moment of truth” with regard to their political spending.

“They’re signing up to Business Roundtable statements . . . but their political dollars haven’t changed,” he said, predicting that investors would ask tougher questions about the issue at upcoming annual meetings.

Daniella Ballou-Aares, chief executive of the Leadership Now Project, agreed that there had been “a step change” in the concerns of chief executives, following the senators’ announcement and the disclosure of Mr Trump’s call pressing Georgia’s secretary of state to “find” extra votes to overturn his election loss in the state.

Companies were interested in solving problems and many were now questioning the return on their investment in politicians showing little interest in finding bipartisan agreement, Ms Ballou-Aares added.

“If I were a government affairs office now I’d kind of want to ask for a refund if I’d supported those candidates,” Ms Ballou-Aares said of the Republicans who planned to defy the election result. “Whatever one thinks about corporate investment in politics, I think few companies thought when they were writing their cheques that they were giving licence for undermining democracy.” – Copyright The Financial Times Limited 2021 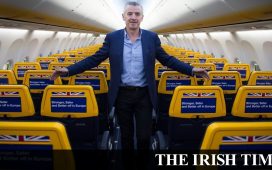 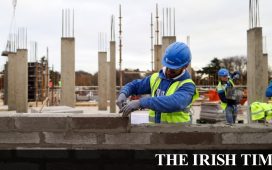 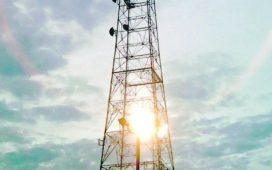 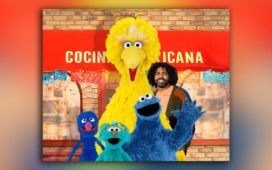