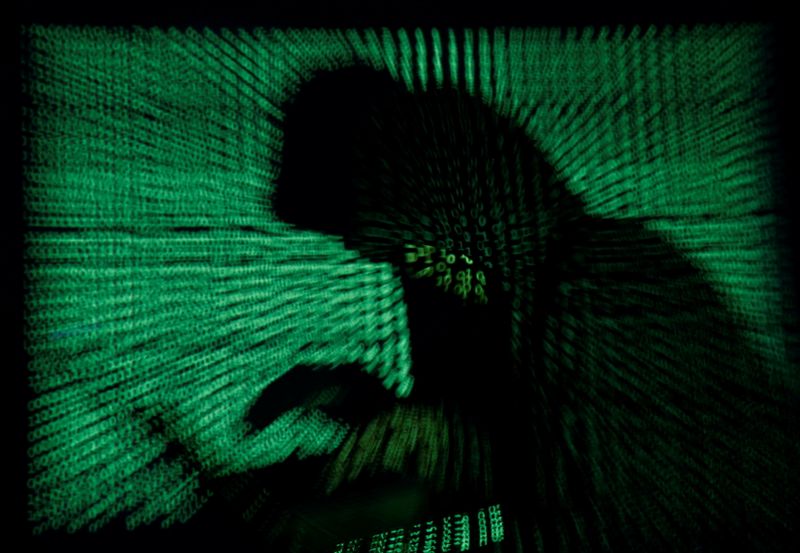 © Reuters. FILE PHOTO: A hooded man holds a laptop computer as cyber code is projected on him in this illustration picture taken on May 13, 2017. Top U.S. fuel pipeline operator Colonial Pipeline has shut its entire network after a cyber attack, the company said on

By Stephanie Kelly and Christopher Bing

NEW YORK (Reuters) -Top U.S. fuel pipeline operator Colonial Pipeline has shut its entire network, the source of nearly half of the U.S. East Coast’s fuel supply, after a cyber attack that industry sources said was caused by ransomware.

The company transports 2.5 million barrels per day of gasoline, diesel, jet fuel and other refined products through 5,500 miles (8,850 km) of pipelines linking refiners on the Gulf Coast to the eastern and southern United States.

Colonial shut down systems to contain the threat after learning of the attack on Friday, it said in a statement. That action has temporarily halted operations and affected some of its IT systems, the company said.

DarkSide is known for deploying ransomware and extorting victims, while selectively avoiding targets in post-Soviet states.

The malicious software used in the attack was ransomware, two cybersecurity industry sources familiar with the matter said. Ransomware is a type of malware that is designed to lock down systems by encrypting data and demanding payment to regain access. The malware has grown in popularity over the last five years.

Colonial has engaged a third-party cybersecurity firm to launch an investigation and contacted law enforcement and other federal agencies, it said.

Cybersecurity company FireEye has been brought in to respond to the attack, the cybersecurity industry sources said. FireEye declined to comment when asked if it was working on the incident.

The U.S. Transportation Security Administration told Reuters it is working with other agencies on the situation.

“Unless cybersecurity measures are embedded in a technology’s development phase, we are likely to see more frequent attacks on industrial systems like oil and gas pipelines or water treatment plants,” Pipikaite added.

Reuters reported earlier on Friday that Colonial had shut its main gasoline and distillate lines.

During the trading session on Friday, gasoline futures on the New York Mercantile Exchange gained 0.6% to settle at $2.1269 a gallon, while diesel futures rose 1.1% to settle at $2.0106 a gallon – both outpacing gains in . Gulf Coast cash prices for gasoline and diesel, meanwhile, edged lower on prospects that supplies could accumulate in the region.

“As every day goes by, it becomes a greater and greater impact on Gulf Coast oil refining,” said Andrew Lipow, president of consultancy Lipow Oil Associates. “Refiners would have to react by reducing crude processing because they’ve lost part of the distribution system.”

If the system is shut for four or five days, the market could see sporadic outages at fuel terminals that depend on the pipeline for deliveries, he said.

Gulf Coast prices could weaken further, while prices in New York Harbor could rise, one market participant said – gains that could portend increases at the Northeast pumps.

The American Petroleum Institute, a top oil industry trade group, said it was monitoring the situation.

Ben Sasse, a Republican senator from Nebraska and a member of the Senate Select Committee on Intelligence, said that the cyberattack was a warning of things to come.

“This is a play that will be run again, and we’re not adequately prepared,” he said, adding lawmakers should pass an infrastructure plan that hardens sectors against these attacks.

Colonial had previously shut down its gasoline and distillate lines during Hurricane Harvey, which hit the Gulf Coast in 2017. That contributed to tight supplies and gasoline price rises in the United States after the hurricane forced many Gulf refineries to shut down.

East Coast gasoline cash prices rose to the highest since 2012 during Hurricane Harvey and have not gone higher since, while diesel prices rose to a more than two-year high, Refinitiv Eikon data showed. 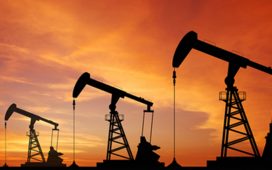