In breaking news this morning, customs arrangements for businesses importing goods from Britain are being temporarily eased as traders experience significant difficulties coping with post-Brexit border controls. Get the full story here.

Fears are growing that the Republic faces further drastic reductions in flights, as Aer Lingus reviews its 2021 plans and Ryanair pledges to cut services from the end of January. Barry O’Halloran has the story, which follows the largest Irish Sea ferry operator cancelling 12 sailings over the coming five days. Simon Carswell reports on the service reductions from Stena Line, which is pointing to problems caused by new customs and regulatory checks.

Supermarket chain Tesco is meanwhile in talks with the Irish and British UK governments in a bid to resolve confusion over post-Brexit tariff rules that could hit its shops here. Barry also reports on that.

Controversial Irish patent-holding company Neodrón has reached a multimillion dollar settlement with ten of the world’s largest consumer electronics giants over the use of intellectual property it owns, writes Charlie Taylor. The so-called ‘patent troll’ acquired a number of patents related to touch screen technology a few years ago.

Gordon Deegan reports that the Central Bank has not received any tenders for a €1.7 million contract to act as its independent external auditor over the next five years. The tender was issued last October.

Gordon also has details of the latest results for the operations of Smyths Toys in Britain and the North.

Finance Ireland, the largest non-bank lender in the State, saw its new lending jump 62 per cent to a record €793.8 million in 2019, before the company was forced to put plans for an initial public offering (IPO) in ice as a result of the coronavirus crisis. Joe Brennan has that story.

Estate agent Lisney has warned home sellers to price their properties “realistically” if they want to sell them quickly or else risk damaging purchase interest. Eoin Burke-Kennedy reports that the agent is finding prospective buyers are more sensitive to asking prices now that viewings are restricted due to Covid guidelines.

Eoin also takes a wider look at the economy in our longer read Agenda feature today. He notes our precarious economic position as 2021 kicks off and offers five key indicators that will allow us all to track how things are progressing as the months pass.

Still on the economy, Mark Paul has questions about how robust our data on Covid-19 is when it comes to making decisions about shutting down whole sectors. He argues “deficient” data has fuelled the hospitality industry’s sense of grievance at being blamed for the explosive spread of the virus last month.

Back with Brexit, John FitzGerald has dissected and digested the deal and concludes that while it’s not all good news for Ireland, it’s definitely not all bad news either.

In our Work section, Olive Keogh looks at performance reviews which, in normal circumstances, might be happening around now in many jobs. Do they still make sense, or are they, in the words of one expert, nothing more than “a completely discredited ritual”?

This week’s Wild Goose is New York-based Pauline Turley, who tells Joanne Hunt about working her way up from waitressing to becoming vice president of the Irish Arts Center in the city. The Down native says she admires the positivity of her adopted country: “People genuinely want to help,” she says.

READ  Google Will Ban Election-Related Ads After the Polls Close on Nov. 3

And finally, CPL Resources co-founder and chief executive Anne Heraty has been chosen as The Irish Times Business Person of the Month for November.

The Irish-listed recruitment company announced during that month that it had agreed to be taken over by Japanese group Outsourcing for almost €318 million in an all-cash deal.

What Marketers Should Watch for at the All-Virtual CES 2021 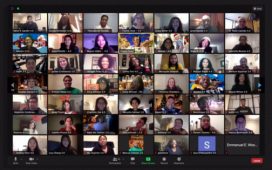 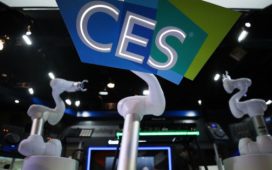 How the Pandemic Shaped the CES Agenda This Year