CureMD is cloud-based EHR provider that endeavors to be the “#1 most user friendly cloud EHR.” It can trace its roots over two decades back to 1997, when Bill Hashmat, and colleagues, founded the system.

Today, it gets used by over 30,000 clinical practices, including notably CuidaMed, making CureMD one of the first US based systems to be used by a leading South American HMO. With headquarters in New York, CureMD continues it global growth and reach with a presence in the US, South America, the Middle East, and Europe.

The cloud-based CureMD incorporates the expected features into their EHR offering, including core functions such as appointment scheduling, electronic charting, and e-prescribing. Data entry via the alternate method of voice dictation is supported, although not through handwriting recognition.

Also, there is a self service patient portal that patients can use to schedule their appointments, request prescription refills, update their health status, and have access to educational materials. Patients can also get their lab results, and get copies of their medical records. This patient portal in fact is ahead of the curve, and already meets criteria for Meaningful Use, Stage 2 in the US.

CureMD includes Avalon, an iPad app (that can also be used on the iPhone) designed for the busy clinician on the move. Designed with ease of use in mind, from this app the physician can access their appointments, review and even create patient notes, clinical histories, and the document manager, making it an ideal companion for on-call duty. Even more advanced functions are also available, such as verifying insurance eligibility, e-prescribing, collecting charges, and you can even dictate a note with the Siri voice to text engine doing the transcribing.

Another useful feature for CureMD is the lab interfacing technology, which facilitates both the ordering of new labs for patients, and also for receiving lab results electronically, avoiding any delay in obtaining results. Advanced features are also integrated, which can trend current labs against priors, provide alerts for abnormal results, and be capable of advanced reporting.

E-prescribing is another strong point of this EHR platform, that allows the clinician to connect with over 40,000 pharmacies, including both retail and mail order locations. Going beyond just the basics, the CureMD implementation includes functions for medication reconciliation, obtaining complete medication histories from pharmacies, controlled substance e-prescribing, and real-time prescription eligibility and formulary checks.

Billing is another function that CureMD supports, and this is inhouse, and not outsourced to another provider through the CureMD Medical Billing Service. Designed to handle end-to-end revenue cycle management, it also hones in on 32 various medical specialties to bring in maximum income. Their staff claims to get “You paid 6% more and 35% faster,” with assistance in claim creation, timely submissions, consistent follow ups, and even help with denials, and payment posting.

Simply put, each EHR has its drawbacks, including CureMD. One issue that surfaced is that while it is browser based, it can be picky about the browser used, and for many users, it only works with Internet Explorer, which is not the browser of choice for too many folks these days.

Other users take issue with the speed of the platform. They were encouraged by the support team at CureMD to upgrade their broadband connection to fiber, to add RAM to their computer, and to swap out the mechanical hard drive for an SSD. Despite their efforts, the issues still remain in electronic charting. Of particular concern is the length of time it takes to enter lab orders, with clinicians frequently behind in this activity as they have a busy office full of patients.

Yet another issue is the billing. Users have complaints about a billing department at CureMD that follows up on its claims too slowly.

The lack of flexibility of the platform also gets criticized. This includes note templates that cannot be modified, and appointment types that are not able to be color coded as some competing platforms do, for example to make it obvious which are the new patients that most practices block off more time for. Also, the types of reports that can be run are limited also.

While a company contact is required for the final pricing, we applaud that CureMD does provide a starting price upfront. Their EHR Cloud starts at $295 (£227) per month, although further details as to the number of users that it supports, or the costs for additional options, are not provided.

There is also an available free trial to help users decide if CureMD works for their practice. In addition, there is a “Limited time $0 switch to EHR” offer.”

CureMD runs on the MicrosoftDNA platform, with a client server, and with a mobile app. As it works as a SaaS, with cloud storage of the data, there is software for the Windows and Mac desktop platforms, and an iOS app for the iPad that was incorporated into version 10g. Unfortunately, there is no Android app.

During onboarding, the support options are many, with in person, live online, webinars, and documentation all useful possibilities. After the initial setup period, the lone option for support is online, with answers only during business hours.

CureMD is a popular EHR, with an emphasis on ambulatory practices. The strongpoints include a comprehensive platform for e-prescribing, a robust iOS app, and an easy to use, yet full featured self service patient portal. We also like the more upfront disclosure of pricing than most. The drawbacks include the lack of an Android app, the single browser support, the slower speed and the overall lack of flexibility. Overall, for an EHR in the outpatient setting, CureMD is a strong entry. 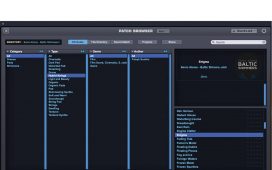 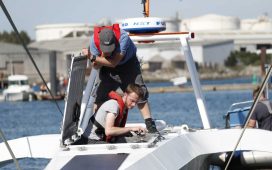 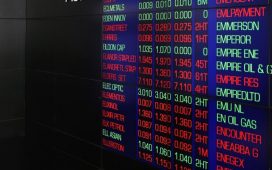 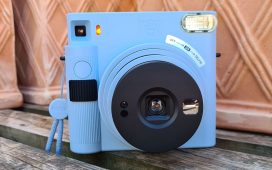 Why you should use Presto for ad hoc analytics

Wayback Wednesday: A little too literal-minded