Covid shows how the state can address social inequality

Vaccines have brought us within sight of a future free of Covid-19. Yet what that future looks like depends ultimately on us and our governments. The pandemic has widened existing social faultlines and created new ones. It is a fantasy to suppose that they will simply close and the economy and society will revert to some kind of pre-pandemic normal.

An ongoing review of inequalities in the UK and beyond — from the Institute for Fiscal Studies, funded by the Nuffield Foundation and which I chair — will recommend policies that might address these faultlines. Work on the review began in 2019 and examined material inequality but also other kinds, such as in education, employment, politics, geography and health. The pandemic has only made such work more urgent and its broad approach more essential.

Covid-19 has highlighted pre-pandemic inequalities more vividly than we could have imagined. It has cruelly exposed disparities in our abilities to weather threats to our livelihoods, to our children’s educational progress and to the physical and mental health of us all. These disparities reflect pre-existing inequalities in education, income, location and ethnicity in ways that can be hard to disentangle but that are also depressingly familiar.

Yet the pandemic also unleashed public policy responses on a previously unimaginable scale. These policies reflect the immediacy and severity of the crisis. They will not be sustained indefinitely. But they do illustrate the power of government to intervene to mitigate distress. As such, they give heart to those who believe that inequalities are not immutable.

READ  Some risk-adverse people use this investing technique, but here's why it could cost them

Even pre-Covid-19, material inequalities were of great concern. Graduates earned 60 per cent more than non-graduates in the UK, and 80 per cent more in the US. Since the pandemic, graduates in both countries were more likely to be able to work from home and protect their incomes and health. Rising stock markets also favoured the better-off, especially in the US where equity indices hit record highs. Meanwhile, the self-employed were hard hit. British pensioners with savings also prospered while the young struggled, exacerbating intergenerational inequalities.

Education is another window on to inequality. During lockdown, British pupils at private schools were twice as likely as state school pupils to get daily online lessons. Even within the state sector, pupils from better off homes, with better learning environments, were more likely to receive active support from schools. Indeed, since July, pupils from poorer areas and households have been more likely to miss days from school. This will create a legacy that will long outlast the pandemic, as kids who miss key educational milestones may never catch up.

All this affects mortality. Even before Covid-19, US adult life expectancy had been falling for non-graduates while rising for graduates. In the UK, mortality rates in deprived areas were almost twice as high as in the least deprived areas. The ratio for Covid-related deaths will be even higher.

Still, catastrophes can create space for reforms previously hard to imagine; they can also turn impossibilities into imperatives. The British government is committed to levelling-up; in the US, president-elect Joe Biden has nominated officials to his cabinets, such as Janet Yellen and Cecilia Rouse, who have long been concerned with reducing inequalities. It seems that the time for activist government is upon us.

In the US, healthcare desperately needs reform. During the pandemic, many lost health insurance along with their jobs. Many of the hundreds of thousands who were hospitalised may now face unpayable bills. Then there are the effects of technology. During the pandemic, inequalities, such as the massive increase in wealth accruing to tech tycoons, will bolster demands for more regulation and that their companies pay more taxes. There is also an urgent need to rethink how labour markets work. Good US jobs are being destroyed by high healthcare costs, and people find themselves working for contract supply firms or in zero-contract and gig jobs.

But my overarching worry is that voices against active government, temporarily stilled or overruled by the crisis, will return loudly. They will enjoy strong financial and intellectual support, and the pandemic will leave enormous debts used to justify their favoured austerity policies. There could be no worse sequel to the pandemic than the UK returning to further cuts in public services and welfare provision. If that happens, those most hurt by Covid-19 will be forced to pay for it. 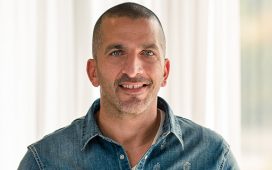 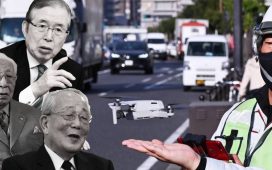