Fast and reliable internet access is essential for myriad reasons, from staying connected with distant family members and friends to working and studying. The urgency of the need for a solid internet connection has only been intensified by the COVID-19 pandemic, an event that has caused a substantial number of workers to do their jobs from home and students to study from home.

For lifelong Lisbon resident Sarah Sharp, the pandemic illustrated the need for faster internet in her community enough that she chose to act on it.

“I live in Lisbon and we need [faster internet] desperately, something that COVID made more apparent. My job is set up where I could work from home, but my home internet is not good enough. My child is not in school but she starts next year, so I worried about getting that inevitable quarantine call,” Sharp said.

Sharp decided to investigate the possibilities, so she reached out to her state representative, Sonia Barker (R-Smackover), after seeing a social media post Barker shared about a rural internet grant program.

“[Harrell ] was my go-to person. From there, he told me we needed the support of the county,” Sharp said.

Sharp’s next step was to contact County Judge Mike Loftin to solicit the county’s assistance in applying for the grant.

“[Loftin] didn’t hesitate, he said go for it,” Sharp said.

Her next step was, at the urging of Harrell, to start an online petition.

While Sharp was gathering these signatures – just over 400 in the end – the Planning and Development District worked on contacting internet service providers (ISPs) to act as partners in the venture.

They soon received interest from the ISP South Arkansas Telephone Company (SAT-CO), which then created a map of the potential coverage area.

Sharp’s next task was to provide evidence of the need for faster internet. She took several approaches to this, including a Facebook group that informed residents of the project and solicited their information, and gathering addresses from other sources, including local water companies.

The final big step in Sharp’s efforts came when Sat-Co provided her with sign-up forms that would establish the need for improved internet.

After a local resident donated $20 to Sharp to help with the efforts, she decided to solicit donations on the Facebook page to create a mailer for distributing the sign-up forms.

“The community really stepped up and showed how badly they wanted this to happen. We estimated the supply cost, asked for donations and we had it all within a day,” Sharp said.

They were able to gather around 200 sign-up forms with methods including a sign-up day and the mailer. With this collected, the grant application was created and submitted.

Last week, Sharp was overjoyed to receive a forwarded email from Harrell stating that the grant application was accepted, resulting in $2,185,320 in funding for the project.

“There was so much time put into this, and that time we all put in made it work,” Sharp said.

“This will change the lives of so many people in the county…It’s a game changer,” she added.

Sharp emphasized that the effort would not have been successful without help from Barker, Harrell, Loftin, Mike Lundy at Sat-Co and the many local residents who assisted in various ways.

Sharp said that her boss, Robert Reynolds of Shuler Drilling, helped out and even allowed her time to work on the project at work.

“It was a group effort. My main role was to show evidence that we need this and provide proof. I’m just a person who lives in the community and brought people together to try to do this,” Sharp said.

Harrell said in an email that the “grant is through Governor Hutchinson’s Broadband Grant Initiative, Arkansas Rural Connect (ARC),” which exists thanks to funds available through the CARES (Coronavirus Aid, Relief and Economic Security) Act.

“SAT-CO will lay fiber to the home and have up to one gig [of] service to households in the area. The final map of locations served is still under final development and is not available yet, but will generally be in the Lisbon area, between Union and Columbia Counties,” Harrell said.

The terms of the ARC grants, Harrell said, require that ISPs receiving funding must provide at least 25 mb/s download and 3 mb/s upload speeds.

Harrell praised those involved in making the grant happen and explained the specifics of official involvement in the grant.

“This project was a joint application between SAT-CO and Union County. Representative Sonia Barker and Judge Mike Loftin and SAT-CO were instrumental in advocating for and getting this project off the ground. It took a huge community effort from the local residents, including [Sharp] who did the lion’s share of the legwork to show the demand and interest. This is an incredible investment in broadband for Southwest Arkansas. The education and business opportunities that this technology will enable are endless… Southwest Arkansas Planning & Development District is so proud of the Lisbon community and was grateful to be a part of such an important project for the future of Southwest Arkansas,” Harrell wrote.

The project should be completed, according to the terms of the grant, no later than December 31, 2021. 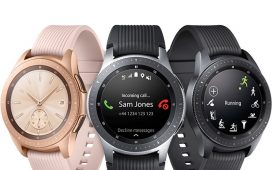 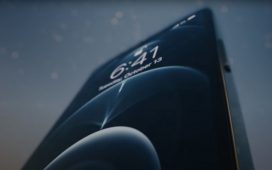 iPhone 13 to Include 1TB Storage Option and LiDAR Across the Board, Says Wedbush Analyst

Samsung Galaxy M12 is coming to India on March 11 with a surprise upgrade to a 90Hz screen – comments – GSMArena.com 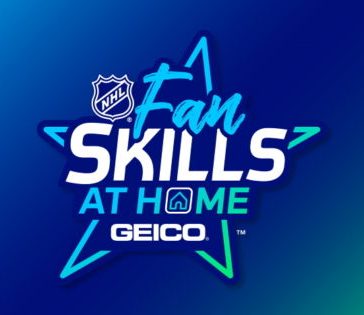