The coronavirus is taking a toll on the global technology industry. Apple and Google, among others, have begun closing stores and offices, limiting business travel to China and bracing for supply chain disruption as health officials around the world seek to contain the disease. The GSMA, the group that organizes Mobile World Congress, said it would have additional medical personnel on-site when the conference opens in Barcelona on Feb. 24. Several companies, South Korea’s LG, Sweden’s Ericsson and US-based Nvidia, have pulled out of the annual gathering.

In January, the World Health Organization on Thursday declared the 2019-nCoV strain of the virus a public health emergency of international concern, citing worries about its spread, particularly to countries “with weaker health systems.” The death toll has risen to more than 630 and the number of infections is approaching 32,000.

The virus was discovered in the Wuhan region of China late last year, and causes symptoms that are similar to pneumonia. It was first reported to the WHO on Dec. 31, with Chinese scientists linking the disease to a family of viruses that includes SARS and MERS (Middle East respiratory syndrome).

Infections have been found in more than 20 countries. Eleven cases have been identified in the US, where the disease has spread person to person in at least one case. It’s also been found in Australia, Europe, the Middle East and other parts of Asia.

Airlines have begun curtailing flights to China. United Airlines has suspended operations between its hubs and Beijing, Chengdu and Shanghai beginning Feb. 6 through March 28. The airline says it will operate “select flights” to ensure US-based employees and customers can return home, and It will also fly one daily flight between San Francisco and Hong Kong. Other airlines either canceling China flights or extending travel waivers include American, Air Canada, British Airways, Cathay Pacific, Delta, Lufthansa, Austrian, Swiss and Finnair.

The Allied Pilots Association filed a lawsuit seeking a temporary restraining order to suspend American’s US-China flights citing the “serious, and in many ways still unknown, health threats posed by the coronavirus.” American Airlines acknowledged the lawsuit and said it’s in touch with health authorities to “make sure we are taking all necessary precautions for our customers and team members.” A US flight attendants union is also urging flights to China be canceled until the outbreak is contained.

Many tech companies are monitoring the situation closely and have curtailed nonessential travel. Lenovo, the Chinese laptop maker, said it was avoiding large face-to-face meetings and allowing more people to work from home until more is known about the outbreak. HP has implemented some travel restrictions for employees going to and from China. Mozilla, which makes the Firefox browser, is making masks and hand sanitizer available. Facebook and Twitter are suspending nonessential travel to China, while Nintendo reportedly said production of its popular Switch handset in China was “seeing some impact from the coronavirus.” Five factories that make LCD and OLED panels are expected to see slowdowns in production, according to IHS Markit, a research firm.

Those companies aren’t alone. Here’s how the virus is impacting some of the biggest names in tech.

The iPhone maker has temporarily shuttered all of its stores in mainland China, one of its biggest and most important markets. Apple is also closing its corporate offices and contact centers in China through Feb. 9.

“Our thoughts are with the people most immediately affected by the Coronavirus and with those working around the clock to study and contain it,” Apple said in a statement Friday. “Out of an abundance of caution and based on the latest advice from leading health experts, we’re closing all our corporate offices, stores and contact centers in mainland China through February 9.”

The company said it’s online store in China remains open, and it will “closely monitor the situation” in order to reopen stores as soon as possible.

During its earnings call on Jan. 28, CEO Tim Cook said “a number” of Apple’s retail partners have closed their locations as well.

Apple has suppliers in the Wuhan area but also has alternative sources for the components they provide. The company is “working on mitigation plans to make up any expected production loss,” Cook said. What’s less clear is how the coronavirus will impact suppliers in other parts of China, he said.

The Chinese government extended the Lunar New Year holiday break from the end of January to Feb. 10, which will delay the startup of Apple supplier factories, Cook said.

All six Apple stores in Hong Kong remain open, and Apple is still looking to reopen its corporate offices next week through “consultation with public health experts and government authorities,” Bloomberg quoted the tech giant as saying. Apple didn’t immediately respond to a request for comment.

Deadly coronavirus detected in the US

The search giant said Wednesday that it’s temporarily closing all of its offices in mainland China, Hong Kong and Taiwan due to the health threat. The tech giant has also placed restrictions on business travel to China and Hong Kong.

Google employees in China and those with immediate family members returning from China have been told to work from home for at least 14 days. Google’s China business focuses mainly on sales and engineering for its advertising business.

The South Korean electronics company said it would “withdraw from exhibiting and participating” at Mobile World Congress 2020, citing concerns for the safety of its employees and the general public because of the coronavirus. The company said it wanted to prevent “needlessly exposing hundreds of LG employees to international travel.”

LG’s decision marks a high-profile cancelation for the annual show, which companies use to unveil their upcoming product lines. LG said will hold other events in the near future to promote its products.

Chinese company ZTE canceled its press conference at MWC, but  says it other scheduled activities would go ahead as planned. ZTE said it was taking other precautions because of the coronavirus outbreak, including quarantining all staff from mainland China for two weeks ahead of traveling to the Barcelona and making sure all senior executives involved in high-level meetings spent those two weeks of isolation in Europe.

The online retail giant says it has restricted business travel to China unless there’s a “business critical reason.” The company has also recommended that employees who have returned or will be returning from an affected Chinese province work from home for 14 days. If they experience any symptoms, they’ve been asked to get a medical consultation before returning to the office.

“We place tremendous value and focus on the well-being and safety of our employees,” a spokesperson said in a statement. “Out of an abundance of caution, we are restricting business travel to and from China until further notice and encouraging our employees to follow the health and safety guidelines provided by international health agencies such as the CDC (US Centers for Disease Control and Prevention) and WHO.”

The software giant has advised China-based employees to work from home and cancel all nonessential business travel until Feb. 9. It’s also advised employees to avoid nonessential travel to China based on the CDC’s recommendation. Microsoft has said it will make a 1 million yuan ($144,000) donation to the Hubei Red Cross Foundation to help with relief efforts in Wuhan and surrounding areas. The company estimates the risk to employees is low, and no employee has been affected at this time.

Microsoft maintains a global health response team that’s mobilized to protect employees based on an evaluation of recommendations by global health authorities, such as the WHO and the CDC.

The electric car maker is closing its new plant in Shanghai for up to a week and a half after the Chinese government told private companies to temporarily cease operations. CFO Zack Kirkhorn told investors about the mandatory closure during the company’s fourth-quarter earnings call. The shutdown may “slightly” affect first quarter profits, he said.

The closure comes shortly after Tesla had begun ramping up production at the facility. All private facilities will remain closed until Feb. 9, though utility firms and health care industries remain open.

The home rental service said it would offer guests and hosts affected by coronavirus the opportunity to cancel reservations without penalty. The policy applies to hosts or guests in Hubei Province, where Wuhan is located, with reservations between Jan. 21 and Feb. 8, as well as any guests already staying in Hubei.

The ride-hailing giant has temporarily suspended roughly 240 user accounts in Mexico to prevent the spread of coronavirus. In a statement on Twitter, Uber said it suspended the accounts in Mexico because those users had come in contact with two drivers possibly exposed to the virus. The company acted after receiving information from the Mexico City health department about a passenger who may have been a carrier of the virus. The affected accounts include two drivers who transported the individual, along with about 240 passengers who came in contact with those drivers.

Swedish networking giant Ericsson is the latest to pull out of MWC 2020, announcing the decision on Feb. 7.

“The health and safety of our employees, customers and other stakeholders are our highest priority,” said Börje Ekholm, president and CEO of Ericsson, in a statement. “We were looking forward to showcasing our latest innovations at MWC in Barcelona. It is very unfortunate, but we strongly believe the most responsible business decision is to withdraw our participation from this year’s event.”

Instead, Ericsson says it will unveil its new products and services at local “Ericsson Unboxed” events.

Foxconn has reportedly told its employees not to come back to work at its offices in Shenzhen, China, after the Lunar New Year break finishes on Monday, Feb. 10. While Foxconn last month said the coronavirus wouldn’t stop it from hitting its production targets, the iPhone maker is now working “to safeguard everyone’s health and safety and comply with government virus prevention measures,” Bloomberg reported Feb. 7 citing an internal memo.

“We urge you not to return to Shenzhen,” Foxconn reportedly said in a text message to employees. Foxconn didn’t immediately respond to a request for comment.

“Given public health risks around the coronavirus, ensuring the safety of our colleagues, partners and customers is our highest concern,” the company said in a blog post.

“We’ve been looking forward to sharing our work in AI, 5G and vRAN with the industry,” the company said in the post. “We regret not attending, but believe this is the right decision.” 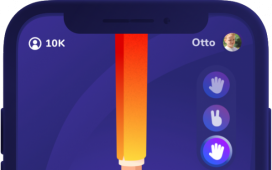 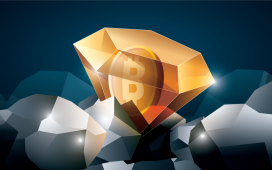 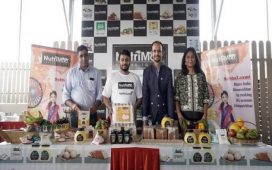