Watch live as climate protesters gather in Manhattan ahead of Cop26

Prime Minister Boris Johnson has said that there is “no chance” of reaching an agreement to prevent runaway climate change at Cop26 , given countries’ current carbon-cutting pledges.

Speaking at the G20 summit in Rome, he said: “Where we stand today, there is no chance of us stopping climate change next week.

“There is no chance of us getting an agreement next week to limit climate change to 1.5 degrees.

“What we could conceivably do if everybody gets their act together, what we could do, is get an agreement that means that Cop26 in Glasgow is a way station that allows us to end climate change,” he added.

The prime minister’s gloomy comments follow a failed attempt to persuade Chinese premier Xi Jinping to reach peak CO2 emissions ahead of schedule – in 2025 – rather than in 2030, as is China’s current plan. As China is the world’s largest CO2 emitter, and Mr Jinping will not be attending the climate summit, it seems unlikely that a deal preventing global temperature from rising more than 1.5C since industrialisation levels will be possible.

The climate summit is set to begin on Sunday in Glasgow, where 196 world leaders and some 20,000 delegates will come together to commit to reducing carbon emissions in hopes of avoiding a climate catastrophe.

Full schedule for this year’s Cop26 climate summit in Glasgow

Cop26, the 26th UN Climate Change Conference of the Parties will finally commence in Glasgow, Scotland, at the end of October, a year after it was delayed because of the Covid-19 pandemic.

Hosted by the UK under the presidency of former business secretary Alok Sharma and in partnership with Italy, the summit at the city’s SEC Centre will bring together the biggest gathering of world leaders ever assembled on British soil over the course of its 12-day run from Sunday 31 October to Friday 12 November.

The 197 signatories, or “parties”, to the UN Framework Convention on Climate Change will all be represented in Glasgow, along with tens of thousands of negotiators, government officials, businesses and activists, all hoping to make their voices heard and see a comprehensive plan drawn up to realise the goals of the 2015 Paris Agreement and avert the global climate catastrophe our planet faces.

What has changed since Cop25?

Remember Cop25? If so, it’s probably not for the right reasons. The last UN climate summit, held in Madrid in 2019, was characterised by squabbles among major polluting nations and ultimately a disappointing lack of action.

See also  Did you give Facebook your phone number? You can’t delete it or make it private

Now on the cusp of Cop26 in Glasgow – postponed for a year due the Covid pandemic – there is an even narrower window to meet the goals of the 2015 Paris Agreement, designed to curb even greater climate extremes.

Countries must commit to dramatically reduce their planet-heating emissions to keep global temperature rise to an increasingly ambitious 1.5C since pre-industrial times, or “well below” 2C. Currently, the world has heated about 1.1C.

Pre-Paris deal, the world was heading for temperature rise close to 4C, and while this has dropped, it is still tracking to hit more than 3C this century. The World Meteorological Organisation reported on Monday that greenhouse gas concentrations hit a record high last year, and increased at a faster rate than the annual average for the last decade, despite a temporary reduction during Covid lockdowns.

The Independent’s Senior Climate Correspondent Louise Boyle explains how much progress has been made since the last UN climate summit.

Torrential rain has caused flooding in west Scotland as downpour causes water-logging in Glasgow, with just three days to go for the crucial Cop26 summit.

Videos and photos posted on social media show roads inundated in water triggering a traffic jam, while the rail network has already been affected.

Earlier, the Met Office had warned of life-threatening flooding as it issued amber weather warnings for rain in north-west England and south-west Scotland.

How Cop26 summit will affect travel in Glasgow

More than 25,000 delegates are set to descend on Glasgow in less than two weeks when the Cop26 climate summit which was delayed by Covid-19 finally begins.

Hosted by the UK under the presidency of former business secretary Alok Sharma and in partnership with Italy, the summit at the city’s Scottish Event Campus (SEC) will bring together the biggest gathering of world leaders ever assembled on British soil.

The conference will run for 12 days, from Sunday 31 October to Friday 12 November.

Transport Scotland has warned that the scale of the event “is unprecedented in terms of impact on the transport network”. Joe Sommerlad reports

Cop26, the 2021 United Nations climate change conference, is nearly upon us and the urgency of the business in hand is being felt like never before.

Here at The Independent, we are offering you an exclusive way to receive a daily news bulletin direct from our correspondents on the ground at the summit.

Our team of dedicated environment and climate reporters will be compiling a newsletter on a daily basis and it will be sent out each evening of the summit bringing all the latest headlines from that day’s events.

The daily briefing will bring you up to speed on what has been discussed, what has been agreed, exclusive interviews our team will carry out with the delegates and others, as well as a behind the scenes view and analysis from the latest 24 hours in Glasgow.

Governments around the world need to invest more in technology to make green choices easier and cheaper for consumers, a top scientific adviser has said.

“We need collaboration internationally across science to make sure that we get innovation across the world accessible, and we need to build capacity for research and development in those countries which need it in order to get to the solution,” he told BBC Breakfast.

Encouraging people to cycle rather than drive will help to reduce emissions, he added.

Asked about the Budget incentive to encourage flying around the UK and whether it sent the wrong message, Sir Patrick said his scientific advice is that “all of us taking some action to reduce flying would be a beneficial thing” and there is a need to get to a sustainable way of flying.

Analsysts said the policy, which cuts the cost of domestic flights, encourages air travel over rail journeys at a time when emissions need to be cut.

Rachel Reeves, the shadow chancellor, described the move as “astonishing”.

She told BBC Radio 4 Today: “We wouldn’t have gone ahead with that cut. “I find it astonishing that, the week before Cop26, where we are supposed to be showing global leadership, we have cut air passenger duty on domestic flights.

“We should be encouraging people to use our train network for those journeys.”

Attenborough: Use Montreal protocol as template for success at Cop26

In a speech on the polar research ship named after him, Sir David Attenborough called on world leaders meeting for the Cop26 climate talks to listen to the science.

The RSS Sir David Attenborough is moored in London ahead of its first Antarctic mission later this year.

He pointed to how quickly world leaders acted in response to evidence from British scientists in the 1980s of the damage to the ozone layer, agreeing the Montreal Protocol to phase out CFCs just two years later.

He said: “We all know the magnitude of the dangers facing us in the immediate future.

Boaty McBoatface, which has been renamed RSS Sir David Attenborough

“Would it not be marvellous to suppose that as a consequence of our discoveries, and science’s discoveries, the nations of the world joined together and actually did something in this coming Cop?” he said.

He said he hoped and prayed that the conference took action and that nations get together and listen to the science of what has to be done if the world was not to be overcome by climate change.

He said he was very proud and could think of no greater compliment than to be associated with the vessel.

In a speech on the polar research ship named after him, Sir David Attenborough called on world leaders meeting for the Cop26 climate talks to listen to the science.

A $1bn plan backed by the UK and EU to protect the world’s second-largest rainforest could allow for more industrial logging that it is feared will wipe out the forest within decades, according to leaked documents seen by The Independent.

Shell not attending Cop because oil and gas giant ‘not welcome’

A climate summit aimed at reducing emissions might not be a whole lot of fun for oil and gas executives.

And it looks like Shell, the Anglo-Dutch multinational, is opting to stay away.

According to Emily Gosden, energy editor at The Times, the firm won’t be rocking up to Glasgow because “we were told we were not welcome so we will not be there”. 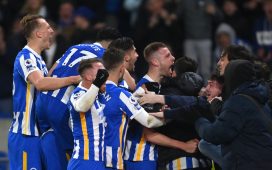 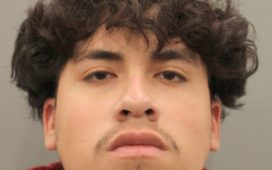 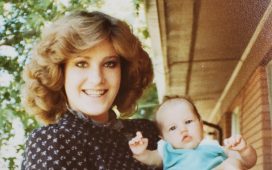 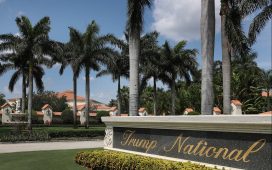 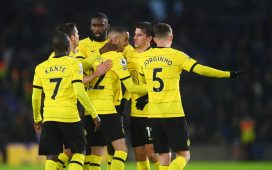 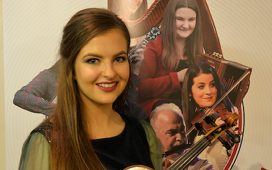